Apple took the wraps off of a bounty of exciting new hardware products at WWDC 2017 earlier this month, including newcomers like the HomePod Siri speaker, as well as refreshes in a variety of other product categories from iMac to MacBook, and MacBook Pro to the upcoming iMac Pro. As rumored in multiple reports, most notably by KGI Securities analyst, Ming-Chi Kuo, Apple also showed off a duo of new iPad Pro models at WWDC: a refreshed 12.9-inch variant, and a first-of-its-kind 10.5-inch variant, which comes off the heels of months worth of rumors and renders and quantitative anticipation.

While the earliest reviews of the ultra-powerful, thin-bezeled iPad Pro have shown that it’s quite the impressive and capable mobile computing device, iDrop News has finally had a chance to spend some hands on time with the tablet. And though it may be cliché, so far we’d have to agree with the pundits: the 10.5-incher is quite possibly Apple’s best iPad yet. Here are 4 key reasons why we think you’ll love the 10.5-inch iPad Pro. 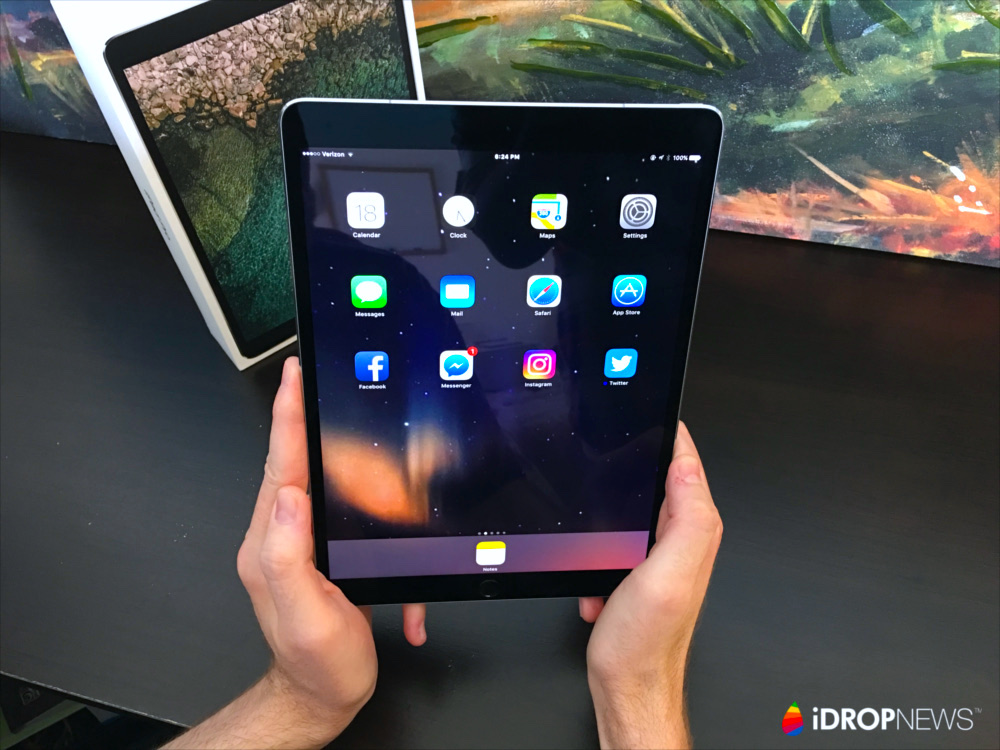 At just 1.03 pounds, Apple’s newest iPad Pro clocks in at exactly the same weight as its latest, entry-level 9.7-inch iPad and the iPad Air, but is approximately half a pound lighter than the behemoth 12.9-inch iPad Pro. Having previously spent time with the original, 1.49 pound iPad Pro, we can say with certainty that Apple has done a phenomenal job in designing the 10.5-inch iPad. By trimming the bezels on either side by several millimeters, and lengthening the chassis by about half an inch, Apple was able to achieve a form factor remarkably similar in size, weight, and portability to the 9.7-inch iPad — all while incorporating a gorgeous, high-definition Retina display that’s 20% larger. The device is also extremely comfortable to hold, thanks to its light-weight chassis and compact footprint.

Up until now, Apple’s iPad models were limited to a 60 Hz refresh rate, meaning the LED display has been capable of showing 60 frames per second. While impressive, Apple has seriously upped the ante in the new 10.5-inch iPad Pro. The tablet now boasts a proprietary display technology Apple has dubbed ProMotion, which increases the refresh rate to a staggering 120 Hz (or 120 frames per second.) What this means, in essence, is that the 10.5-inch iPad Pro’s display renders images and navigates content with such buttery-smooth precision and ease — you simply have to see it (and touch it) to believe it. There’s been no instances of the dreaded ‘ghosting effect’, where the display shifts and takes a second or so to buffer text or images. What you get, rather, is a truly remarkable display, featuring a generous 1668 x 2224 (~265 ppi) resolution, TrueTone and Nightshift technology, and all the great accessibility features iOS has to offer.

The 10.5-inch iPad Pro is simply the fastest device Apple is selling right now (well, aside from Mac computers, of course, although Geekbench scores did reveal that the iPad Pro is essentially as fast as a late 2016 MacBook.) Likewise, the iPad Pro was determined by Geekbench to boast over double the raw performance of Apple’s original, 12.9-inch iPad Pro, which itself was a powerhouse. Unlike Qualcomm, makers of the Snapdragon SoCs found in some Android devices, Apple has historically refrained from sharing details about raw clock speeds or features of its A-series silicon, mentioning only the key details — how it’s 20% faster, or 40% more likely to knock your socks off, than the previous generation. Geekbench has revealed, however, that the A10X is a quad-core, 2.39 GHz SoC, which is just slightly more powerful than the quad-core, 2.34 GHz A10 Fusion powering the iPhone 7 and 7 Plus. 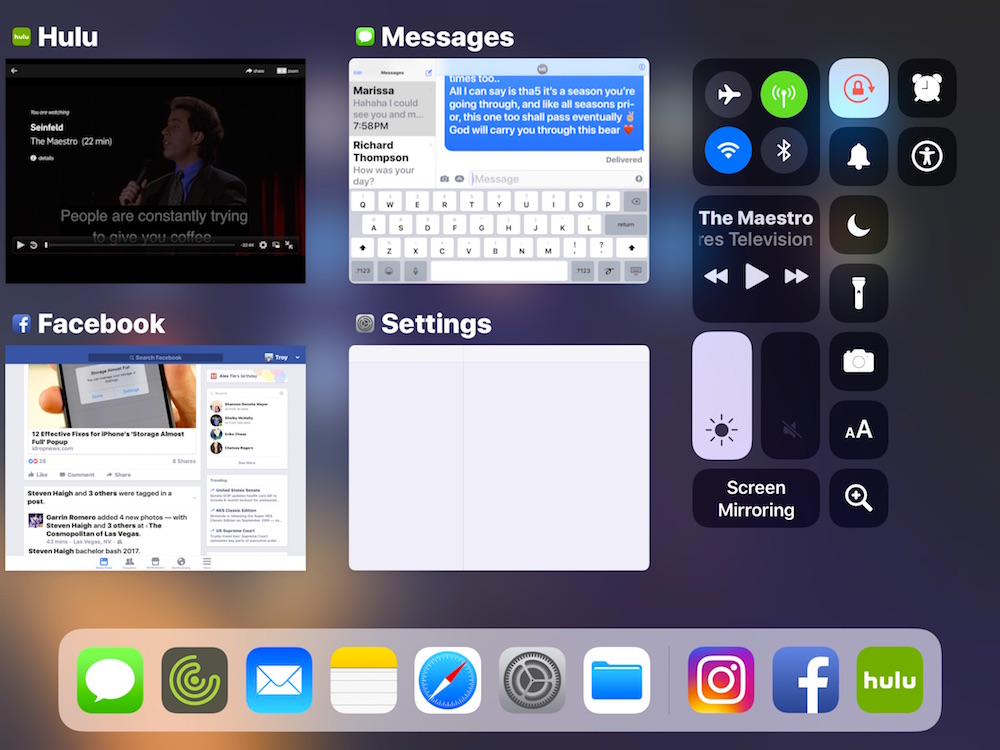 While the 10.5-inch iPad Pro is technologically more powerful than some laptop and desktop PCs, it’s worth noting that in its inherent form, running iOS 10.3.3, the breadth of what the new devices have to offer won’t be actualized until iOS 11 is released later this fall. That’s because the upcoming software for iPhone and iPad will include a laundry list of features exclusive to iPad. We were able to get our unit up and running on the first iOS 11 public beta, however, and while the device’s performance has been somewhat shaky due to the rudimentary, unstable nature of early beta software, we were able to get screenshots of key new UI features. You can see the new dock, which allows you to place frequently used apps for easier access and multi-tasking, as well as the all-new Control Center/App Switcher view. All in all, the interface is solid and easy to navigate. There was a learning curve, of course, coming from iOS 10 — but the new features in iOS 11 are well worth the adjustment.

It may seem like overkill for Apple to throw yet another iPad model into its range of offerings. (7.9-, 9.7-, 10.5- and 12.9-inch iPads are all currently available.) — I mean, if anything it begs the question: how many iPads do we really need? Well, while the 10.5-inch model may seem out of place, like just another choice among the many we already have to choose from, the newest addition to the iPad family provides a unique, first-of-its-kind experience that you just won’t get on any other iPad. It’s smooth as butter, fast as lightning, and lighter than a couple magazines — all at the same time. It’s an all-around amazing tablet that, come iOS 11, will surely be giving PCs a run for their money.