Apple is giving its iMac lineup a huge upgrade when it comes to graphics capabilities and performance enhancements, the company announced during its WWDC ‘17 keynote address. Additionally, Apple gave a sneak peek at the all-new iMac Pro, what it calls the “the most powerful Mac ever made.”

The entire iMac lineup is getting a boost, including a 43 percent brighter Retina display that will support over 1 billion colors. In addition, the 2-in-1 desktops will be equipped with Intel’s latest 7th generation Kaby Lake processors. The 21.5-inch iMac can be configured with up to 32GB of RAM, while the larger 27-inch model tops out at 64GB of RAM.

The iMac lineup’s GPUs are getting a boost, too. The entry-level 21.5-inch iMac will be equipped with an Intel Iris Plus 640 graphics cards, while the 4K 21.5-inch model will be outfitted with the Radeon Pro 555 or 560 GPUs. The 27-inch 5K iMac will also have a choice between the Radeon Pro 570, 575 and 580 GPUs — with a maximum of 8GB of VRAM available. The physical design of the iMac lineup remains relatively unchanged, but the latest 2-in-1 desktops will be equipped with two Thunderbolt 3 USB-C Ports — the first Apple desktop to receive the new standard. 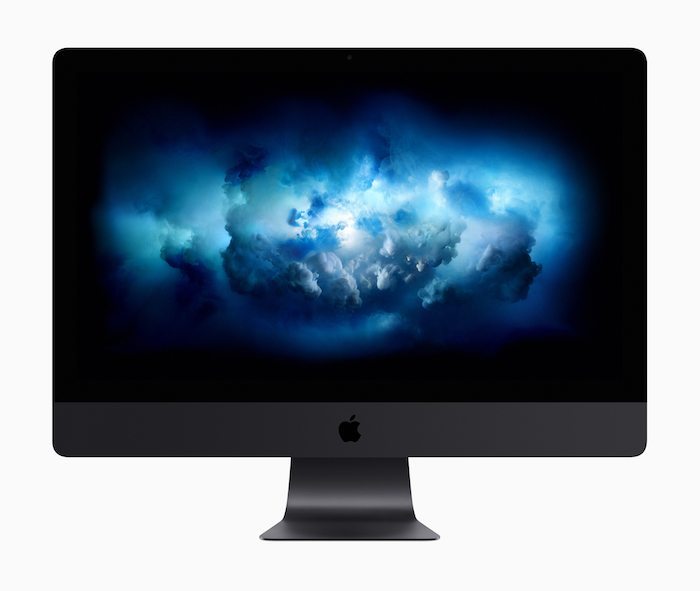 Alongside the incremental iMac upgrades, Apple also gave a sneak peek of the iMac Pro — a desktop that the company calls “the most powerful Mac ever made.” The new machine will combine professional workstation-level performance with Apple’s popular and convenient iMac design. To help the desktop stand out even more, it’ll ship in an all-new space gray finish.

The iMac Pro will feature Intel’s next-generation Xeon processors — with available configurations up to 18 cores. It’ll also feature all-flash and innovation thermal architecture, giving the iMac Pro up to 80 percent more cooling capacity. On the GPU side, the iMac Pro will come with the Radeon Pro Vega graphics card — which will be the most advanced GPU ever put into a Mac. The iMac Pro will support up to 4TB of SSD storage and up to 128GB of ECC memory, and will feature four Thunderbolt 3 USB-C ports and a 10Gb Ethernet port. Like the standard 27-inch iMac, it’ll also pack Apple’s 5K Retina display with support for one billion colors.

All in all, the platform will allow for extremely high performance for “advanced graphics editing, virtual reality content creation and real-time 3D rendering.” And perhaps, most of all, the machine cements Apple’s commitment to its pro community. The iMac Pro will start at $4999, and is slated to ship in December.