In the same fashion that the iPod revolutionized portable music, the HomePod seeks to change the way we listen to music in the home. Validating previous leaks and rumors, the HomePod will feature advanced acoustic technology, with seven tweeters and an upward facing subwoofer, which will make the HomePod incredibly loud compared to other smart speakers on the market. The speaker will also feature “spatial awareness” which will tune the sound output to match the size of the space that the speaker is set up in. All of this technology is powered by Apple’s proprietary A8 Chip. 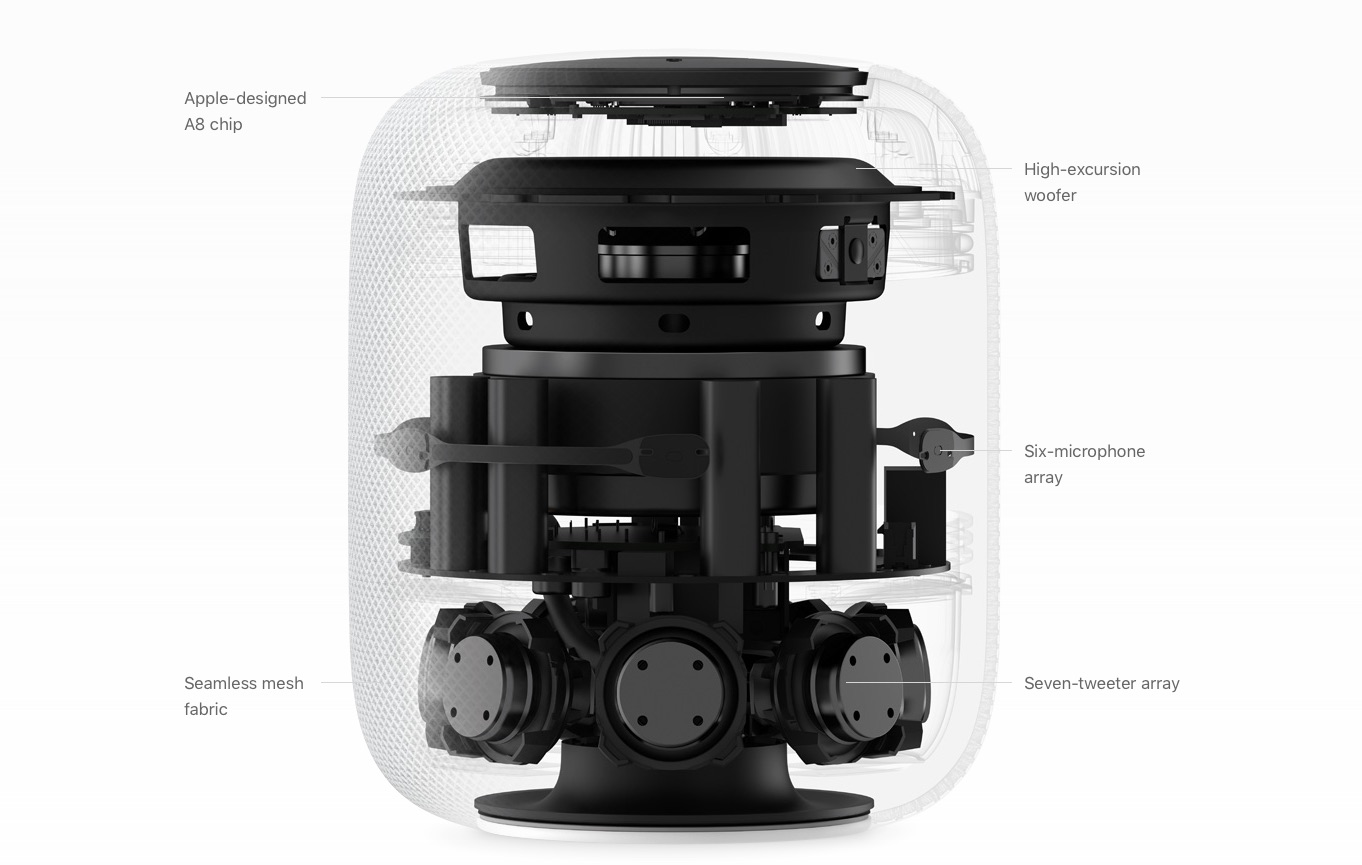 Setting up the HomePod will be incredibly easy, and similar to Apple’s AirPods. Hold your iPhone 5s or later up to the HomePod for a near-instantaneous connection. In addition, multiple HomePods can be used in conjunction with one another for improved sound. Apple tested two HomePods together, however it is unclear exactly how many can be used together at this time .

Siri will be onboard – using an array of six microphones she’ll be able to respond to your requests to carry out her usual tasks like reading sports information, setting reminders, checking the weather, playing your library of Apple music and much, much more. You’ll even be able to send iMessages.

Apple noted the importance of privacy and security during the keynote, mentioning that the HomePod’s microphones will only turn on when the user speaks the keywords “Hey Siri” and your private information will not be sent to Apple’s servers any time before.

The HomePod is a small cylinder, covered in mesh, which will be available in Space Grey and White. It’ll cost $349 when it becomes available to residents of the US, Australia, and the UK in December.