Apple today announced upgrades to its iPad Pro lineup, including the introduction of the highly anticipated 10.5-inch iPad Pro and a slew of iPad-centric updates included in iOS 11.

The new 10.5-inch iPad Pro, which was the subject of many rumors before its announcement, features borders reduced by nearly 40 percent that allows its stunning, larger display to still fit into a small and compact package — the 10.5-inch model will weigh just one pound. Additionally, Apple’s 12.9-inch iPad Pro will be receiving a slew of upgrades introduced with the 10.5-inch model.

Among the upgrades is a newly redesigned Retina display featuring what Apple calls ProMotion. It’s a new technology that delivers extremely fast 120Hz refresh rates for fluid scrolling and smoother motion, but also places greater emphasis on display quality and power efficiency by dynamically lowering the refresh rate while looking at still photos or in other instances where a high refresh rate wouldn’t be necessary, all in effort to maximize battery life. ProMotion also reduces latency with the Apple Pencil to a stunningly low 20-milliseconds. The display also packs True Tone technology and wide-color gamut for cinema-standard colors. 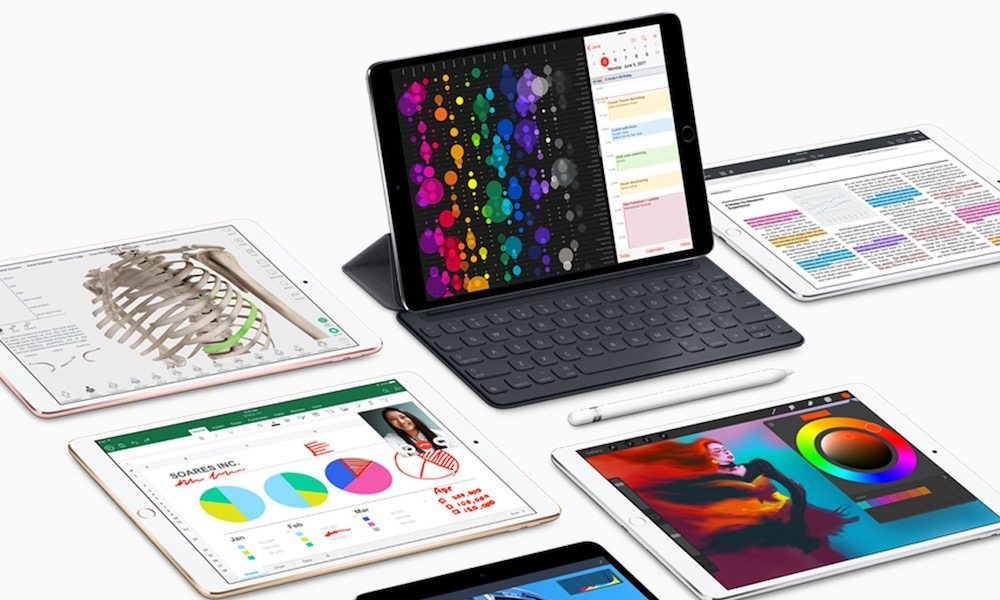 But the hardware upgrade doesn’t tell the whole story: iOS 11, which is coming this fall, will add a plethora of powerful new features to the iPad Pro lineup. The new iOS will add a large, customizable Dock and improved multitasking by way of a redesigned app switcher. The app switcher will make it easier than ever to switch between apps or pairs of apps in Split View and Slide Over. To make working even more fluid and intuitive, Apple is also adding Multi-Touch Drag and Drop to allow the movement of text, photos and files across the entire iOS — such as from one app to another anywhere on the iPad’s screen.

In addition, iOS 11 for iPad will introduce a new file management app aptly named Files. The new application won’t just keep locally stored files in one place — it’ll feature support for files stored in iCloud Drive or even across third-party platforms like Dropbox and Box. Notes will also receive a new document scanner, and iOS 11 will introduce deeper integration with the Apple Pencil. Notes and Mail will allow for inline drawing, and Instant Markup will let users easily sign or annotate documents. iOS 11 will also allow you to easily find handwritten notes via the introduction of searchable handwriting.

As far as peripherals, Apple is also introducing new iterations of its Apple Pencil and Smart Keyboard. The former will be updated for advanced precision with sensors that can detect pressure and tilt, and the latter will offer a thin and durable keyboard that never needs to be charged or paired via Bluetooth.