Just a few weeks after the announcement of iOS 11, Apple has released the first public beta of this version to all users. iOS 11 is packed with tons of exciting new features and design changes including Smart Invert, redesigned App Store and Control Center, native screen recorder, peer-to-peer payments using Apple Pay, and much more.

The public beta means that anyone with an iOS device can install and try iOS 11 without being part of Apple’s Developer Program. You first have to register for the public beta testing program and enroll your device, after which you can download and install iOS 11 beta onto your device.

While iOS 11 contains many exciting new features, we’d recommended that you avoid installing it until the final version is released later this year. The beta version is intended for testing purposes only and may contain bugs that will create issues on your device.

If you can’t wait to get your hands on iOS 11, then here’s how to download and install the public beta on your iPhone, iPad, or iPod touch.

How to Enroll in the Public Beta Testing Program

Step 1: On your iOS device, open Safari and go to beta.apple.com. 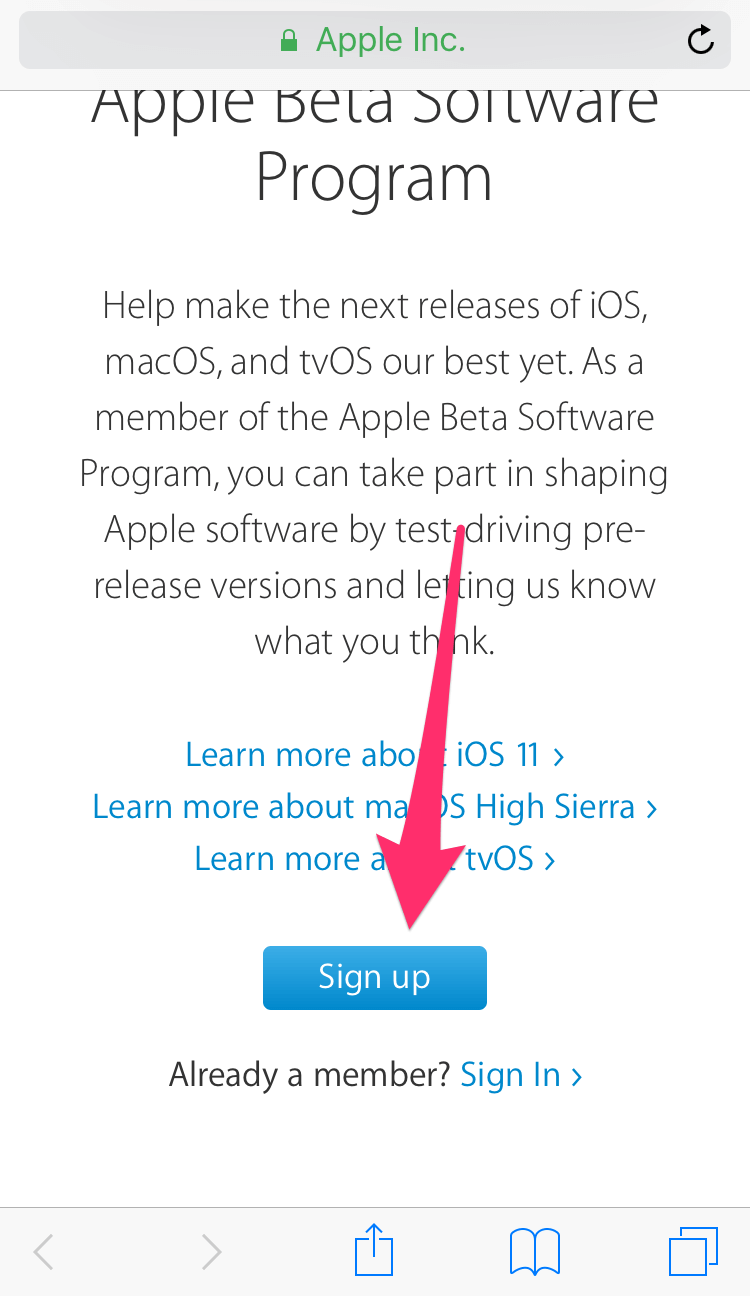 Step 4: Agree to the terms & conditions by pressing the Accept button at the bottom of the page. 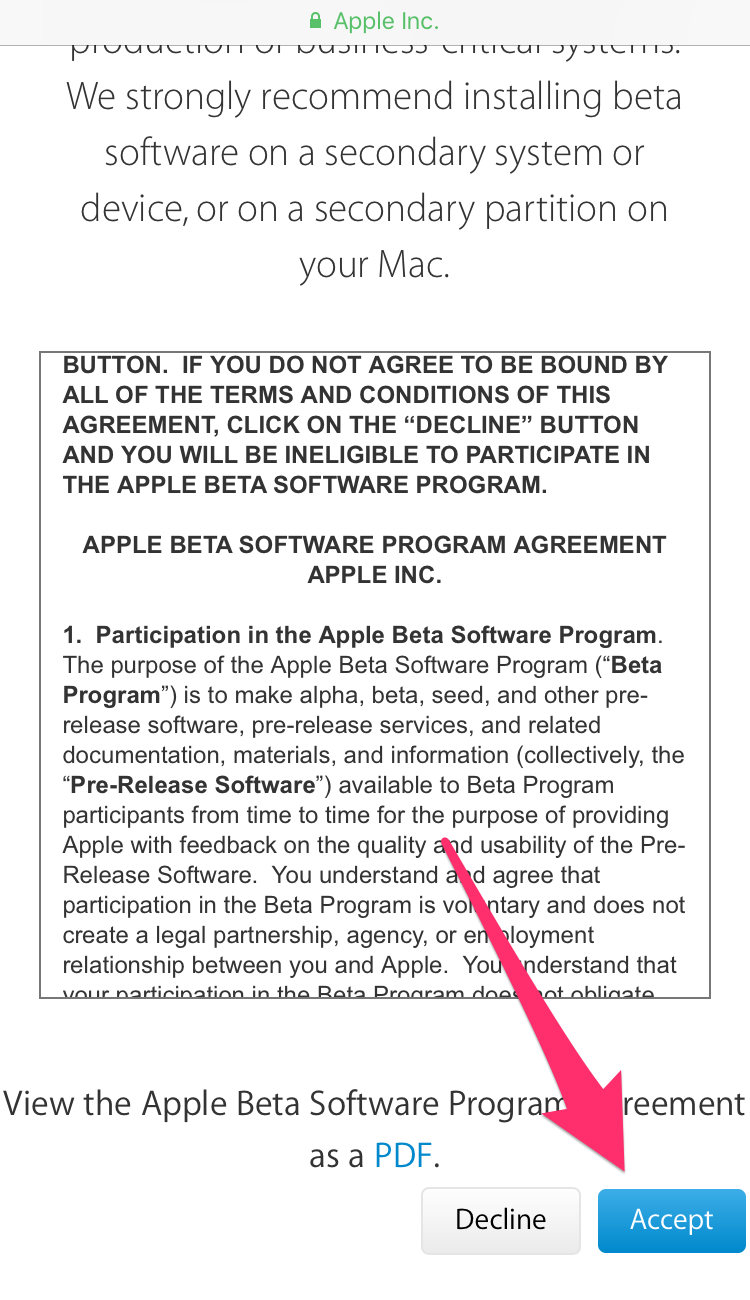 Step 8: Now that you’ve registered for the public beta program, you’re ready to install the iOS 11 beta profile. Tap on Enroll Your Device in the top menu. 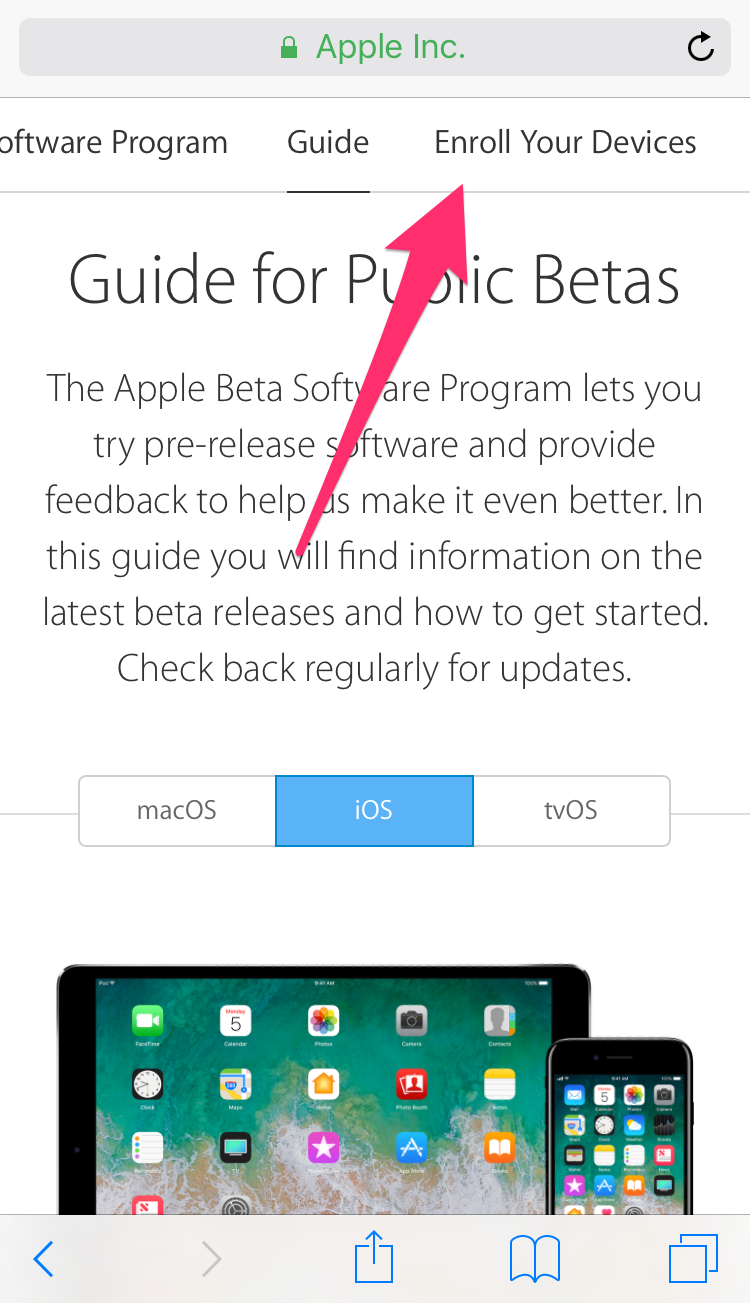 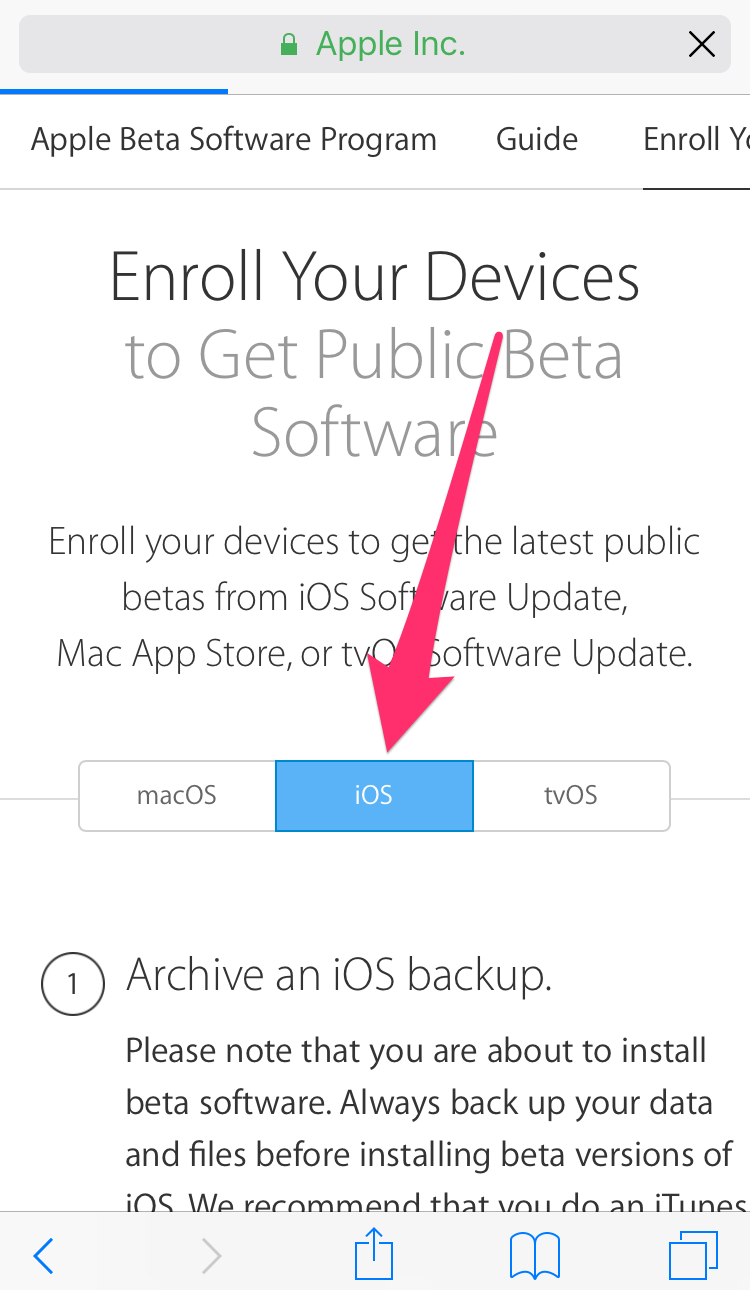 Step 10: Scroll down a little and tap on Download profile button. 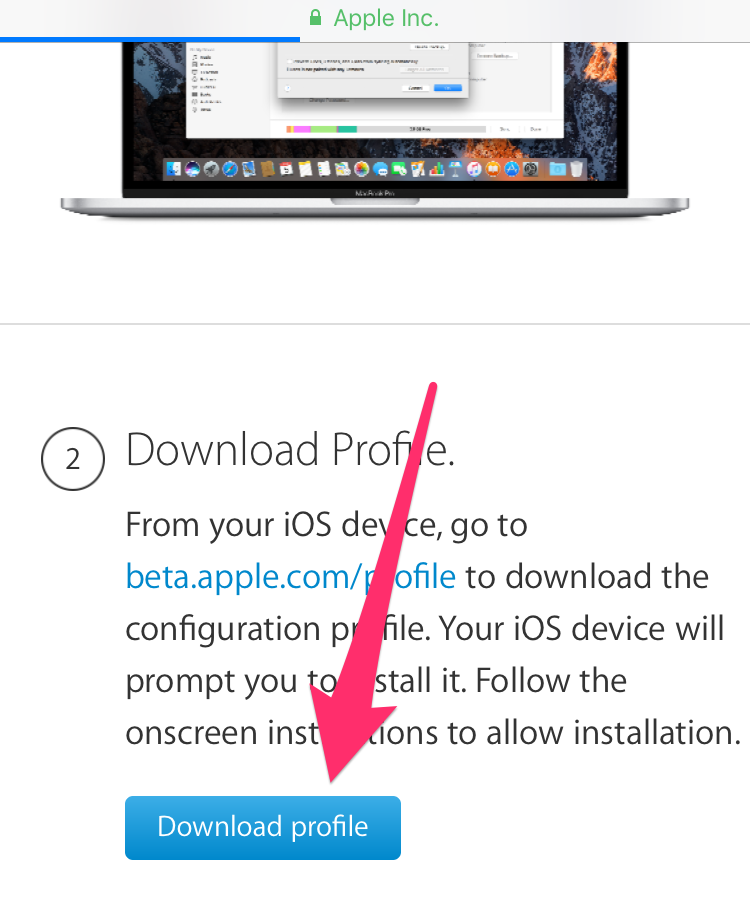 Step 11: The iOS Software Beta Profile will open in Settings. Tap on Install. 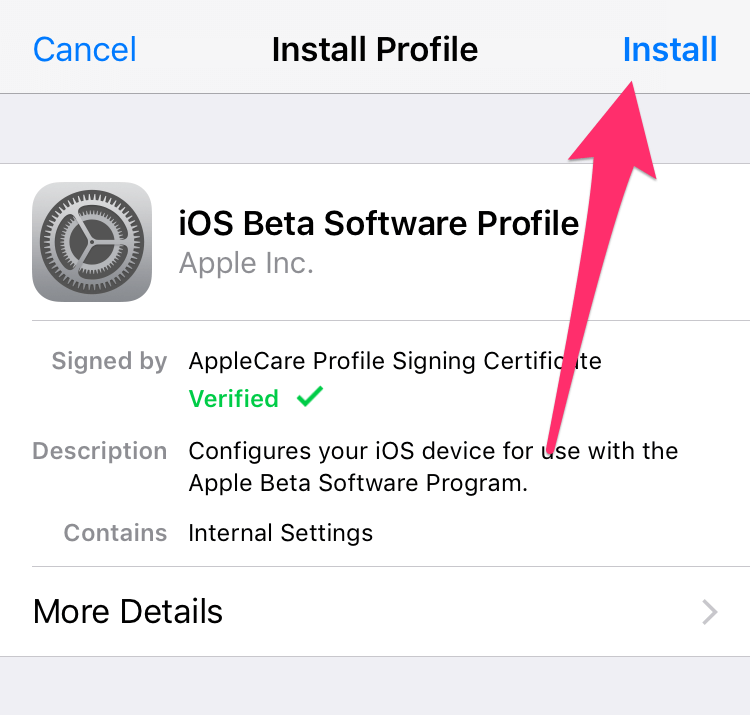 Step 12: Once the profile has been installed, a popup will appear to restart your device. Tap on Restart.

You’re now ready to download and install iOS 11 beta onto your device. Read the next section to find out how.

Step 3: You should see a pending iOS 11 beta update. Tap on Download & Install.

Step 4: Accept the terms & conditions by pressing the Agree button.

Step 5: The download will now begin. It will take some time depending on your internet speed and stress on Apple’s servers.

Step 6: Once the download has been completed, go back to the Software Update page in Settings and tap on the Install Now button. Your device will prepare for the iOS 11 update and will begin the installation process. Do not interfere with the update process until it has been completed successfully.

After the update is finished, you can start using your device normally and enjoy all the amazing new features that iOS 11 provides such as document scanning, screen recording, dark mode, redesigned Control Center, and much more. And now that you’ve installed iOS 11 on your device, make sure to read our roundup of the best 14 new features that you should definitely check out in iOS 11.

What are your favorite features of iOS 11? Let us know in the comments below.