In a string of early-morning product announcements on Tuesday, Apple unveiled what appears to embody that powerful, yet cost-conscious, 9.7-inch iPad Air 2 replacement we’ve been hearing so much about in recent weeks.

Boasting the same, 1.84 GHz dual-core A9 SoC that powers the iPhone 6s and 6s Plus, Apple’s new iPad — appropriately referred to simply as iPad — features the same dimensions of the original iPad Air, yet boasts advancements including a brighter Retina Display, and a much lower starting price of just $329 for a 32 GB Wi-Fi-only variant. The new tablet, however, will also be available in a 128 GB configuration and, like other iPad models before it, will be available in both Wi-Fi and Wi-Fi/LTE configurations coated in Silver, Gold, and Space Gray.

“iPad is the world’s most popular tablet. Customers love the large, 9.7-inch display for everything from watching TV and movies, to surfing the web, making FaceTime calls, and enjoying photos, and now it is even more affordable,” said Philip Schiller, Apple’s senior vice president of Worldwide Marketing, via the company’s official press release. “New customers and anyone looking to upgrade will love this new iPad for use at home, in school, and for work, with its gorgeous Retina display, our powerful A9 chip, and access to the more than 1.3 million apps designed specifically for it.”

While the 32 GB Wi-Fi-equipped variant will start at the company’s lowest price-point ever for a full-scale iPad, prices can range up to $559 for a Wi-Fi/LTE Cellular-equipped 128 GB variant. Like the iPad Air 2 before it, the new budget-minded offering will feature an 8 MP iSight camera around back, in addition to a 1.2 MP FaceTime camera around front — which itself is still capable of 720p HD video calls. It will also feature a Touch ID sensor-equipped home button like the iPad Air 2. 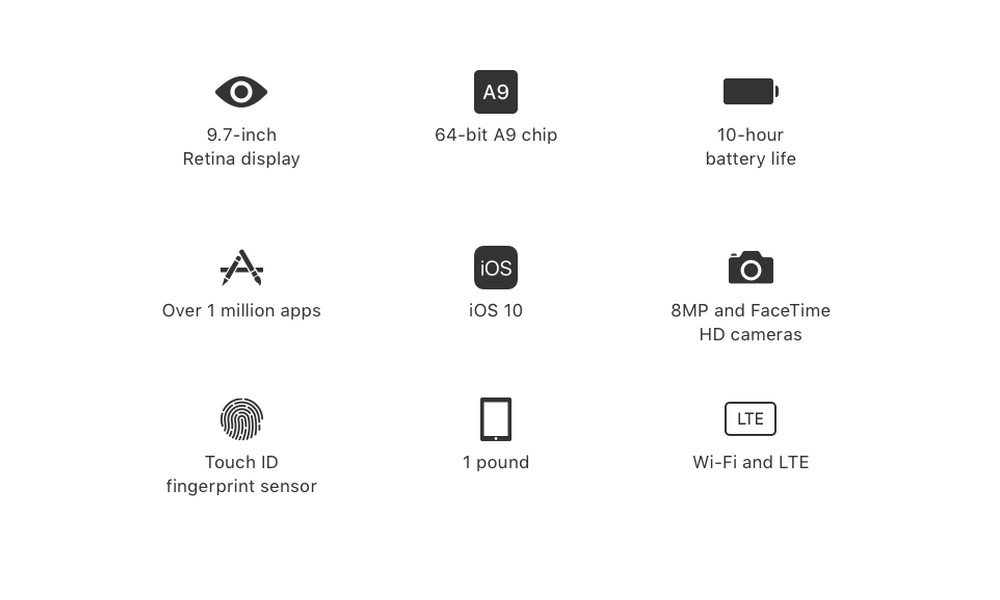 Pre-orders will open up to customers on Friday, March 24th, with the first round of units shipping the following Friday, March 31st.

Retail availability will also begin on Friday the 31st — but only to 20 regions around the globe, including the U.S., U.K., Australia, Canada, China, France, Germany, Hong Kong, Italy, Japan, The Netherlands, Spain, Sweden, and Switzerland. Markets including Denmark, India, Mexico, Norway, Russia, Turkey, and several others will be able to order the product beginning sometime in April; while others, including Brazil and Taiwan, for instance, will follow beginning in May.

Whether it will serve as an extra iPad for around the house, using at school, work, or while on-the-go, Apple’s new 9.7-inch tablet makes a great choice for those who have been waiting for a more affordable, yet inherently up-to-date, iPad option to hit the market.

Will you be picking up Apple’s new budget-friendly iPad? Let us know in the comments!