Apple just introduced the newest member of the iPad family. During their press event in Cupertino this morning, the company formally announced the arrival of the 9.7-inch iPad Pro. While Apple’s latest iPad shares many of the same hardware and features as the 12.9-inch iPad Pro that was introduced last September, the new device adds some interesting new features to the mix.

The new iPad Pro, which weighs less than one pound, and carries identical dimensions to the iPad Air 2, carries just as much power as its larger counterpart, the 12.9-inch iPad Pro. The two devices run on the same super-fast A9X chip, and both power their graphics performance via the same M9 motion co-processor. They both contain a powerful four-speaker audio system, that optimizes sound based on whether the device is in portrait or landscape mode. And both devices contain a Smart Connector for accessories, including the Smart Keyboard, which is now available in both sizes. However, that’s where the similarities end – the new 9.7-inch iPad Pro introduced several new features that aren’t found in the 12.9-inch version.

Although both the 12.9-inch iPad Pro and the 9.7-inch version both contain a Retina display, the 9.7-inch version offers several innovative features to make quite possibly Apple’s most impressive display yet. The display is capable of 25% greater color saturation than previous iPad displays, creating a more beautiful and accurate picture on the screen. The display is also Apple’s first “True Tone” display, which uses four-channel ambient light sensors to adjust the color temperature based on the ambient light in your environment. The technology, Apple claims, will make viewing the display more natural and comfortable, feeling more akin to reading a piece of paper than a screen.

The camera also sees an upgrade on the 9.7-inch iPad Pro. The new 12-megapixel camera, upgraded from 8-megapixels in the 12.9-inch version, is capable of recording 4K video, and sports a True Tone flash for incredible photos. The camera is also capable of taking 63-megapixel panoramic photos, and also supports Apple’s Live Photos feature introduced with the iPhone 6s and 6s Plus. The device also features a 5-megapixel front-facing FaceTime camera with Retina Flash, quite the upgrade over the basic FaceTime camera in the previous iPad Pro. 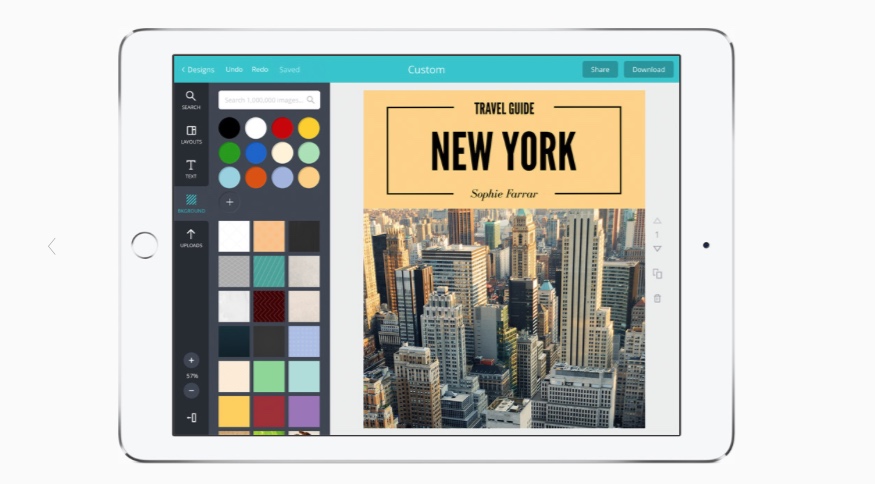 Aside from the hardware upgrades, the new iPad Pro also introduces a new color – the device will be available in Silver, Gold, Space Gray, and is also the first iPad ever available in Rose Gold. Apple also introduced a 256GB storage option for both iPad Pro models, great for professional users who need increased storage on their workhorse devices.

The new 9.7-inch iPad Pro is available for pre-order this coming Thursday, March 24th, and will begin shipping the following Thursday on March 31st. The 32GB option will cost users $599, and the 128GB version and 256GB version will cost $749 and $899, respectively.