This year marks the 10th anniversary of the iPhone and Apple is likely to reveal a revolutionary new device called the iPhone 8. The company is also expected to unveil the iPhone 7s and iPhone 7s Plus which will feature modest upgrades over the iPhone 7.

With all the rumors circulating the web about the upcoming new iPhone, it can be difficult to digest all the information, so we have gathered and organized the most noteworthy rumors.

Here’s everything that you need to know about the upcoming iPhone 8, including its release date, leaked photos and schematics, tech specifications, features, pricing, and more.

When Will the iPhone 8 Be Released?

There is much speculation on the release date of the iPhone 8. Most reports suggest that the iPhone 8 will be released in September 2017, which is in line with Apple’s release schedule every year. Since the iPhone 5, the company has released a new iPhone every September, and this year will likely be no different.

How Many New iPhone Models Will Be Released?

Citing KGI analyst Ming-Chi Kuo, a credible Apple insider, it is expected that three new variants of the iPhone will be announced this year. Apple will be following its ‘s’ upgrade cycle by releasing the iPhone 7s and iPhone 7s Plus, which will feature slight improvements over last year’s models, while also launching the iPhone 8.

Just like every year, the iPhone 7s and iPhone 7s Plus will look the same as its predecessor, whereas the iPhone 8 may sport an all-new design with a nearly edge-to-edge OLED display and a glass back panel.

As this year marks the 10th anniversary of the iPhone, Apple might have something big in store for customers in 2017. According to multiple reports, the company is working on a major redesign of the iPhone. Without any doubts, if Apple were to release the iPhone 8 this year, it will sport a new design whereas the iPhone 7s and iPhone 7s Plus will feature the same looks as their 7 predecessors. 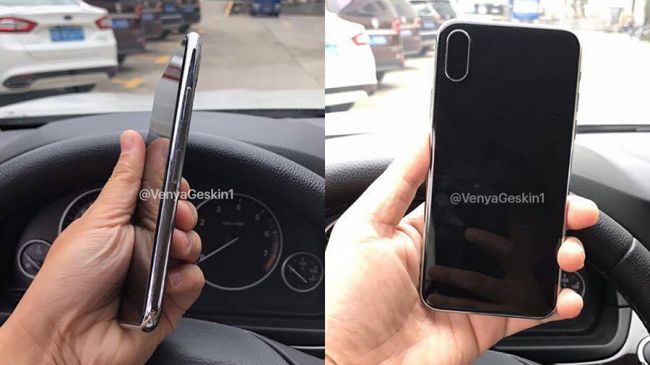 A report from the credible KGI Securities analyst, Ming-Chi Kuo, suggests that the iPhone 8 will sport scratch-resistant glass front and back panels, similar to the iPhone 4 and the iPhone 4s.

The iPhone 8 will feature an OLED display, which has sharper visuals, better brightness, and reduced power consumption while also allowing Apple to design a thinner device.

The new OLED displays may only be used in the iPhone 8, while the iPhone 7s and iPhone 7s Plus will come with the traditional LCD displays and feature modest upgrades from their predecessors. Apple is already in talks with several manufacturers for supplying OLED panels, which further strengthens the claims that the iPhone 8 will come with an OLED screen.

“The OLED versions of the new iPhone will all have curved screens as Apple ordered only plastic OLED — not glass — from Samsung Display. Samsung is capable of supplying a little less than 100 million units of curved OLED displays to Apple”, a source familiar with the matter told the Korea Herald. However, it’s worth noting the ‘curvature’ of the iPhone 8’s screen won’t be as dramatic as the Samsung Galaxy S8. 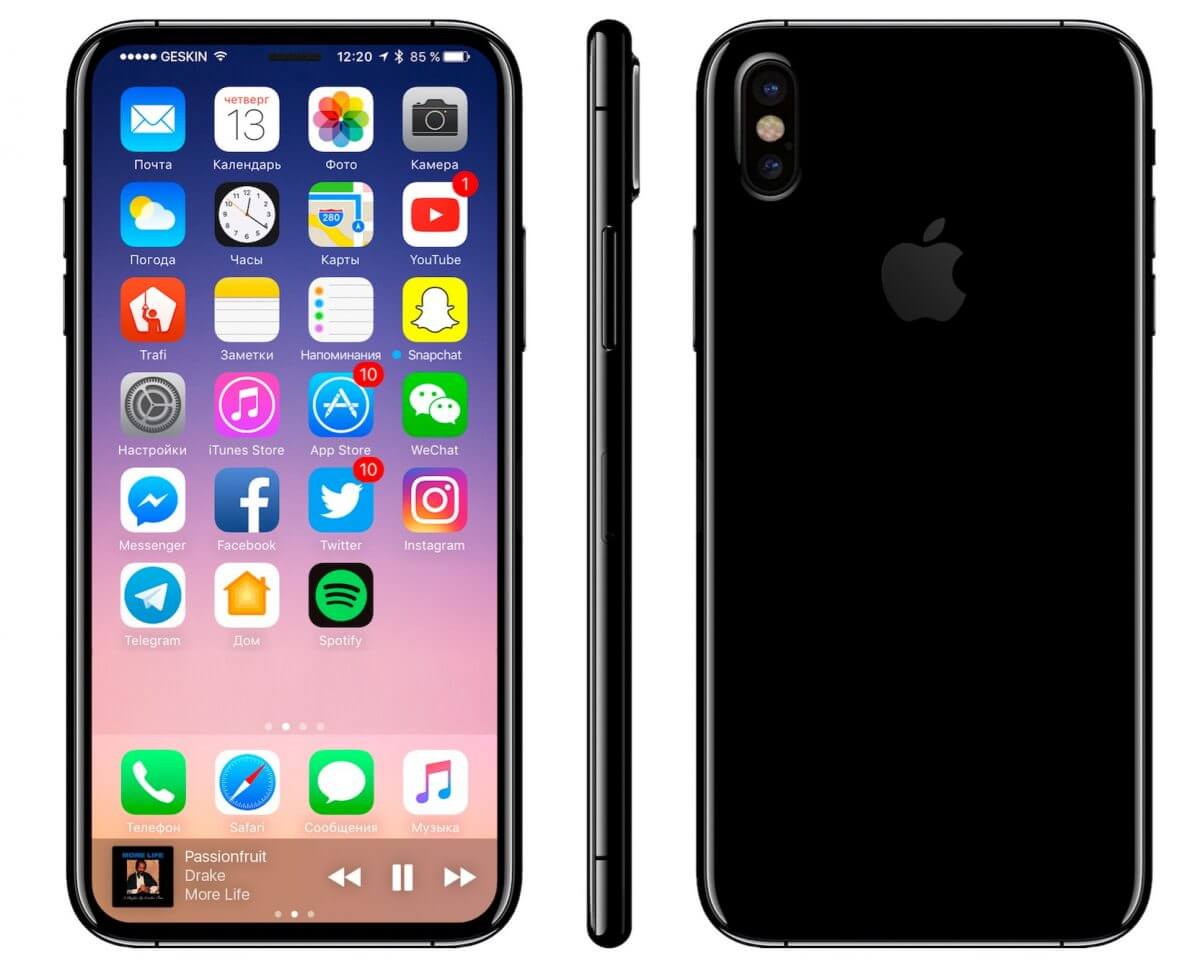 The iPhone 8 will come with a 5.8-inch screen, with many reports suggesting that the display will be a nearly edge-to-edge display similar to the Samsung Galaxy S8. This bump in screen size would make the iPhone 8 roughly the same size as the 4.7-inch iPhone 7. The reason being that the display size could be increased without dramatically altering the phone’s dimensions. But it’s also worth noting the iPhone 8 is expected to be slightly larger than the iPhone 7 in every way. As for the iPhone 7s and iPhone 7s Plus, they will come with 4.7-inch and 5.5-inch displays, respectively.

If the iPhone 8 is going to have a nearly edge-to-edge display, Apple will have to find a new place for the Home button and Touch ID. Over the past few months, there have been reports that Apple is working to embed the Touch ID sensor beneath the new OLED display and get rid of the physical Home button altogether.

However, the company is struggling to integrate Touch ID underneath the display and may have to move it to the back of the phone, just like the Samsung Galaxy S8. Various iPhone 8 schematics leaked by SlashLeaks and Sonny Dickson show the Touch ID placed below the rear camera, as well as first-hand leaks provided to iDrop News.

What Will Be the Specs of iPhone 8?

A lot of information about the iPhone 8 has been leaked, including the specifications to be expected. While they may not be accurate, key details about it are known. Here are the rumored specs of the upcoming iPhone 8:

What New Features Will the iPhone 8 Have?

Ming-Chi Kuo, a credible Apple insider, reports that the iPhone 8 will have a “revolutionary” front facing camera and infrared sensor that is capable of scanning faces in 3D with accurate and in-depth analysis. The feature is based on a technology gained from Israeli firm PrimeSense, which was acquired by Apple back in 2015.

The 3D scanning capability of the front facing camera in the iPhone 8 is a game changer, as it will be able to capture 3D selfies and can be used for various different applications. Kuo also notes that Apple could ditch Touch ID in favor of the new, and possibly more secure, facial recognition system. 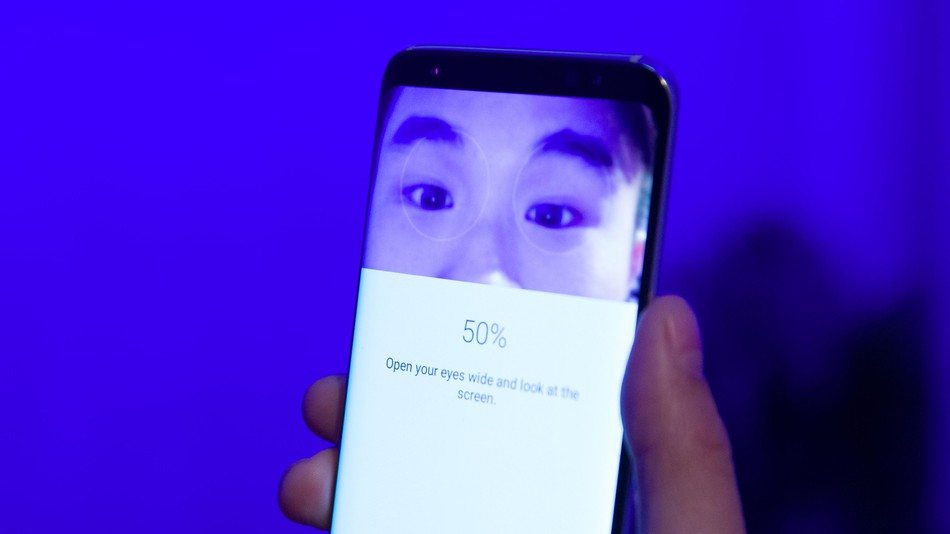 According to DigiTimes, Taiwan-based Xintec will start the mass production of iris recognition chips this year and is expected to provide them to Apple to be integrated in the iPhone 8. Just like Touch ID, iris scanners could be used in various ways, ranging from unlocking your phone to authorizing online purchases.

Robert Scoble, who works for UploadVR, wrote in a Facebook post that the upcoming iPhone 8 will come with augmented reality capability. “You pop it into a headset which has eye sensors on it, which enables the next iPhone to have a higher apparent frame rate and polygon count than a PC with a Nvidia 1080 card in it… You’ll look through the glass in mixed reality modes (think of a new kind of Pokemon game) either in the headset, or in your hand. Apple’s purchase of Metaio is going to prove very key. I won’t be shocked to learn that Peter Meier, CTO there, is in charge of the next iPhone strategy and has been for years”, Scoble writes.

Aside from Scoble making these predictions, Business Insider also claims that Apple is working towards integrating elements of augmented reaily into iPhone 8’s Camera app. 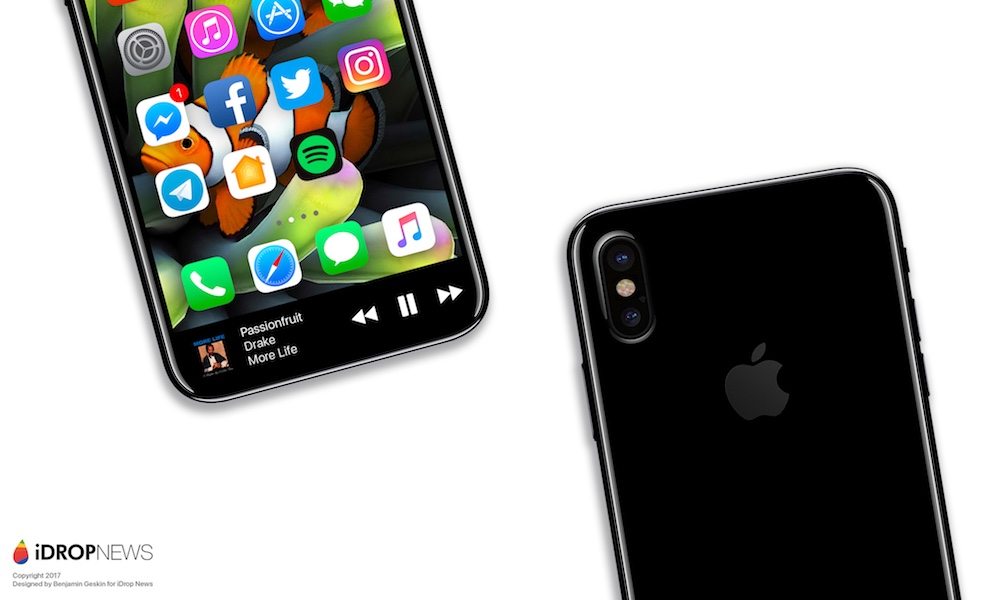 How Much Will the iPhone 8 Cost?

Due to the new OLED display and facial recognition system, the iPhone 8 could come with a high price tag. According to Forbes, the handset could cost as much as $1,000 – $1,200, depending on the storage space offered.  In another report from Apple Insider and CNBC, the price range is said to be more affordable. The report suggests that the 64GB variant of the iPhone 8 could cost around $850 – $900, whereas the 256GB model might cost $950 to $1,000.

Over the past few months, there have been many rumors about the upcoming iPhone 8. Although these rumors are exciting and present features that would make the iPhone 8 revolutionary, you should take them with a pinch of salt. Nothing is official and confirmed until the day Apple takes its wraps off the next iPhone.

To summarize all that has been discussed in this article, here’s a quick overview of the iPhone 8 rumors:

As always, we will keep you updated on any new information obtained regarding Apple’s upcoming iPhone, so stay tuned.