iDrop News has obtained exclusive information from a source with intimate knowledge of Appleâ€™s manufacturing facility, dispatched by Benjamin Geskin, that will spark new rumors as well as lay old rumors to rest. According to the insider reporting to iDrop News, Appleâ€™s tenth anniversary iPhone, most commonly known as the iPhone 8, will not carry theÂ aforementionedÂ name and will likely be christened the iPhone Edition instead.

According to the leaker, a final-stage iPhone Edition prototype has been spotted and featuresÂ a radical new design. Generally, most of the components of the prototype echo the design aspects that weâ€™ve drafted in previous concepts, however as seen in the renders below, the rear of the iPhone Edition will feature a vertical dual-lens camera setup rather than a horizontal one, likely for better depth of field when the device is used horizontally within an AR/VR headset.Â It has been reported that a dual-lens camera setup has been implemented on the front of the device as well, a necessary addition to facilitate the iPhone Editionâ€™s rumored 3D sensing camera technology. 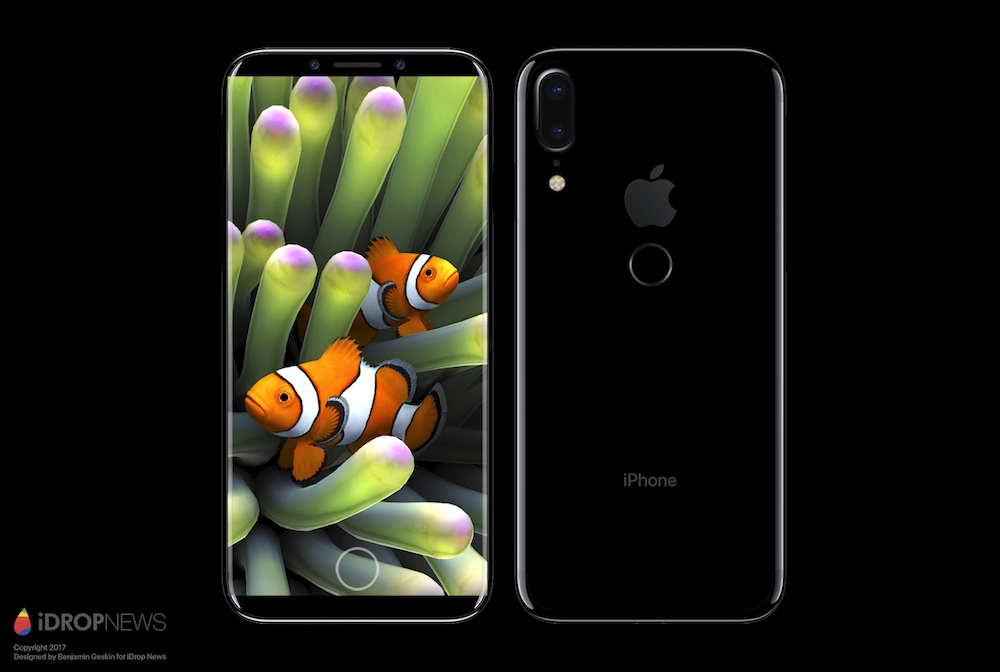 iDrop News’ source who has spoken privately with a Foxconn employee, reported that variousÂ iPhone 8, X, or Edition concepts have many â€˜mistakesâ€™ and do not line up with the actual iPhone Edition prototype that Apple is currently set to produce. OurÂ inside source also reported that the many rumors stating Appleâ€™s iPhone Edition would feature a glass back are now incorrect. Appleâ€™s current iPhone Edition prototype features a â€˜metalâ€™ back plate. Appleâ€™s decision to switch to metal over glass was authorized due to the tendency glass has to shatter when dropped. A metal backing will prove to be sturdier than glass, prolonging the life of the Appleâ€™s soon-to-be flagship iPhone Edition.

Sadly, theÂ source also communicated thatÂ the iPhone Edition will feature a fingerprint scanner on the rear of the device, which contradicts previous rumors that Apple would be adding its Touch ID technology beneath the display. It’s been speculated that Apple has developed andÂ testedÂ inbuilt Touch ID technology, however itâ€™s possible that the technology is still in its infancy and hasnâ€™t been proven to work in a way thatâ€™s secure or dependable enough for use, leading Apple to revert to more reliable technology. We sincerely hope this bit of information doesn’t turn out to be factual, as Touch ID on the rear of the device certainly wouldn’t be revolutionary, and would prove to be severely inefficient for day-to-day use.

The leaked informationÂ confirms that the iPhone Edition will not feature a fully-curved OLED display, butÂ in its place will be a slightly-curved 2.5DÂ OLED edge-to-edge display. It’s also beenÂ confirmed by our informant that theÂ Apple Edition prototype appears almost identical to the visualizations we have developed, shown below.

Also expected for the iPhone Edition is iOS 11 with advanced Siri functionality, wireless charging, and Appleâ€™s powerful A11 SoC. Appleâ€™s iPhone Edition will likely be ready for an official announcement and launch in September 2017.

Discuss This Article in Our Forum