iOS 11, the next major update to Apple’s mobile operating system for iPhone and iPad, was showcased this morning during the company’s WWDC keynote address, and promises a wide range of powerful new features and enhancements, including the ability to make person-to-person (P2P) payments via Apple Pay, a revamped Control Center boasting deeper 3D Touch integration, multi-speaker support courtesy of AirPlay 2, and much more when the software touches down later on this fall. 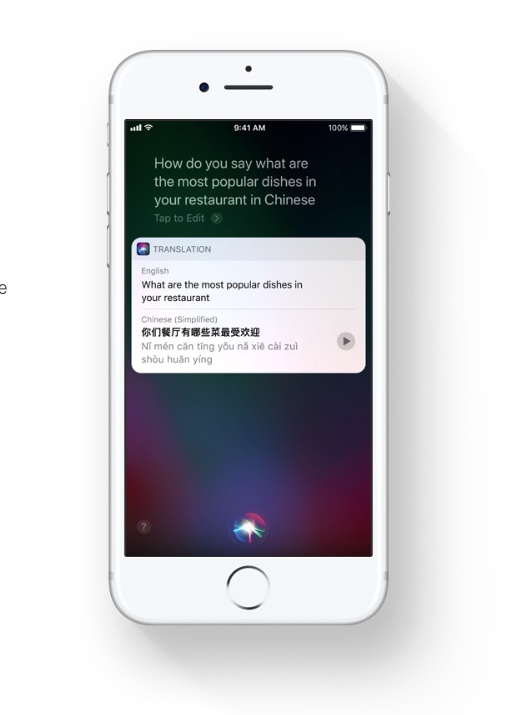 Siri will not only gain a slew of advanced new system-wide and contextual-based functionalities, but will also sport an entirely new voice in iOS 11, which will be powered in part by Apple’s super-advanced new “deep machine learning neural network.” Not only will iPhone and iPad users be able to fine-tune and train Siri’s advanced new capabilities directly from their mobile device, but the learned algorithms will also sync automatically across one’s entire range of devices via iCloud for deep and seamless integration.

Siri will also be gaining a new translation tool, which will be available in beta at the time of its launch, and will allow users to translate text or voice to or from English, Chinese, French, German, Italian, or Spanish — and vice versa. And for those who speak dialects not listed, Apple’s SVP of software engineering, Craig Federighi, promised that additional language combinations would be added prior to iOS 11’s official public rollout.

It was over a year-and-a-half ago when rumors that Apple was bringing a Venmo-style, P2P mobile payments solution to its Apple Pay platform first surfaced — and this morning we learned the feature will officially be made available in iOS 11. Fully integrated with Touch ID for added security, Apple’s P2P mobile payments solution will go head-to-head with services like Square and Venmo, and will enable Apple Pay users to instantly send and receive cash payments with just a few taps from the iOS 11 Messages app.

With iOS 11, Apple is introducing a new photo compression format known as high efficiency image file (HEIF) format, which promises much higher-quality image files at “up to half the size” on mobile devices like iPhone and iPad. Not only will this new format save tons of extra SSD storage space on your iOS device, but HEIF images can also be shared across other devices and platforms as well.

Apple is also bringing new features to iOS’ Live Photos, allowing users to manually trim them, to select a single photo within a pre-captured Live Photo, and even loop a series of Live Photos together  to create a powerful image boasting long-exposure effects. Additionally, Photos in iOS 11 will gain a new Depth API, which developers will be able to use to take advantage of iOS 11’s advanced new photography and editing features, including retooled True Tone flash, HDR performance, improved image quality thanks to advanced optic image stabilization (OIS) in low-light settings, and more. 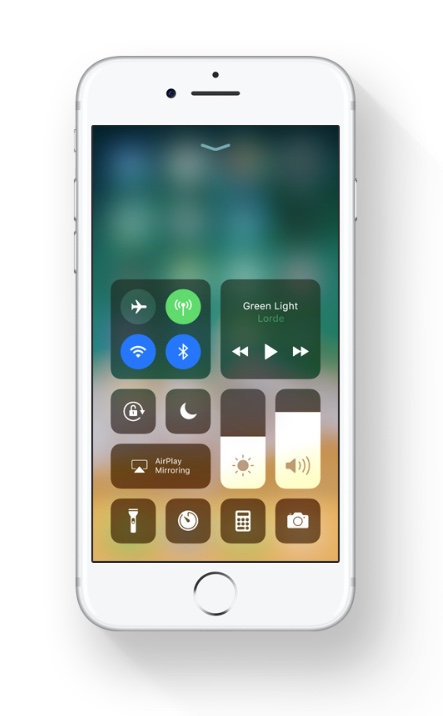 The Control Center in iOS 11 is also being overhauled from the ground up this year, incorporating essentially every element of controlling your device from a single menu.

Not only will iOS 11 Control Center gain an overall new design and toggle format, but the breadth of controls — previously available in two separate window views — have been condensed into a single panel. Moreover, each of the new toggles in iOS 11 Control Center will feature its own set of 3D Touch extensions, allowing users to delve deeper into each setting without fumbling and foraging around their phone.

Apple’s SVP of software engineering, Craig Federighi, showcased the new Control Center on stage at WWDC on Monday, giving users their first glimpse of how forcefully pressing on any given item in Control Center, for example, will soon bring up an additional, more fully-featured menu of control options.

Previously, iOS users could stream music wirelessly to a single speaker; however iOS 11 will enable Apple’s second-generation AirPlay technology, appropriately dubbed AirPlay 2, which will allow for audio streaming over a multi-room speaker system. In other words, users will be able to play their songs over a broader system of connected audio components, such as a whole-home speaker system. This will be achieved thanks in part to advancements in Apple’s latest HomeKit 2 API (with which AirPlay 2 will integrate), and will also allow users to access Siri over their multi-room speaker systems, too.

Apple said Monday that a myriad of speaker manufacturers have already adopted AirPlay 2 functionality into their upcoming products — and because of the new audio-streaming advancements brought by AirPlay 2, third-party iOS apps will soon be able to tap into the API and potentially bring even more advancements to current and future apps. 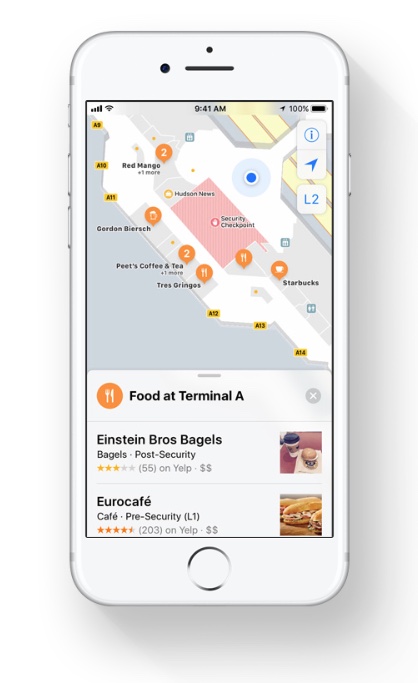 Once a fledgling mapping and voice-guided navigation utility, Apple Maps will receive yet another overhauling in iOS 11. First and foremost, the navigation UI will be gaining a new Lane Guidance feature, which will provide users with guidance on speed limits and estimations on when to merge lanes.

iOS 11 Maps will also receive a new indoor mapping feature, which, at launch, will be available to users at most indoor malls and airports around the world. Indoor mapping will allow users to essentially scope out the interior premises of a large building and all that’s within it — including their inherent location.

Do Not Disturb While Driving

Additionally, Maps in iOS 11 will be gaining a new feature called Do Not Disturb While Driving, which will essentially use Bluetooth and Wi-Fi in conjunction with location and movement data to automatically enable/disable iOS’ Do Not Disturb function. The objective, you ask, will be to prevent frivolous notifications from games, dating apps, etc. from coming in once you’ve reached a certain cruising speed. Should you be reached by call or text thereafter, the feature can be customized to issue pre-written or custom-tailored messages to let your contacts know you’ve received their call/text — but can’t respond to it right this minute.

Alternatively, drivers can simply hand their iPhone to another passenger, who will be able to tell Siri that they’re “not the one behind the wheel” — at which point the missed calls/texts received can be viewed.

The iOS App Store will receive its first major overhaul in years, complete with a new design and new category-based tabs for easier navigation. iOS games, for instance, have been reclassified under their own ‘Tab’ (section) within the App Store. Other ‘Tabs’ will include a new Today tab, for example, allowing users to view only the day’s most popular downloads.

Apple’s redesigned App Store will also boast a number of new features including “how to” demonstrations, “making of” the app stories, and other editorial-style content relevant to each specific app. One other notable improvement is that the iOS 11 App Store will allow developers to list available in-app purchases directly on the App’s landing page, as opposed to tucking the info away within the app, for users to stumble upon and use at their will.

When Will iOS 11 Be Available?

All these features and more will be coming to iOS 11 later this fall, and for the most part will be available on the following devices:

iPhone 5s or newer, all iPad Air, Pro, and iPad 5th generation models, iPad mini 2 or later, and the sixth-generation iPod Touch. Apple noted, however, that some features will only work in accordance with newer hardware — for example, P2P cash payments via Apple Pay will only be available between newer, NFC-enabled devices like the iPhone 6 (or newer), iPad Air 2, iPad Pro, etc.