While the location of Touch ID on this year’s flagship iPhone has been a matter of speculation and debate, it’s a near certainty that the iPhone 8 (or iPhone Edition) won’t have a Home button or much of a bottom bezel. Instead, Apple’s latest and greatest could feature a so-called “Function Area.”

What Is a Function Area?

This Function Area would essentially be a portion of the iPhone 8’s rumored 5.8-inch display set aside for a virtual Home button (and possibly a display-embedded fingerprint sensor). This function area would leave about 5.15 inches left of “usable” screen space. Renowned Apple analyst Ming-Chi Kuo of KGI Securities originally made the prediction back in February — adding that the final device should be around the same size as the 4.7-inch iPhone 7, but with a much larger display. Similarly, the New York Times reported in September 2016 that the iPhone 8 would ditch physical buttons for digital ones. 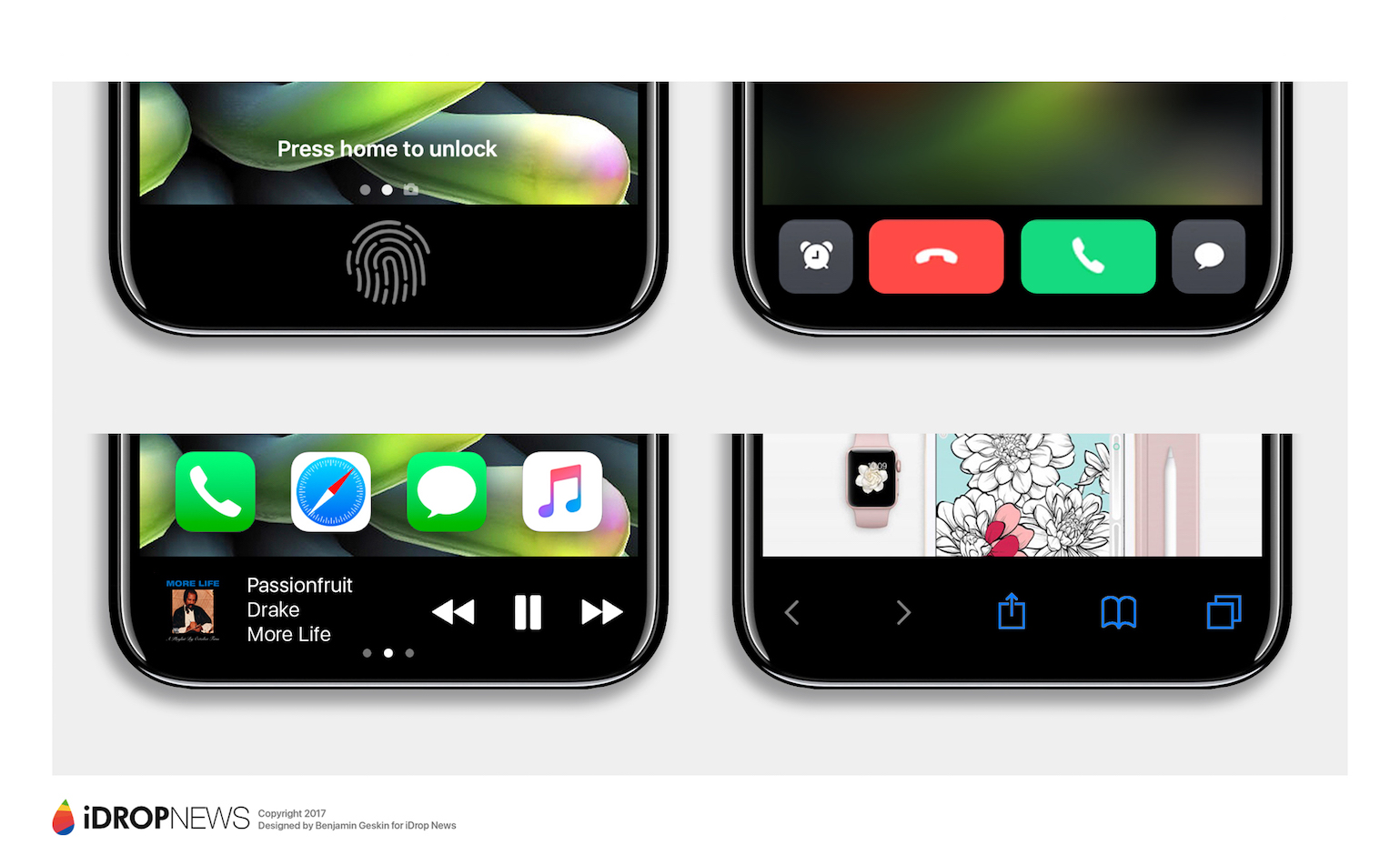 While we can safely assume that this new Function Area will replace the physical Home button on the iPhone 8, it could also be used for a variety of other functions. Presumably, Apple could integrate app-contextual controls into the Function Area, similar to what they did on the MacBook Pro’s new OLED Touch Bar. From music and video controls to app-specific buttons, the possibilities for a Function Area could be limitless (especially considering the creativity of iOS app developers).

Of course, the big question on everyone’s mind is whether the function area will integrate Touch ID via a display-embedded fingerprint sensor. While iDrop News has published reports pointing to the contrary, there’s still plenty of evidence that Apple is testing at least one prototype with under-the-display Touch ID — including a recent leaked photo of what is allegedly an iPhone 8 case, clearly showing no cutout for a rear-mounted fingerprint sensor.

Reportedly, embedding a fingerprint sensor within the iPhone 8’s display has been one of Apple’s biggest design bottlenecks. Of course, rather than following in Samsung’s footsteps, Apple could ostensibly replace Touch ID entirely with any manner of biometric recognition systems like facial or iris scanners. There still might be hope for Apple fans wanting to see display-embedded Touch ID, however. Several reports have indicated that mass production of the iPhone 8 could be delayed, perhaps giving Apple enough time to see a truly revolutionary design come to fruition.

Curious what a “Function Area” would end up looking like? Take a look at these exclusive new concept images below.