Apple’s upcoming data center in Viborg, Denmark will actually use the excess heat it produces to warm houses in the surrounding community, the company announced in its 2017 Environmental Responsibility Report. Cupertino’s facility — located in the Jutland region of Denmark — will reportedly “capture excess heat from its equipment and conduct it into the local district heating system.” But that’s only one part of the equation.

Like Apple’s other data centers, the Viborg complex will run entirely on renewable energy. Specifically, the center will be partly powered by recycling agricultural waste produced by local farms.

Apple is collaborating with Aarhus University on a system that uses a “digester” to generate methane from the waste byproducts, which will then be used to power some of the data center’s operations. As a result of this digester process, some of the agricultural waste will be turned into nutrient-dense fertilizer — which Apple will return to area farms. It’s a “mutually beneficial relationship,” and will ensure that Apple’s facility won’t put any pressure on the local power grid. 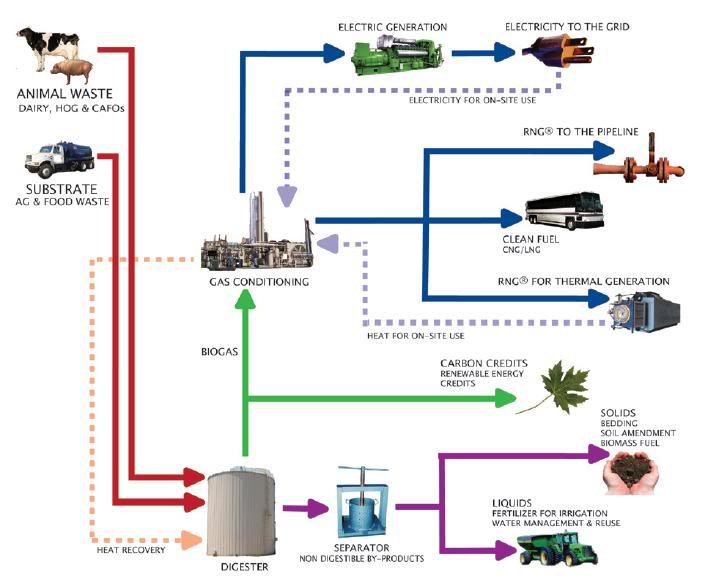 Cupertino’s other data centers share similar relationships with their local community. Earlier this year, Apple announced a partnership with NV Energy to build an additional 200 megawatts of solar energy for the company’s Reno data center — with at least 5 megawatts reserved for local residential and commercial customers. The company has similar plans for its upcoming Athenry, Ireland data center — Apple will be collaborate with the Irish Sustainable Energy Authority to harness coastal wave energy. Additionally, the forested land surrounding the planned center will be used as hiking trails and an outdoor education space for the local community, the company said in its latest report.

Apple’s commitment to sustainability and renewable energy is well-known. Beyond its data centers, the company’s new Apple Park headquarters will similarly run solely on renewable energy, and Cupertino is even pushing companies in its supply chain to go green.