On Wednesday morning, Apple announced the opening of its sprawling Campus 2, which has since been rechristened ‘Apple Park’ — and that as many as 12,000 of the company’s employees will begin migrating over to the facility beginning in April of this year.

According to the company’s official press release, the process of migrating these employees will take as long as six-months, and will happen even as the finishing touches are applied to several of Apple Park’s peripheral structures and lushly landscaped grounds — construction and landscaping which will likely continue well into the summer.

By far the most prominent and meticulously designed building on the 175-acre property will be the Steve Jobs-inspired, 2.8 million square-foot main building — aka the ‘Spaceship’ — which, from an aerial vantage point, resembles an extremely large, donut-shaped structure — encompassed all the way around by the world’s largest slab of fused, curved glass. 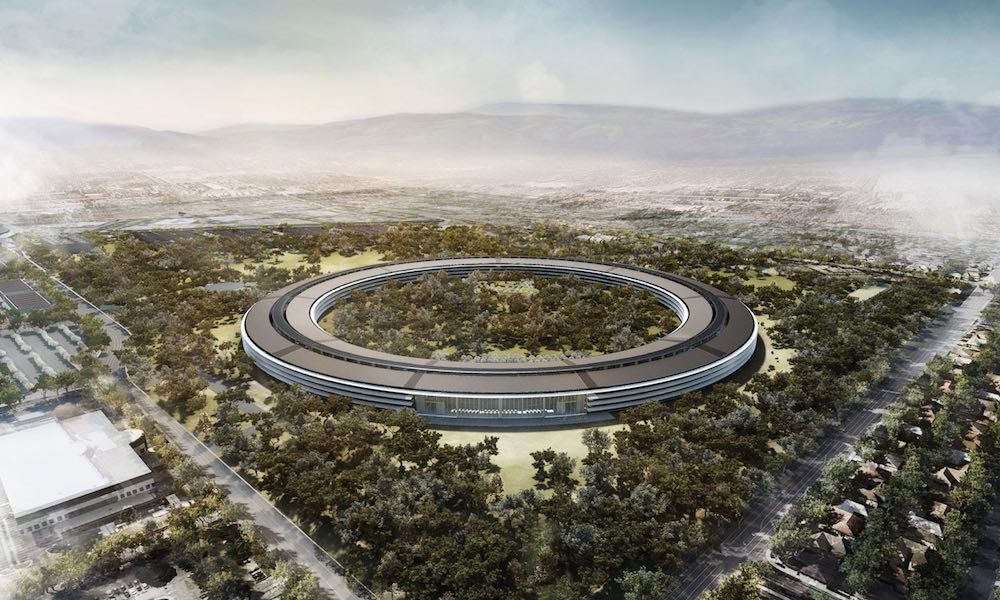 Nestled in the heart of Santa Clara Valley, California, Apple has transformed what was formerly a patch of land owned by PC-giant, Hewlett Packard, into a sprawling haven of lushly-landscaped grounds, studded with intricately designed structures that will serve as the future home for thousands of the company’s dedicated engineers, team members, and software/hardware developers to innovate for the next generation of Apple technology.

In honor of the man whose dream was to foster “creativity and collaboration” in designing Apple Park, the facility will also be home to Apple’s forthcoming, 120,000 square-foot underground auditorium, where the company will exclusively hold all future special events and major product announcements. Appropriately, the auditorium, itself, will be named ‘Steve Jobs Theater’, in memory of the company’s late co-founder, who would have turned 62-years-young this coming Friday, February 24th. The 1,000 seat theater will reportedly open later on this fall, and will feature a grand entrance for spectators boasting a 20-foot tall, 165-foot in diameter glass cylinder, capped by a “metallic carbon-fiber” roof. Given that Steve Jobs Theater will be opening this year, we could potentially see the unveiling of Apple’s 10th anniversary flagship take place on that very stage.

“Steve’s vision for Apple stretched far beyond his time with us. He intended Apple Park to be the home of innovation for generations to come,” said Tim Cook, Apple’s CEO. “The workspaces and parklands are designed to inspire our team as well as benefit the environment. We’ve achieved one of the most energy-efficient buildings in the world and the campus will run entirely on renewable energy.”

Apple Park will also be home to a visitor’s center, featuring an Apple Store and café, a 100,000 square-foot fitness center for Apple employees, as well as a myriad of secure research and development facilities on site. The lushly landscaped grounds will also feature over two miles of paved running paths for employees to roam, as well as an orchard, meadow, and pond — all of which will be located within the epicenter of the vast main structure.

Designed in collaboration with Foster + Partners, Apple Park will also be home to over 9,000 native and drought-resistant trees, scattered amidst acres upon acres of grassy fields. The entire property will supposedly be powered by 100% renewable energy, too, boasting 17 megawatts of roof-mounted solar panels — making Apple Park’s one of the world’s largest on-site solar installations in the world.

Will you be visiting Apple Park when it opens to the public?
Let us know in the comments below.