iOS 11 sports many new changes, ranging from a redesigned App Store to an all-new native screen recorder and peer-to-peer payments. One of the notable changes is the revamped Control Center which is now based on tiles, all of which are placed on a single page.

The best thing about the new Control Center is that you can customize it by adding and removing controls based on your requirement. There’s also a couple of new controls such as Cellular Data, Low Power Mode, Screen Recorder, Stopwatch, and more.

Customizing Control Center in iOS 11 is quite easy and can be done from the Settings app. One thing to note is that you cannot remove or re-organize certain controls in Control Center, such as:

These are the default features of Control Center that will remain intact and cannot be changed. That said, here’s how you can customize Control Center in iOS 11.

How to Customize Control Center in iOS 11

Step 3: From here, you can customize Control Center. Three things can be done:

Add a control: to add a new control, find it under the ‘More Controls’ section and then tap on the + button next to it. The control will be moved to the ‘Include’ section, which indicates that it has been added to Control Center.

Re-position controls: to organize a control, find it under the ‘Include’ list. Then tap and hold on it and drag it up or down to re-order.

Remove a control: from the ‘Include’ section, find the control that you want to remove and tap on the red – button next to it. Then tap on Remove to confirm. 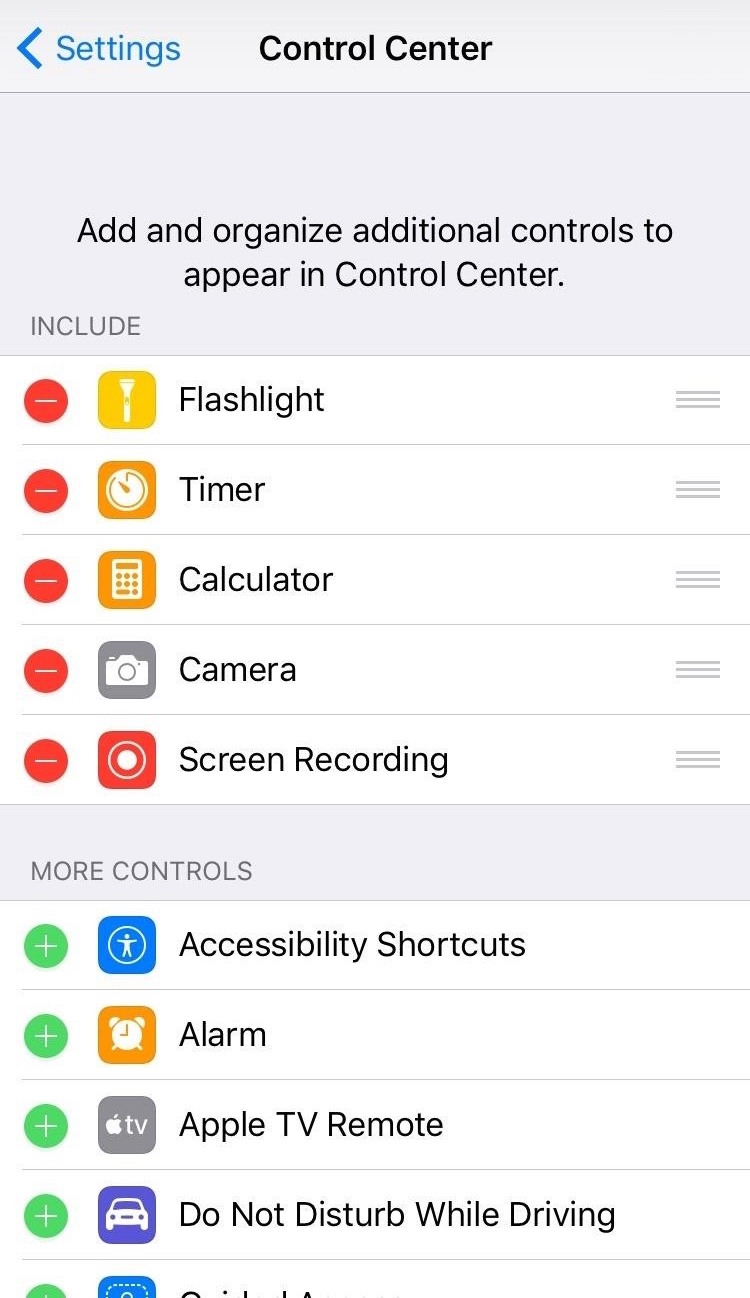 This is how you can customize your Control Center in iOS 11. Now when you open Control Center, you’ll notice that it has changed based on the settings that you just made.

Apart from customizing Control Center, iOS 11 comes with many new features including one-handed keyboard mode, Type to Siri, native screen recorder, and many more. The first beta of iOS 11 can be installed by users who are part of the Apple Developer Program. Even if you’re not a registered developer, there’s a workaround to install iOS 11 beta without a developer account. Keep in mind that this beta is meant for development purposes and might contain bugs and stability issues. You might want to avoid installing iOS 11 beta and wait until the final build is released to the public later this year.