A new series of images allegedly depicting upcoming iPhone components has been posted to social media, and they seem to back up previous iDrop News rumors about Appleâ€™s 2017 devices. See the image gallery at the bottom of this page.

The images allegedly depict front and back panels for both the iPhone 7s and the iPhone 8 (also known as the iPhone X or iPhone Edition). They were shared to Reddit and Imgur by a user who obtained them from â€œa friend in the industry.â€ According to the redditor, the panels have been sent out to Chinese manufacturers over the last week. While we canâ€™t independently confirm the authenticity of the images, the front and back panels do look legitimate â€” and the iPhone 8 back panel even has the legally mandated regulatory information required in some countries. 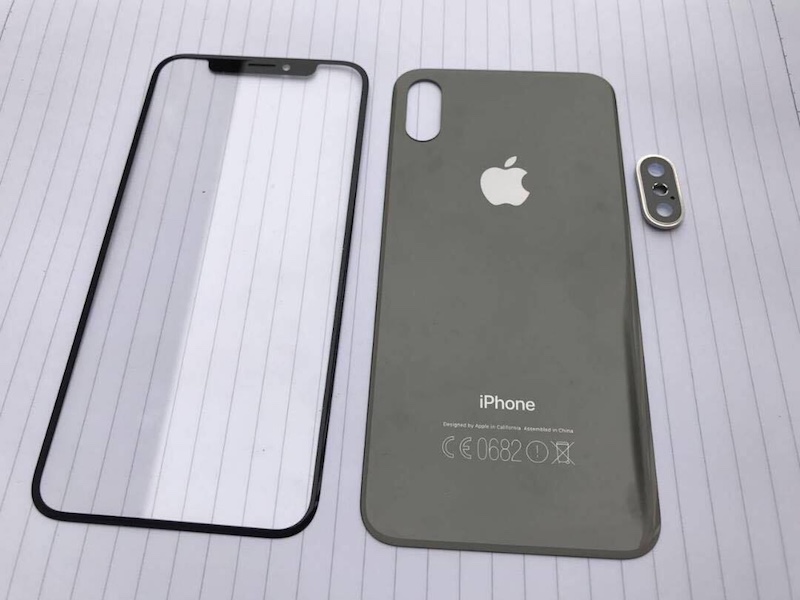 The iPhone 8 panel features an edge-to-edge and top-to-bottom glass for the deviceâ€™s display, which wraps all the way around a sensor bar for the camera and earpiece. This corroborates previous iDrop NewsÂ iPhone XÂ renders that depicted a similar design. The rear panel also features a vertically oriented cutout for a dual-lens camera setup. Most notably, the back panel also lacks any type of cutout for a rear-mounted fingerprint scanner â€” suggesting that Apple has decided to go with a display-embedded Touch ID system for the final product. The back panel is also made of glass, which is a requirement for Appleâ€™s highly anticipated adoption of wireless charging for the iPhone 8. 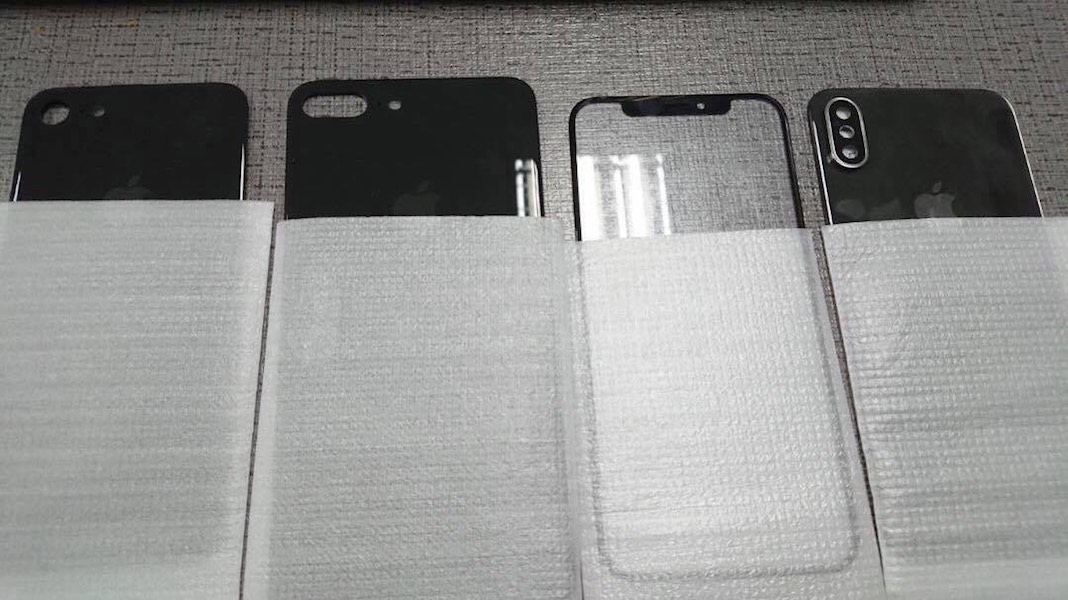 Last week, insider reports via Twitter corroborated rumors that the upcoming flagship iPhone would feature a dual-lens camera setup, wireless charging, and advanced biometric security scanners. Todayâ€™s leaked images also back up rumors of display-embedded Touch ID, the configuration we believe Apple will ultimately adopt for its flagship iPhone despite reports to the contrary.