Along with all the amazing hardware announcements at WWDC 2017, Apple unveiled the next major version of iOS, iOS 11, which comes with a handful of new features and improvements, including a redesigned App Store and Control Center, unified Notification Center, screen recorder, smarter Siri, and much more.

Apple released the first beta of iOS 11 for iPhone, iPad, and iPod touch to registered developers. If you’re part of the Apple Developer Program, you can install iOS 11 right now from the developer center on Apple’s website. As iOS 11 is currently in beta, it will have bugs and performance issues, but it may be worth a try for all of the new features that it provides.

If you’re not part of the Apple Developer Program, but wish to install iOS 11 beta, then you’ll be glad to find out that this is possible. There is a workaround that will allow you to install iOS 11 without having a developer account. The process is straightforward and can be done directly from your iOS device. In this tutorial, we’ll show you how.

Step 1: On your iOS device, open Safari and go to this link. Make sure that you’re using Safari and not any other browser.

Step 2: The link will automatically open the ‘iOS Software Beta Profile’. Tap on the Install button and enter your device passcode. 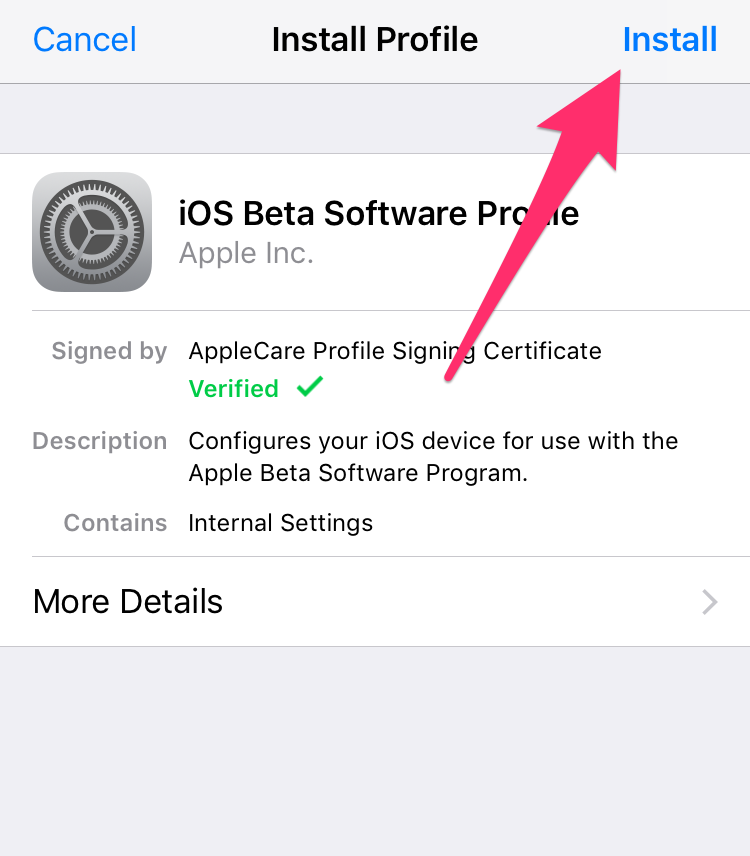 Step 3: After the profile is installed, a prompt appears for restarting your device. Tap on the Restart button. 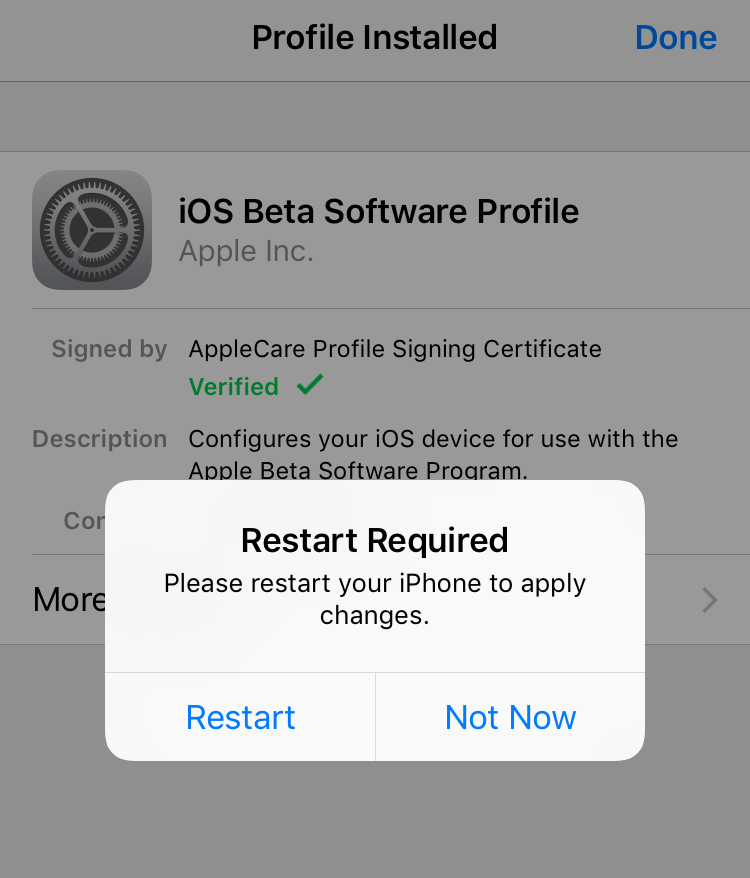 Step 4: Once your iOS device restarts, go to Settings > General > Software Update, and there you should see the iOS 11 beta ready for download. Tap on the Download and Install button. 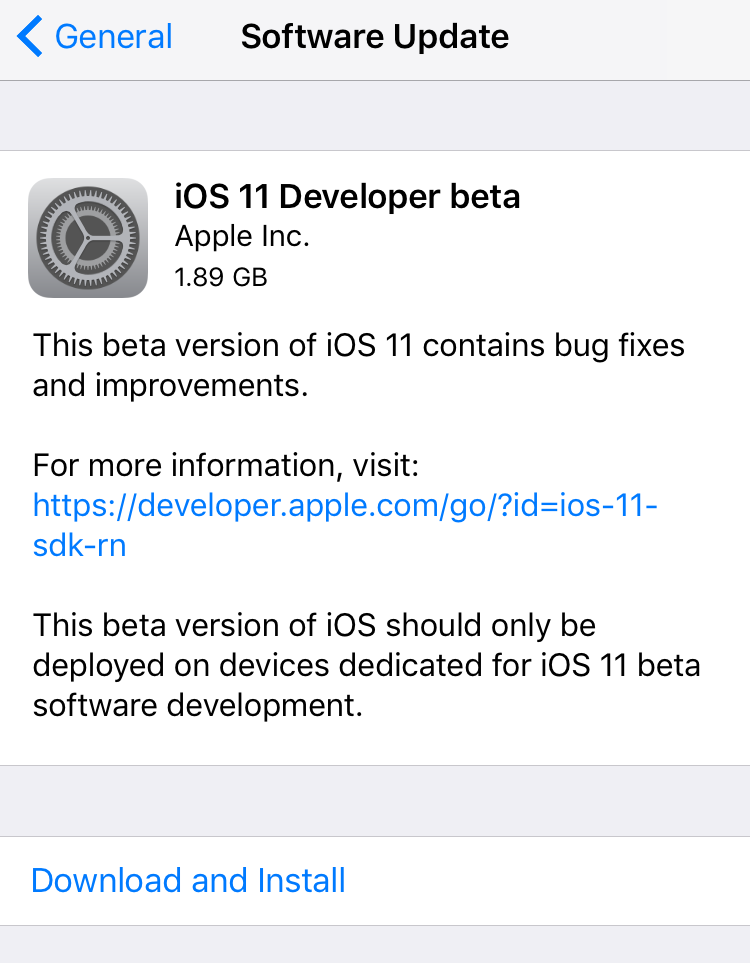 The update measures at 1.9GB so it may take a while to download. Sit back and relax until the download is completed and the update is installed, after which you can enjoy all the new features that iOS 11 provides.

Now that you’ve installed iOS 11 beta, you will continue to receive future iOS beta updates from Apple as soon as they are released. Keep in mind that these beta firmwares contain bugs and performance issues and might slow down your device.

What do you think of iOS 11? Let us know in the comments below.