It’s become clear in recent months that Apple is up to something in the augmented/virtual reality (AR/VR) space. However, while the company has filed a myriad of AR/VR-related patents, and has even been rumored to be working on several different devices that could debut at some point this year, we’re still stabbing in the dark when it comes to Apple’s actual AR/VR ambitions and how they will be implemented with existing and future hardware devices.

Adding fuel the fire this week is yet another Apple VR patent, published on Thursday by the U.S. Patent and Trademark Office, which briefly details “a method for representing a virtual object in a real environment.” The patent essentially describes how a “recording device” — such as an iPhone — could be used to capture the image of a two-dimensional (2D) object within its imminent environment. At that point, what would happen is that the system would select the object captured within the image, and then utilize it as a reference point to determine the positioning of other objects in the real world.

In other words, as Apple describes, “In a way largely close to reality,” the system would allow the object captured within the photo to “collide with items in the real world.” 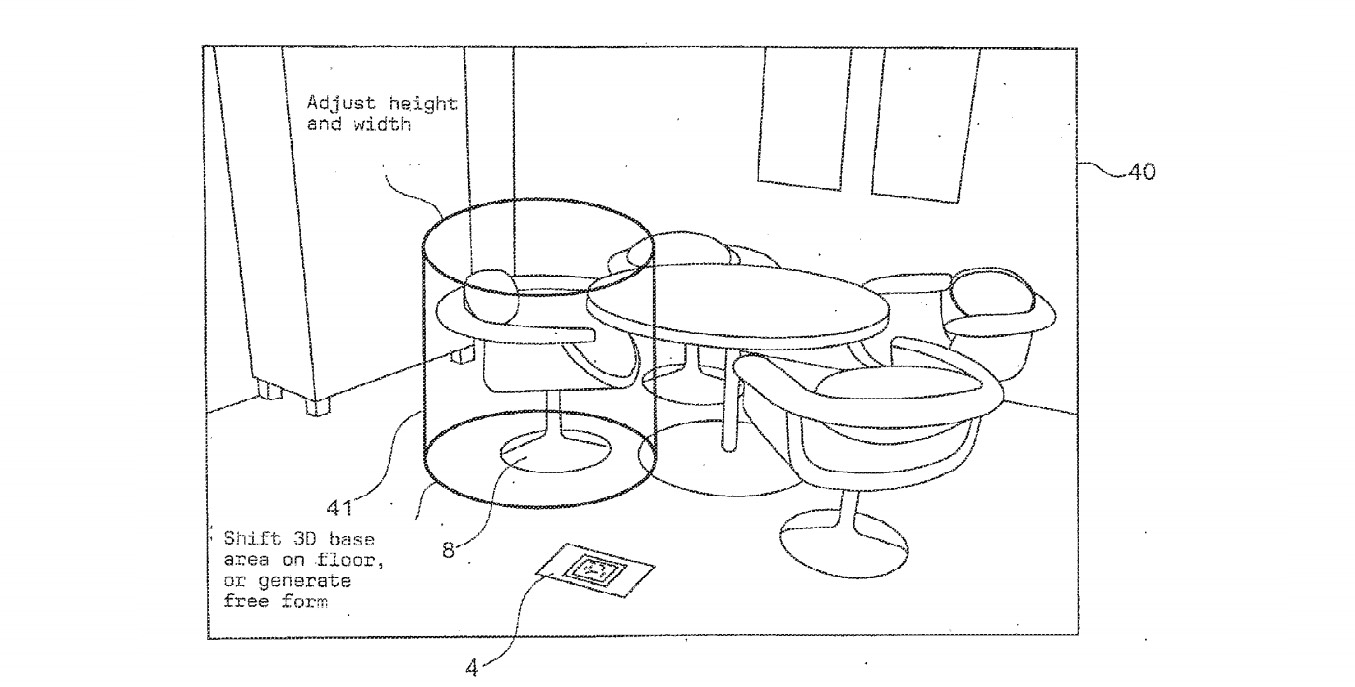 So, for argument sake, Apple utilizes “the positioning of furniture in a room” as a use case to demonstrate how the technology could be utilized. Apple’s patent contains a series of images depicting the furniture placement in a room — specifically, chairs positioned strategically around a table. Another “virtual chair,” albeit similar in shape and dimensions to the others in the photo, is then projected (inserted) into the room next to the other chairs and table using VR.

The user could then manipulate the positioning of the virtual chair to various points around the table, though the virtual chair, itself, becomes increasingly obscured when its moved to the back of the table — farther away from the user’s discerning line of sight.

Apple claims that this patent can provide users with “an intuitive assessment of the suitability of various products for a purpose of use.” In other words, it could be used as a sort of interior design mapping utility, helping the user configure their spaces with various objects (i.e.: chairs) without actually going out and buying the chair, or have it present in the room.

The potential applications of the concept could entail much more than simply interior design, however Apple stops short of providing much additional detail about what kind of device could be used to facilitate this concept — although the company has filed multiple patents, including one for a standalone VR headset of some sort, and one detailing what the company has coined the iGlass. So we will just have to wait and see what ultimately comes of this — although it probably won’t be long until we do, since Apple’s AR/VR projects appear to be moving forward full speed ahead.