Most reports agree that this year’s lineup of iPhones will all look, more or less, like iPhone X-style devices. But a new set of renders suggest that there could be slight differences.

Tech outlet BGR obtained a set of renders from case maker Ghostek, which are reportedly based on factory files — presumably CAD mockups or exact specifications. The third-party source has leaked accurate renders before. BGR goes on to state that another source “aware of Apple’s plans” corroborated their authenticity.

At first glance, it looks very similar to an iPhone X. But upon further inspection, you can notice a few minor but perhaps key differences. 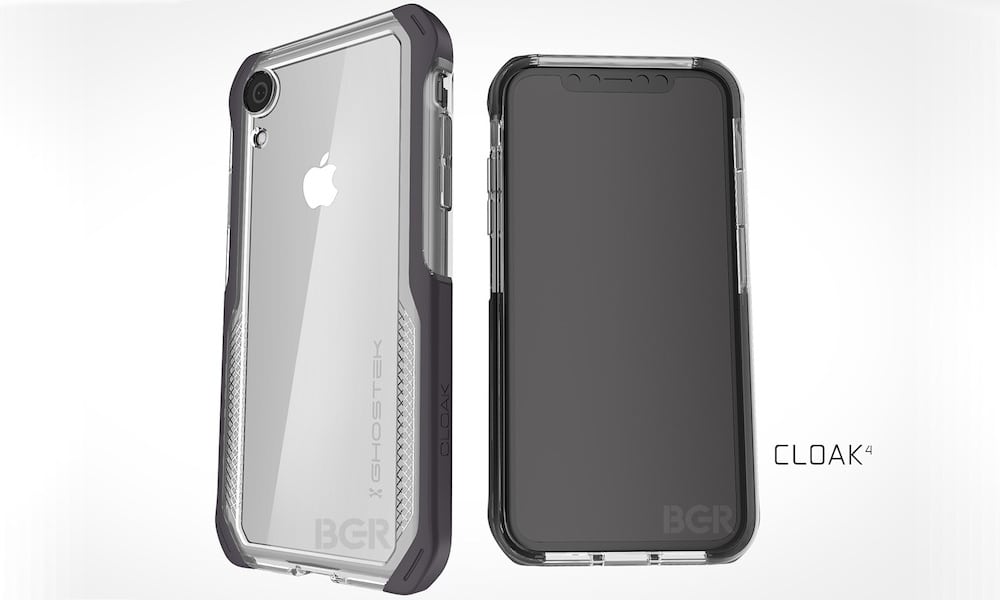 We’ve previously seen reports that Apple may be running into trouble forming an LCD display around the sensor cutout on the 6.1-inch iPhone. That’s because of the nature of LCD displays and the fact that they aren’t as flexible as OLED.

Presumably, that means Apple couldn’t use the same display panel solution it did on the iPhone X. On that device, the OLED display actually “curves” around on itself. That’s part of the reason the iPhone X has such slim bezels.

Instead of just adding a wider bottom bezel, Apple seemingly opted to have the same-width bezels wrap around the LCD display. Again, they’re not huge bezels — but it is a noticeable difference.

The 6.1-inch LCD iPhone is largely expected to be a more budget-friendly version of the iPhone X. It’ll reportedly feature gesture-based controls, a sensor cutout, and Face ID, among other “modern iPhone” features. Some reports suggest wireless charging could be on the docket, too.

To get the device to be cheaper, Apple has made a few compromises. The device will sport an LCD display, instead of an OLED one, and it might forgo 3D Touch.

It’s also rumored to be the best-selling device in the 2018 lineup. Apple is already preparing for that future with ramped up production of the entry-level handset.

As far as price point, exact reports differ on the specifics. But reputable market analysts have forecasted that the base version could retail for as low as $550. It’ll debut in the fall, likely sometime in September, alongside the iPhone X successor and the so-called iPhone X Plus.