Apple’s iPhone isn’t known for spontaneously bursting into flames. But that doesn’t mean there aren’t isolated incidents of Apple flagships overheating or even catching fire.

A teenager in the Orlando, Florida area recently told local media that she was burned by her iPhone during routine use. The teenager, 17-year-old Tina Pierre, said she was waiting for a text with her iPhone on her stomach when she started feeling pain.

“It was really painful. It was, like, extremely painful,” Pierre told ClickOrlando.com. She added that the iPhone was extremely hot to the touch following the incident.

But Pierre’s complaint isn’t solely levied at Apple’s product, but rather Apple’s alleged response. After the incident, Pierre said she was left with a burn mark the exact size and shape of her iPhone 7 Plus — a scar that only got darker as time went on, and is still visible on her stomach.

When Pierre sent pictures of the injury to Apple, she said they seemed more concerned about the iPhone than her. “They didn’t ask me about my burn,” Pierre said. “They weren’t concerned about it.” 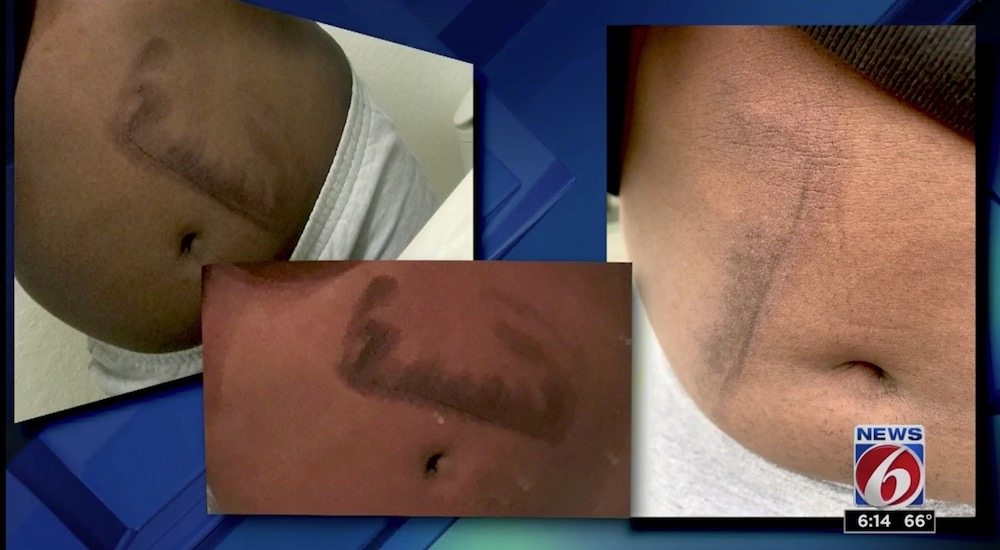 Pierre sent her phone in after Apple staff promised her an upgrade. Despite that, she received a new model of iPhone 7 Plus. More than that, Apple support claimed there that they couldn’t find any defects with the iPhone.

While we don’t know exactly what went wrong with Pierre’s iPhone 7 Plus, we do know that most overheating issues with iPhones — or any smartphones — stem from their lithium-ion batteries. Even when such battery issues don’t cause injuries, they can still be dangerous.

In a separate incident that occurred today, an Apple Store in Zurich was evacuated when an iPhone overheated and started smoking, Reuters reported. Local authorities say the incident took place when an Apple repair worker removed the device’s battery, which promptly overheated and burned his hand.

Apple staff responded quickly, pouring quartz sand over the malfunctioning battery so that the smoke — which had forced more than 50 customers and employees to be evacuated — could be contained and sucked out via ventilation.

Currently, the exact model of the iPhone is unknown. Seven people received medical treatment but did not need to be hospitalized because of the incident.

Apple’s flagship smartphones don’t have the fiery reputation of other infamous exploding devices, but iPhone-related fires and explosions do occur from time to time.

In July 2017, a Wisconsin woman and State Farm sued Apple over an iPhone 4s that caused a “damaging fire” in the woman’s home. Earlier than that, an Atlanta man’s iPhone 6 Plus was reported to have burst into flame in December 2015. Even amidst the Galaxy Note 7 fiasco, Apple was investigating two separate reports of exploding iPhones.

In all of the incidents, the cause of the overheating seems to have been the iPhone’s standard lithium-ion battery. While normally safe, such batteries are prone to overheating or even catching fire if damaged or charged via a third-party, unregulated charger. But even during routine use, with billions of lithium-ion batteries out in the world powering our everyday devices, accidents are bound to happen to some of them.