This September, the iPhone will officially be ten years old, and if the majority of the rumors are to be believed, Apple is looking to make a big splash for the tenth anniversary edition of the iPhone. Even before last year’s iPhone 7 release, rumors began circulating the web claiming that this year’s iPhone release, known as the iPhone 8 on the web, would see a dramatic redesign. A curved, nearly edge-to-edge OLED display, reinforced glass design, and an improved, possibly 3D-sensing camera are all but confirmed for the iPhone 8. While nothing is set in stone yet, the iPhone 8 is shaping up to be one of the most impressive and groundbreaking iPhone releases yet.

While there have been plenty of rumors about the features of the iPhone 8, we don’t have a great idea of exactly what it will look like yet. Most agree that the phone will feature glass front and back panels with a stainless steel or aluminum frame, and many agree that the iPhone 8 will forego the traditional home button for a larger, possibly curved OLED display with the Touch ID sensor embedded right underneath. There haven’t been many rumors, however, regarding the actual design.

This morning, however, Korea’s ET News reported that the design of the iPhone 8 will feature a “water drop design” – a bit of an homage to the original iPhone released ten years ago. According to a rough translation of the ET News report, “Apple’s next iPhone is expected to be closer to ‘water drop design.’ It embodies the back side with curved emphasis, resembling the initial iPhone.” 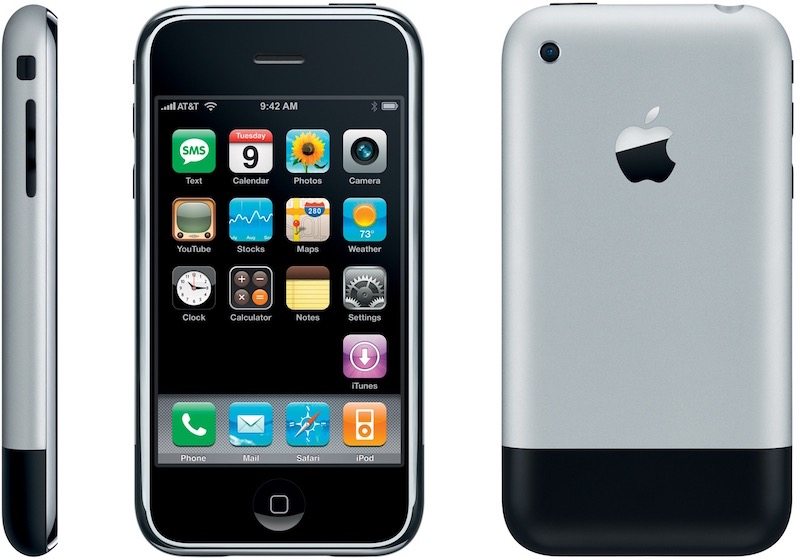 The report describes a rear casing made of “three-dimensional glass”, with a rounded curve around all edges. The front of the phone, made of “2.5D cover glass”, sits “relatively flat”, but with slight curve around the edges. According to the report, “[this] will make the new iPhone look like the original. Apple used a flat, rounded design from the first iPhone to the iPhone 3GS in 2007. If you put it upside down on the floor, it looks like it is dripping.” The iPhone 8 will reportedly feature a similar design, hence the “water drop” reference.

The iPhone 8 is expected to launch this September, possibly alongside an iPhone 7s and 7s Plus, which would feature an almost identical design to the 2016 releases with beefed up specs. Among the new design changes, rumor has it that the iPhone 8 may also feature wireless charging and a “function area” near the bottom of the display instead of a traditional home button, somewhat similar to the Touch Bar recently introduced on the latest MacBook line.