While we’ve seen our fair share of leaked ‘iPhone 7’ images — and, not to mention, who can forget those far-out concepts — the latest set of alleged outer casing images coming to us this morning appear to be the newest Computer-aided Design (CAD) renderings of Apple’s forthcoming 2016 flagship.

Perhaps it’s not too surprising, with a little less than 3 months to go until Apple’s ‘iPhone 7’ is likely to touch down — in all its iOS 10-powered glory; however, if indeed they are accurate, these images appear to converge quite nicely with the slew of rumors that are currently circulating the web.

As NWE noted on Wednesday morning, shortly after the renderings surfaced online, these CAD renderings are consistent with many of the rumored ‘iPhone 7’ and ‘iPhone 7 Plus’ design patterns. For instance, Apple’s impending iPhone is largely expected to retain much of the physical design hues of the current-generation iPhone 6s.

However, even despite the similarities, Apple’s ‘iPhone 7’, for its part, will also boast a few notable enhancements of its own. Chiefly among them, these CAD rendering appear to support previous rumors that Apple will be ditching the standard 3.5mm headphone jack in lieu of a hypothetical Lightning-enabled audio solution.

What’s more, the handset casings appear to boast a revised antenna system, as well as a larger camera cutout on the 5.5-inch ‘iPhone 7 Plus’ — presumably to accommodate that beastly dual-lens camera system we’ve been hearing a lot about in recent months. 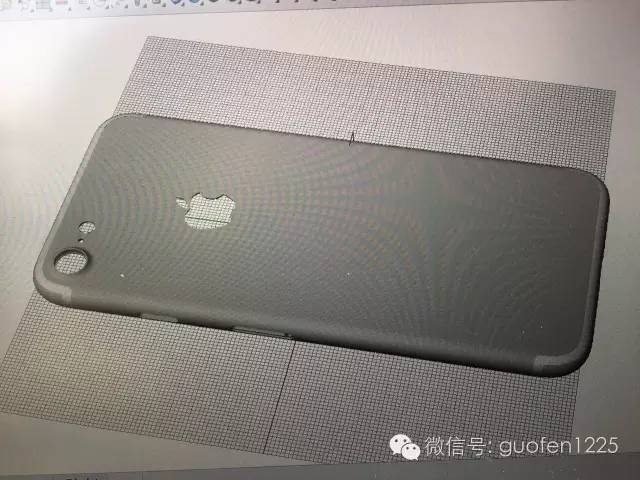 Finally, flipping the device around to the bottom, we can see the incorporation of two, bi-laterally positioned speaker grilles — indicting that the handset will perhaps boast an improved audio output quality instead of the 3.5mm headphone jack.

While the authenticity of these images should be taken with a grain of salt until further notice, there do exist a few internal casing elements that lend credence to their validity. One possible theory currently circulating the web is that these images originated from an employee at Catcher — Apple’s long-standing supplier of freshly minted metal iPhone housings. However, that’s just a theory and should be considered accordingly.

Of course, with just a little less than 12-weeks to go until the timeframe of Apple’s usual iPhone refresh, it likely won’t be long until we see for ourselves what the Silicon Valley iPhone-maker has in store for us with its ‘iPhone 7’, right?

What are your thoughts about these latest CAD renders? Are you excited for the ‘iPhone 7’ to be released later on this fall? Let us know in the comments!