The iPhone X may have been Appleâ€™s most significant flagship in recent years, but 2018â€™s lineup of iPhones is going to be no less important.

Last yearâ€™s iPhone X flagship may have hinted where Apple is moving with the devices, but whatever handsets Apple releases in 2018 will likely solidify its smartphone ambitions.

Thatâ€™s particularly important since Apple is rumored to discontinue the iPhone X. To be clear, that doesnâ€™t mean itâ€™s scrapping the iPhone Xâ€™s design â€” the company is simply not going to continue selling that particular model at a discounted price.

While Appleâ€™s 2018 iPhones are still relatively mysterious, weâ€™ve already seen early rumors hinting at what the devices could look like. iDrop News has put together a set of renders that depict some of these possibilities for the so-called ‘iPhone XI’.

Note: These concept images are based on rumors. The iPhone XI is not an official device. 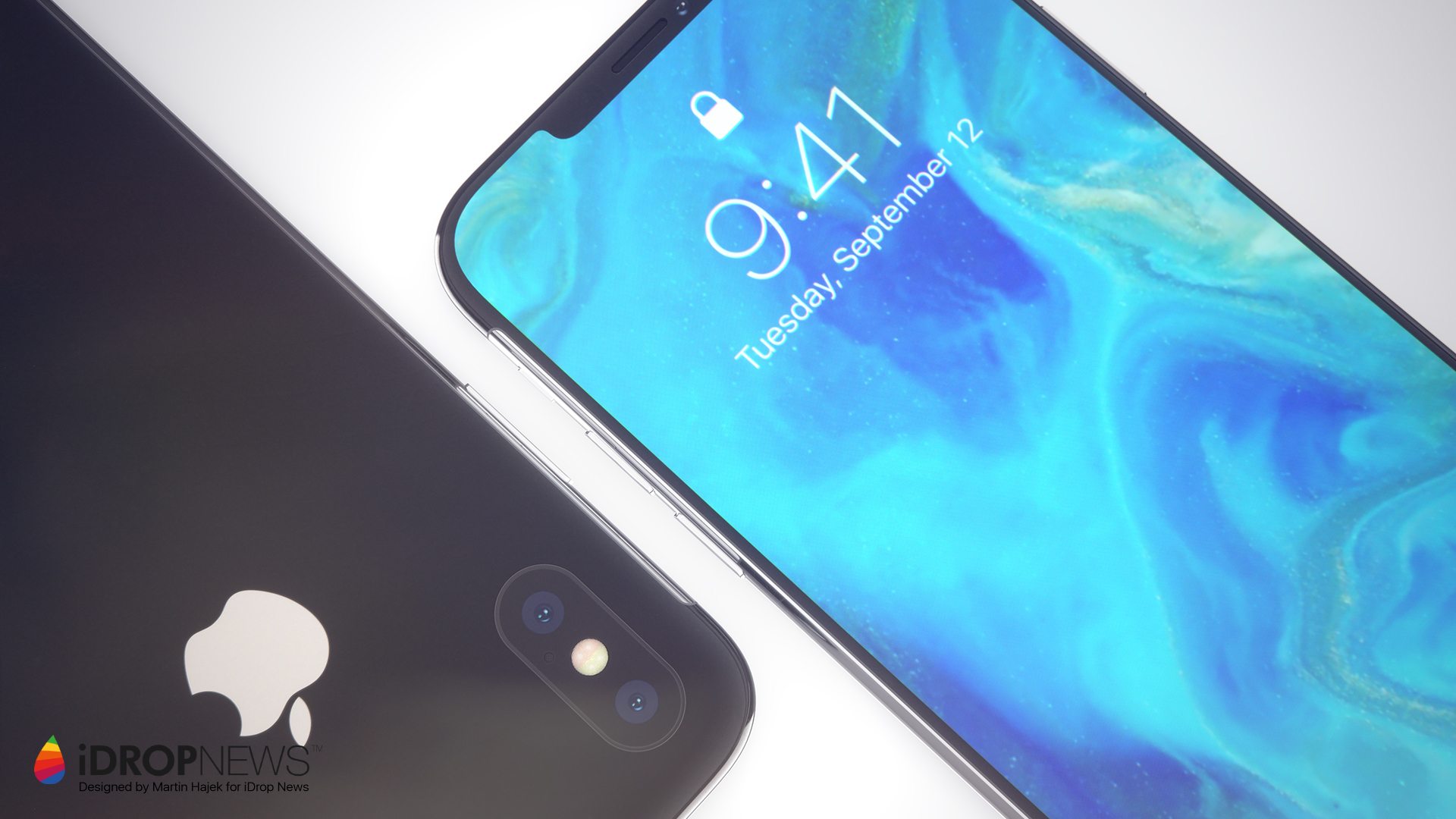 But before we move on, let’s take a look back at everything we know about Apple’s 2018 iPhone lineup so far.

Collating supply chain reports, tech industry rumors, and analyst predictions, hereâ€™s what we know about the 2018 iPhone lineup so far.

Like the 2017 lineup, Apple is largely expected to release three iPhones this year, according to well-connected analyst Ming-Chi Kuo of KGI Securities.

That includes a direct successor to the iPhone X â€” for simplicity’s sake, a so-called â€œiPhone XI,â€ although we’re not sure what it’ll actually be called (but more on that later).Â Presumably, this device would feature roughly the same form factor and size, and retain its glass construction and edge-to-edge 5.8-inch display. 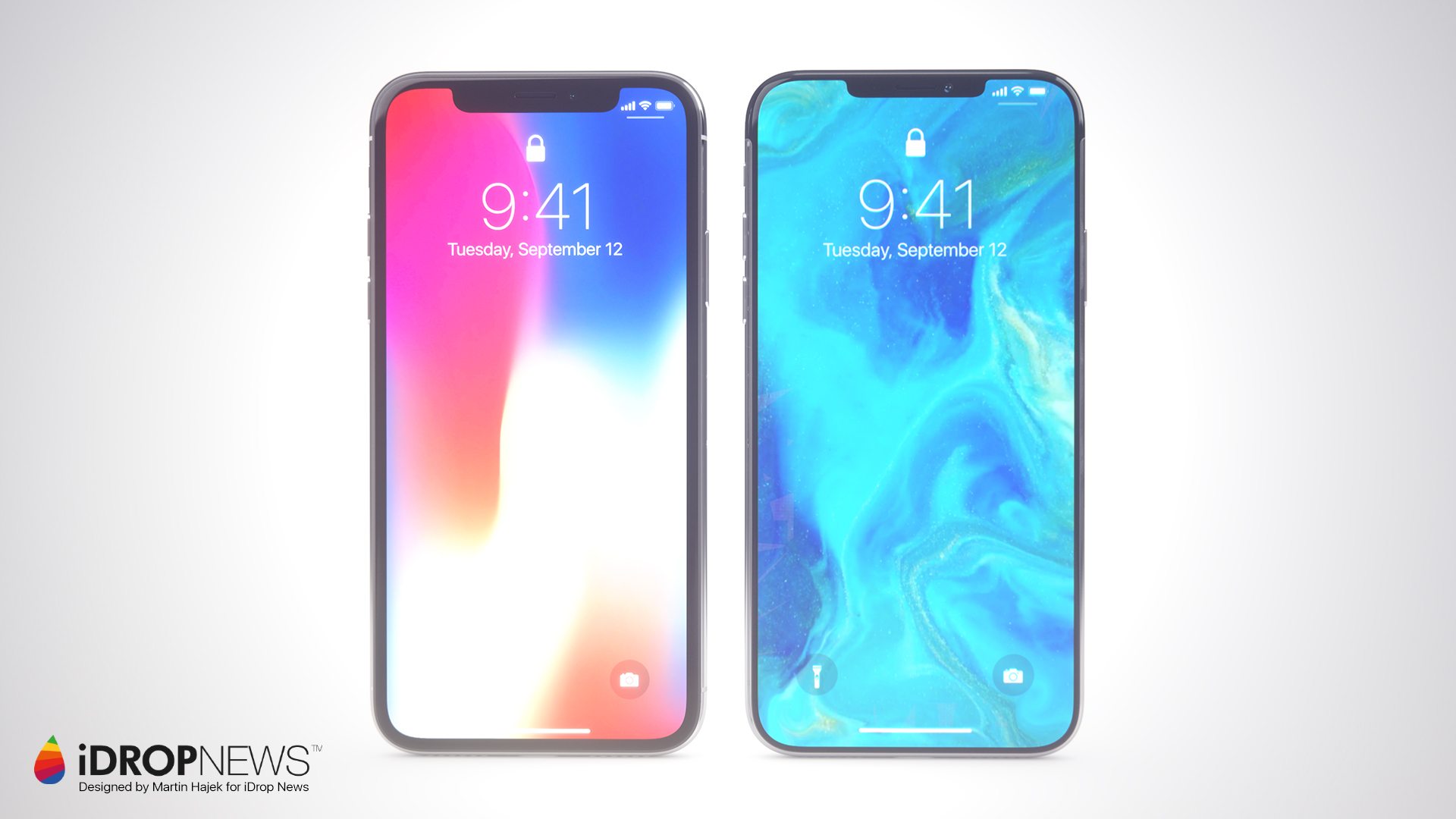 Apple is also rumored to fill out the lineup with an â€œiPhone X Plusâ€ â€” basically a larger iPhone X with a massive 6.5-inch display â€” as well as a lower-cost LCD-based iPhone with a 6.1-inch display and metal construction (that means no wireless charging, possibly).

Most analysts agree that Apple will continue to use the edge-to-edge iPhone X design in its forthcoming devices â€” even applying that design to its Plus-model iPhone, as well as its lower-cost LCD handset.

Save for the LCD model, Apple is probably going to keep the glass backs for its flagships â€” seeing as the material is a necessity for wireless charging. Additionally, Apple is largely expected to use Face ID across its entire iPhone lineup.

While the design will likely remain the same, Apple could make small tweaks. KGI Securities previously predicted that the metal frame could be updated to allow for faster data transmissions.

Apple is very likely to use a new generation of its proprietary A-series chipsets for the new phone, as well as upgraded modems from both Qualcomm and Intel that would allow for 4×4 MIMO support. In other words, expect a more powerful iPhone with faster broadband cellular speeds.

Additionally, Kuo forecasted that at least one iPhone this year could sport a dual-SIM card tray. While not popular in the U.S., such a feature is common and even expected on high-end flagships in other regions of the world â€” particularly in increasingly critical markets like China and India. 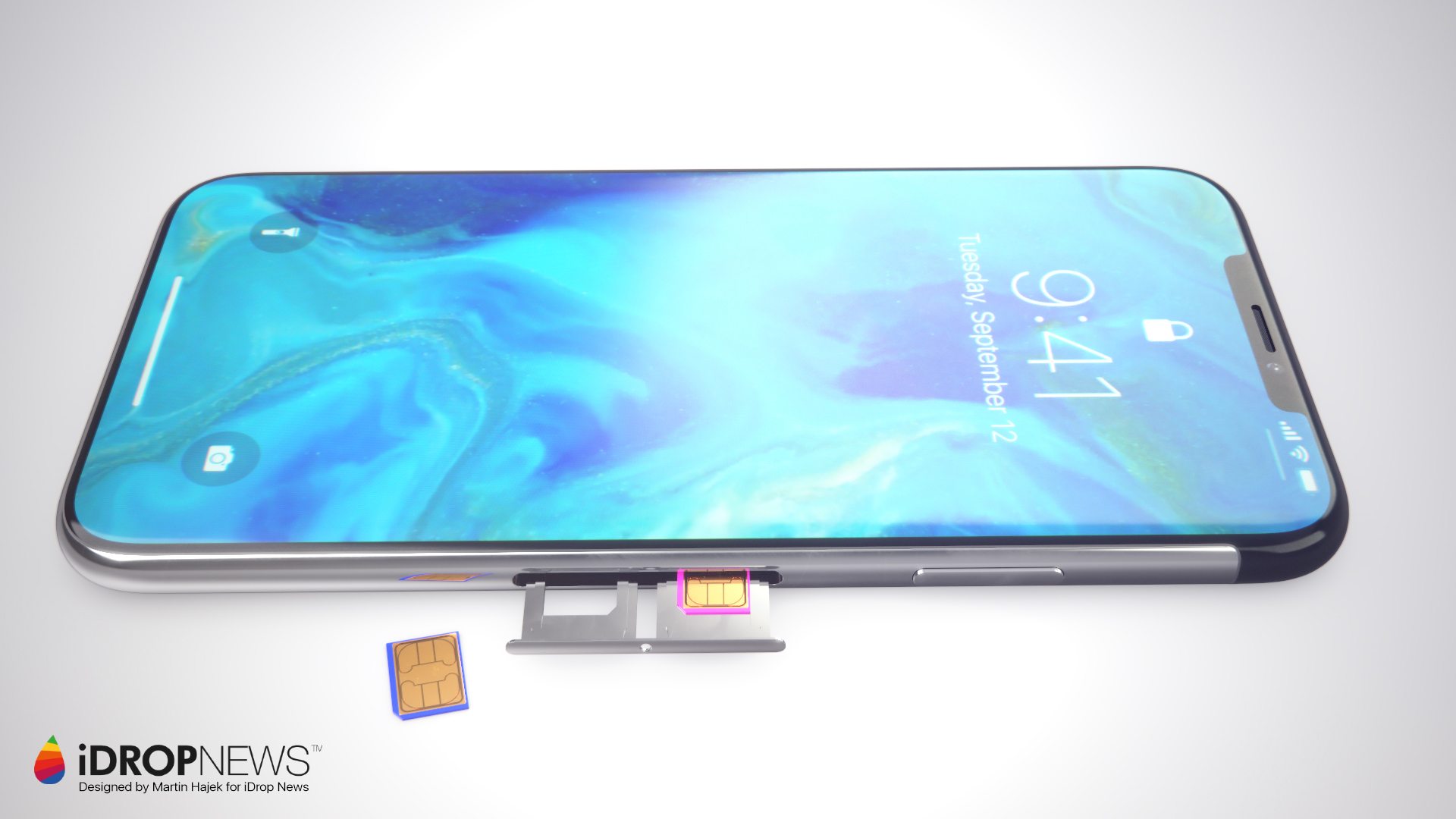 Based on another report, Apple partner LG is rumored to have been tapped to supply new L-shaped batteries for theÂ  2018 iPhone lineup â€” a move that could allow for better and higher-capacity batteries that charge quicker. As an added plus, it could free up more space for internal components.

The company is also making pushes to include more of its own silicon in its device â€” so thatâ€™s always a possibility. Previous supply chain reports suggest that Apple is working on in-houseÂ power management and graphics chips

While there are quite a few things we know about how Apple could approach the 2018 iPhone lineup, there are always an infinite amount of innovative possibilities that Apple could implement. Here are just a few ideas.

The iPhone Xâ€™s front-facing camera got a serious upgrade with the addition of the 3D scanning and infrared TrueDepth Camera system. Unfortunately, rumors seem to indicate that Apple wonâ€™t add an additional TrueDepth system to its rear-facing camera, owing to the higher spec demands and difficulties in producing the fragile and complex array.

But maybe Apple wouldnâ€™t have to. According to Martin Hajek, with some clever engineering, the company could use one camera and one set of TrueDepth sensors â€” and just make those components dual-directional by mounting them vertically. 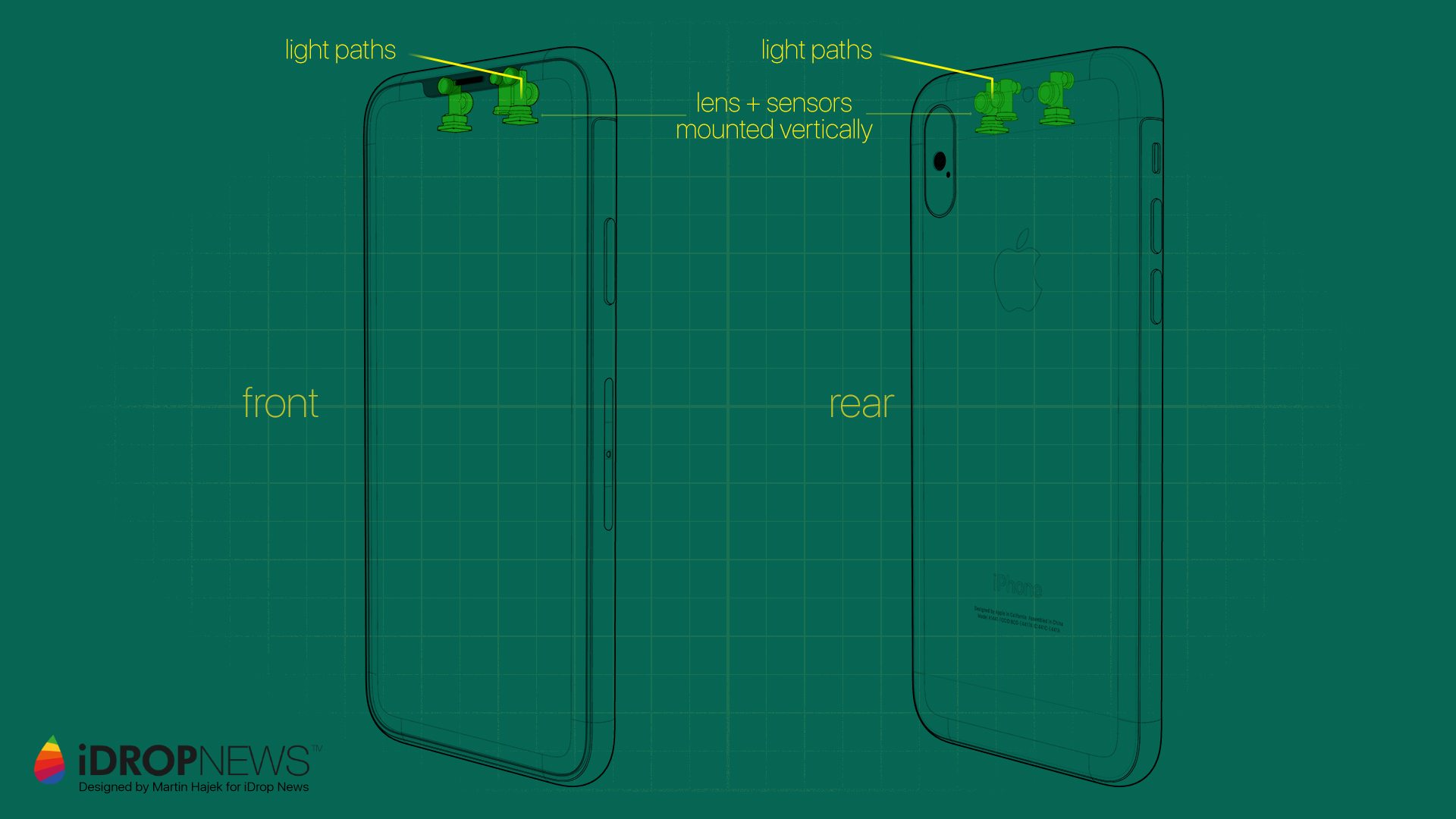 Apple could â€œwrapâ€ the black sensor housing around both sides of the device, allowing the TrueDepth Camera â€” and its advanced array of sensors â€” to be used in both a front-facing and rear-facing manner. To make that happen, the company would apply a wide-angle fisheye or 360-degree lens tech to the system.

Such a solution could allow the iPhone XI to have front- and rear-facing AR and Face ID capabilities without needing two separate TrueDepth sensors.

The iPhone Xâ€™s sensor notch is a controversial feature â€” some people hate it, while others donâ€™t mind it. And while the notch is probably here to stay, Apple is reportedly looking into making it slimmer on future devices. 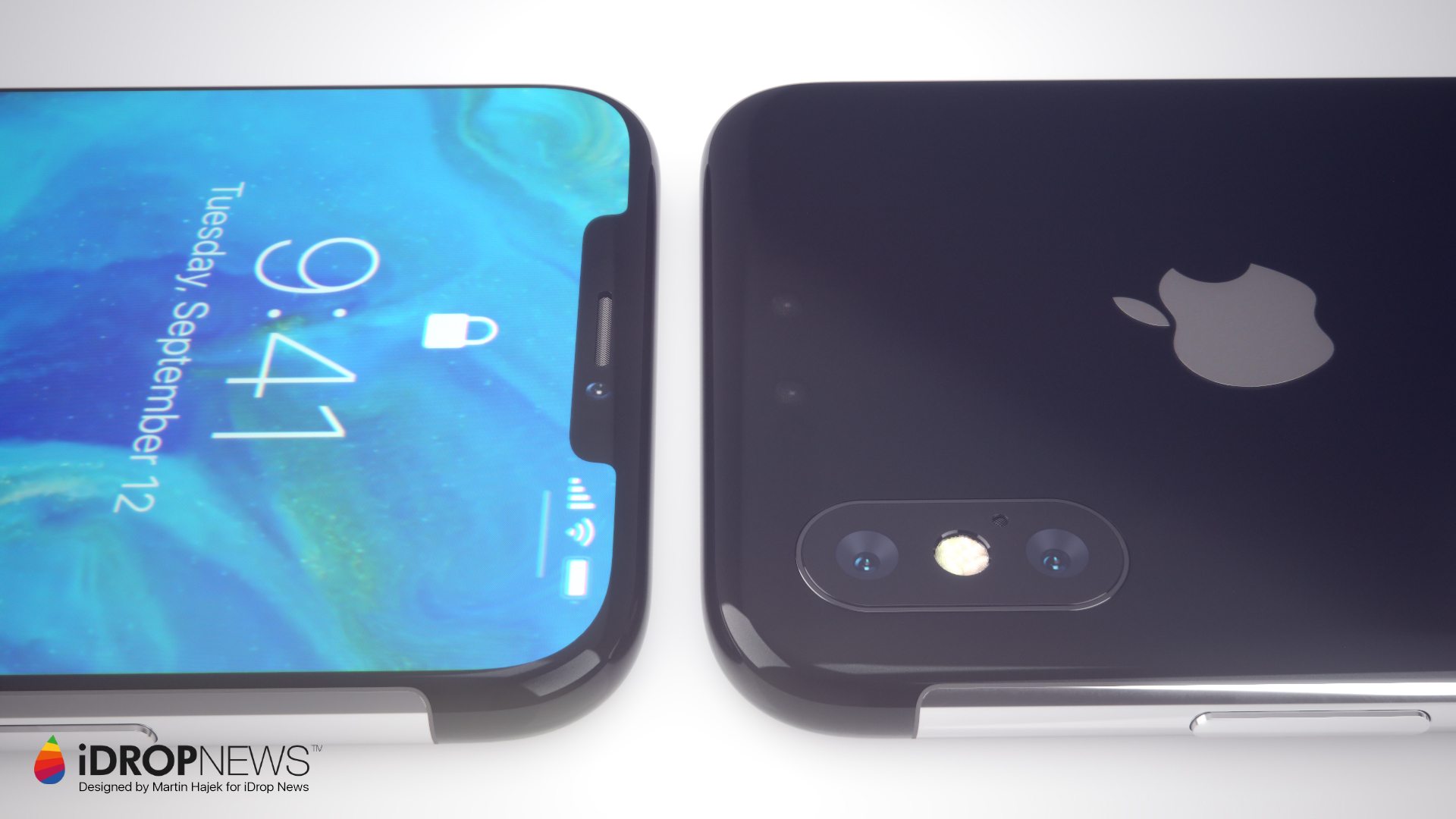 To be clear, those rumors suggest that a slimmer sensor housing wonâ€™t make it into an iPhone until 2019 â€” but that doesnâ€™t preclude its possible inclusion in this yearâ€™s iPhones. A vertically oriented, dual-direction camera and sensor suite (as stated above) could even allow Apple to do so.

What Will the New iPhones Be Called?

Of course, this is still up in the air â€” and we wonâ€™t know for sure until Apple officially announces it at its keynote this year.Â Speaking of whichâ€¦

We donâ€™t know when exactly Apple will introduce this yearâ€™s stable of iPhones, but itâ€™s almost certainly going to be in September 2018.

Since the iPhone 5 debuted, Apple has announced every generation of flagship during its fall keynote â€” which usually takes place the first or second Tuesday or Wednesday in September.

Unless Apple decides to completely change it up, its historical patterns are a good indication of when the iPhone XI will be unveiled. That being said, Cupertino could throw us a curveball.

As far as launch dates, Apple usually ships flagship iPhones the second Friday following its keynote â€” though there are significant exceptions, such as the iPhone 6s in 2015 and this yearâ€™s iPhone X.