KGI Securities analyst Ming-Chi Kuo has an incredible track record when it comes to predictions regarding Apple products. Kuo correctly predicted the release of the iPhone SE, for example, as well as the dual-camera and a number of other features on the iPhone 7. He predicted the new MacBook Pro line, including the decision to switch to a USB-C port instead of the popular MagSafe connector as well as the Touch Bar and Touch ID functionality. Since last year, however, Kuo has also dedicated quite a bit of time to the iPhone 8. Last May, Kuo predicted that the iPhone 8 would feature an OLED display, and would return to a reinforced glass enclosure, both of which have been corroborated by several other sources.

An investor note Kuo released yesterday included information about the size of the new device, a new feature, and an increased pixel density. 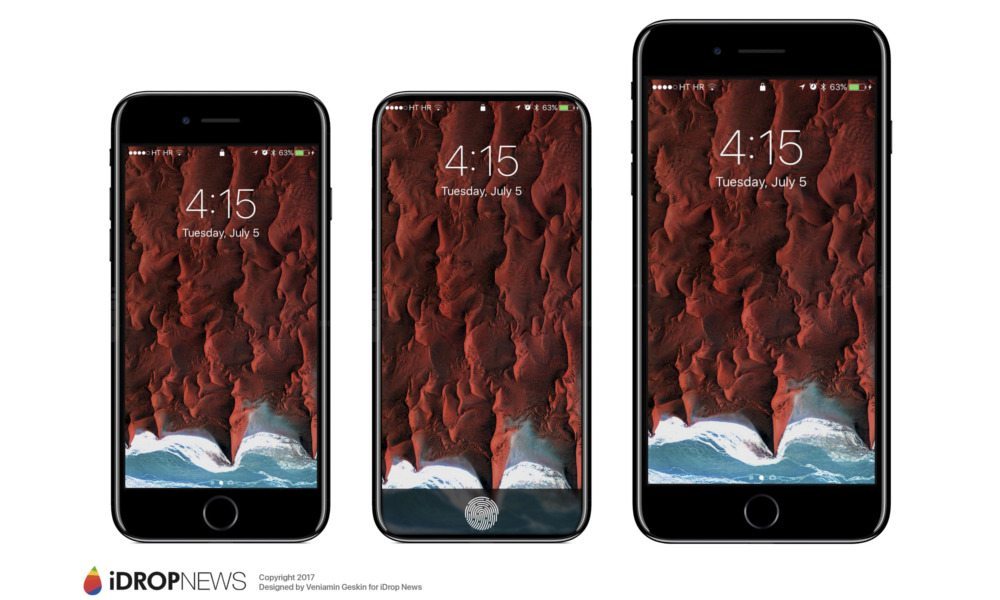 Rumors that the iPhone 8 would feature a nearly bezel-free design and would forego the traditional Home button have been circulating the web for quite some time now, but yesterday’s investor note from Kuo shed a bit of light on how the phone will actually function. The note stated that the device would feature an edge-to-edge 5.8-inch display, with a “function area” with virtual buttons (a la the MacBook Pro Touch Bar) and a Touch ID sensor occupying the bottom half-inch or so of the screen.

9to5Mac ran the numbers this morning and concluded that if Kuo’s note is indeed accurate, “the iPhone 8 will have a pixel density around 521 PPI, far higher than the existing iPhone lineup,” (iPhone 7 PPI is ~320).“It also seems likely that Apple will use Retina assets at 3x scale, packing Plus features into a body the same size as the 4.7 inch phones.”

Although the iPhone has never lacked in quality displays, with Wired claiming that the iPhone 7 display “beats out smartphone displays of any stripe for important attributes like peak brightness and highest absolute color accuracy.” However, the iPhone has often trailed behind its Android competitors when it comes to resolution and pixel density. If Kuo’s numbers are correct, the iPhone 8 would feature a resolution and pixel density that rivals Google’s Pixel and Samsung’s Galaxy Edge S7, which both feature a 2560×1440 resolution and 534 PPI pixel density. Other recent rumors for the iPhone 8 hint at a massive battery upgrade, wireless charging, better water resistance, and a laser-guided facial recognition system. While many of these rumors should be taken with a grain of salt, it’s safe to conclude at this point that the iPhone 8 release will likely be one of the most impressive mobile phone releases we have ever seen.