A string of code buried within the first iOS 11.3 beta seems to corroborate previous rumors of a next-generation iPad Pro with slim bezels and Face ID.

Specifically, there are strings in the beta that refer to a “modern iPad,” according to iHelpBR editor Filipe Espósito. That’s notable because Apple’s engineers had referred to the iPhone X as the “modern iPhone” in firmware released before that device’s unveiling.

While that fact alone isn’t enough to confirm the existence of an iPad Pro with iPhone X-esque features, it does line up with previous reports that suggest Apple is going to give its flagship tablet lineup a serious refresh.

Last November, Bloomberg reported that at least one model of iPad this year will adopt many of the features and design elements of the iPhone X. Citing sources familiar with Apple’s plans, Bloomberg’s Mark Gurman wrote that the high-end iPad would sport much slimmer bezels and would do away with the iconic Home button — swapping Touch ID for Apple’s new Face ID platform.

Well-connected analyst Ming-Chi Kuo of KGI Securities, who has a good track record of predicting Apple’s moves, also expects an iPad Pro with iPhone X-like features. In October 2017, Kuo wrote in a research note that he expects the iPad Pro to sport a TrueDepth Camera and Face ID.

That correlates with the fact that Apple is largely expected to switch its entire iPhone lineup to Face ID in 2018 — a move that has Android makers scrambling to field their own advanced facial recognition systems.

But while an iPad Pro with Face ID and slimmer bezels seems likely for this year, there are still quite a few unknown elements of the potential tablet.

For example, it’s currently unclear whether the next-generation iPad Pro will adopt the controversial “sensor notch” on the iPhone X. With the larger form factor on a tablet, Apple could hide the sensor housing within uniformly slim bezels surrounding the display. 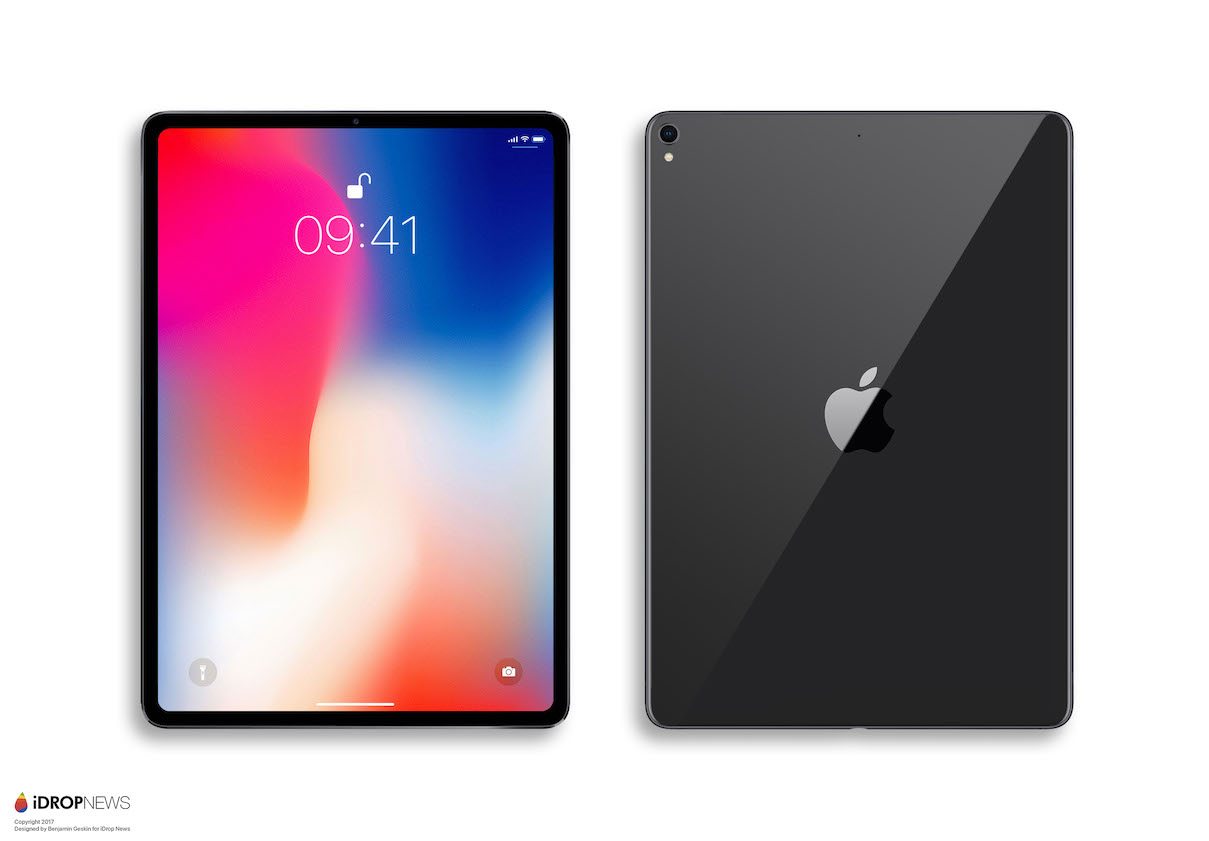 In other words, there may not necessarily be a reason to wrap the display around the iPad Pro’s TrueDepth housing. Whether or not the sensor notch shows up on 2018’s iPad Pro models, however, analysts seem to expect that the notch will end up on every iPhone this year.

Similarly, another unknown factor is what type of display technology will be present on 2018’s iPad Pro models. But while Apple has switched its flagship to OLED, that change seems unlikely to happen on the iPad. In November, Bloomberg wrote that a wide range of technical and supply constraints could keep this year’s flagship Apple tablet using LCD-based display tech.

It’s not clear when Apple would unveil a next-generation iPad Pro lineup, but we can look at the company’s historical trends for some clues.

Apple last refreshed the iPad Pro lineup in June 2017, adding a new 10.5-inch model to the stable of tablets. While that doesn’t confirm that a Face ID-equipped iPad Pro is coming this June, it certainly hints that Apple could unveil new iPad Pro devices in the first half of 2018.

Of course, take all of this with a grain of salt. “Modern iPad” may very well just be a placeholder name, but with the other available evidence, it certainly seems like Apple is going to give the iPad Pro lineup its “iPhone X” treatment.