When the iPhone 6 and 6 Plus first debuted last September, there was quite a large stir on the internet surrounding several iPhone devices that bent and broke near the volume button. Although Apple only dealt with 9 units that were returned as bent, there was such a stir on the internet that it was granted the scandalous name “bendgate.” One video of a user intentionally bending his iPhone 6 Plus to the point of breaking was one of 2014’s most popular videos on YouTube.

While there is much debate as to whether or not “bendgate” was a real problem, it appears as if Apple was looking to solve the problem before it even existed. Today, Apple was granted a patent that it filed for in 2011 for a “flexible electronic device” with a flexible display and housing. 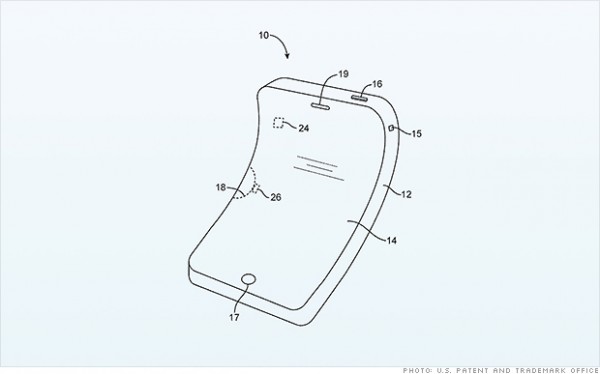 If said patent were put to use in a consumer phone device, we could see a generation of iPhones that are more durable. The extra flex in the phone and display could make the device more resistant to drops and awkward bends (in back pockets, for example). The technology could also bring interesting interface enhancements – squeeze the phone to open an app, for example. A malleable device certainly brings plenty of possibilities.

Like some of Apple’s other more exotic patents, we’re unsure when, if ever, we may see this technology put to use. However, with the speed at which mobile devices are trying to out-do their competition, we may see similar technology implemented sooner rather than later.