The two types of laptops do have their similarities. Both are ultrabook-like machines designed to be small, highly portable, and as thin as possible (the MacBook Air is thinner than even the top Chromebook challengers, but Chromebooks are still lightweights in the laptop world).

However, the two laptops also diverge. MacBook Airs are significantly more expensive, starting at around $1,200, where you can find many Chromebooks for around $300 with only a little effort (the Pixelbook is the primary exception to this, and so barely qualifies as a Chromebook for many users). The Air also provides more powerful chips, better storage, and other advantages that Chromebooks can struggle with. Chromebooks, in turn, offer the speedy Chrome OS, a system that’s especially well made for cloud computing, and prices that most people can afford.

So, how do you know when it’s time to turn your Chromebook in and upgrade to the Air? Obviously, your wallet plays a big role in the decision: But if you have the funds to make the switch, should you? We’re going to look at six cases where it’s a good idea.

1 The Chromebook is Your Only Computer 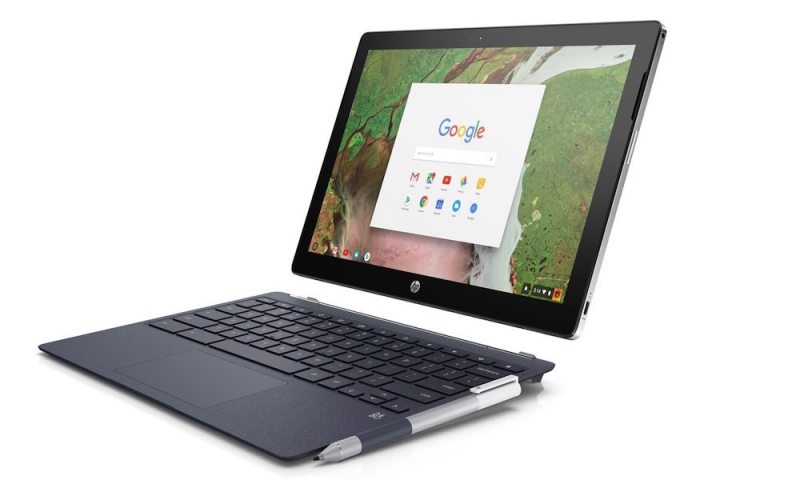 For whatever reason, the Chromebook is the only computer you have. You use it for everything, from watching movies to paying taxes. The problem here is that Chromebooks aren’t really designed for such constant use and heavy activity. If you keep relying on it for tough tasks around the clock, your Chromebook is going to die out and force a replacement on you – and then another – and then another. Additionally, there are some computer tasks that a Chromebook just isn’t well suited for, as you may have found when you tried opening too many browser tabs and crashed the only system. Overheating may be a major issue for you.

If you’re in this situation and still want your laptop to be your one-and-only, it’s probably time to switch to the MacBook Air. You get more power, an upgraded display, and durability that can keep up will all your tasks without breaking a sweat (but please still watch out for overheating issues and take good care of your laptop).

2 You Need a Better Screen

You enjoyed your Chromebook at first, but these days you’re using the laptop for a lot of visual content. You’re watching more videos on it, trying to use it for little bit of gaming, and it’s just not suited for the job. Maybe you have started more artistic enterprises and have found that affordable Chromebook screen just doesn’t offer the detail that you could use about now.

The new MacBook Air comes with an excellent 13.3-inch LED IPS Retina display with a 2560×1600 resolution. Unless you absolutely require a larger screen than 13 inches, this upgrade could be exactly what you need.

3 On-Board Storage Has Become a Necessity

Chromebooks, as we mentioned, are built around streaming. Chrome OS has a particularly light footprint, and space just isn’t a big feature for the average Chromebook (RAM generally isn’t the best either, but this isn’t quite as important for most long-term users). In this case, you primarily used your Chromebook for streaming and cloud computing. This worked out great for a while, because most of your work was in the cloud and you just didn’t need much storage.

Now, things have changed. Over time, your Chromebook grew filled with photos, videos, and data that just wasn’t cloud friendly. These days, your laptop often slows down, and can struggle with simple downloading tasks. You’ve thought about getting an external hard drive, but you aren’t sure if it’s worth the complication. In this case, it’s time for an upgrade, and you should look into the new MacBook Air, which offers SSD storage up to 1.5TB, which should be plenty for your purposes.

Chrome OS relies primarily on cloud data and Google’s apps, with some compatibility with Android apps (and maybe some Windows apps if you really, really want to work at it). You’ve tried to use these apps. You’ve worked hard to fit them into your daily computer tasks, and you’ve relied a lot on web apps and Google Drive. But these days, that isn’t cutting it. You need access to software that just doesn’t run comfortably on your Chromebook.

So take a look at the apps you need. Are they compatible with MacOS (many Microsoft apps, including the Microsoft Works Suite, are)? In that case, you should consider switching over to the Air, with its more powerful features and better compatibility.

Chromebooks are great college laptops, especially if you got one for free when attending. But if you’re dependent on your laptop for work now that you’re out of college, it’s time for an upgrade. Get yourself a laptop that will last for years of your professional life – and invest in a MacBook Air.

Of course, this decision is also based on the services that your company uses: We don’t suggest running out and buying an Air before finding out what IT recommends. But if your company is bring-your-own-laptop and everything plays nice with MacBooks, we suggest giving it a look.

Read Next: Analyst: Apple Services Could Be $100B+ a Year Business
Sponsored