The Apple versus Samsung legal saga continues on to another chapter. The US Court of Appeals for the Federal Circuit, which hears patent appeals, has reopened the years-long lawsuit accusing Samsung of copying design elements of the iPhone in its Galaxy series. 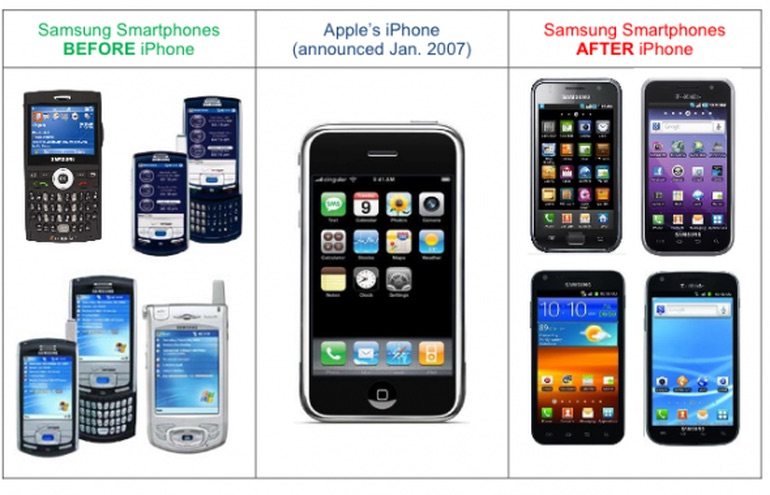 At issue are a series of iPhone design patents filed by Apple, which cover everything from its black rectangular face with rounded corners to pinch-to-zoom technology. While a federal jury ruled that Samsung had willfully violated Apple patents in 2012 and awarded $1 billion in damages, that sum was whittled down significantly in subsequent appeals brought to court by Samsung. The legal wrangling continues over the question of the appropriate amount of damages Cupertino is owed.

Last month, the Supreme Court unanimously supported Samsung’s position that the company should not be forced to turn over the full profits from infringing devices. Samsung famously likened this to surrendering all profits from a car due to an infringing cup holder, and called for proportionate penalties. This position is backed by prominent Silicon Valley companies including Google and Facebook.

Apple, backed by design-oriented companies including Nike, Adidas, and Tiffany, argued unsuccessfully that design is crucial to a product’s success and that Samsung ought to forfeit its entire profits from infringing models.

While the Supreme Court decision affirms that liability for design patent infringement doesn’t necessarily apply to the profits from the whole device, it provides little guidance regarding how violations ought to be punished and how much Samsung is on the hook for. The role of resolving that sticky question has essentially been handed off to a lower court.