The biggest Apple v. Samsung lawsuit will go before the Supreme Court on October, 11th in what will be the first design patent case the Court has seen in 120 years.

Samsung — in a move to reduce the amount of damages that it owes to Apple — will take to the Court the argument that they shouldn’t have to pay the full profits from the phones that allegedly infringed on Apple’s patents, according to Bloomberg. The company used the analogy of a car’s cupholder — it wouldn’t be fair to award all of the profits for a car just because of a partial design element, Samsung alleges.

Technically, Samsung has already paid Apple the combined $550 million in damages — but a clause in the case would force Apple to pay back that money if a future ruling swung in Samsung’s favor. What’s really at stake this court case is how much of the profits that Apple will get to keep, MacRumors reported.

The five-year old patent lawsuit originated in 2011, and focuses on Apple’s patents over elements of the iPhone 3G’s design, specifically “the rounded corners of its phones, the rim that surrounds the front face, and the grid of icons that users view” — adding up to $399 million in damages. The case also includes an additional $150 million for Samsung’s alleged infringement on Apple’s “pinch-to-zoom” feature. Although, combined, both of those figures are much lower than the original $1 billion in damages Samsung initially had to pay — through later court proceedings, that larger sum was significantly slashed. 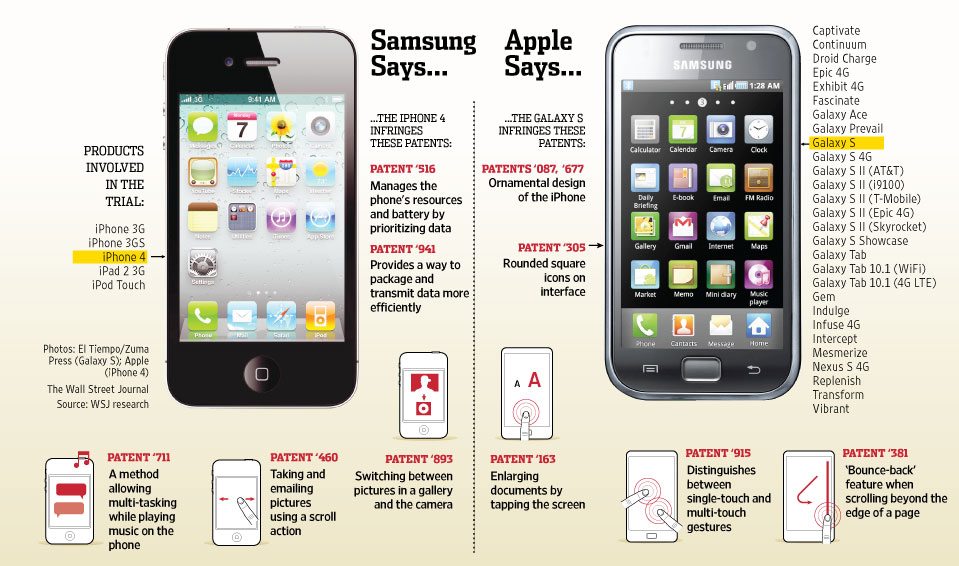 The case is also significant because it could potentially impact future patent lawsuits. The outcome could potentially influence the amount of damages companies could be awarded in future cases, according to the Silicon Valley Business Journal. The fight could also affect Apple and Samsung court cases, including a recent reinstatement of a $120 million award for Samsung’s infringement of Apple’s “slide-to-unlock” patent, AppleInsider reported.

During the case, the Supreme Court could potentially rule in three different ways: allowing Apple to keep the damages, invalidating them, or ordering a retrial to decide the exact amount of money that Samsung should pay.

The final ruling of the case — which is officially titled Samsung Electronics Co Ltd v. Apple Inc, Supreme Court No. 15-777 — is due to be published in June of next year