Users of Apple’s mobile payments system, Apple Pay, can now purchase gasoline at the pump at 6,000 ExxonMobil gas stations. However, there’s a catch: as opposed to the traditional tap-to-pay method used to conduct the majority of Apple Pay transactions, ExxonMobil has employed its own in-app purchasing protocol via the company’s official Speedpass+ app.

ExxonMobil’s Speedpass+ application was updated on Tuesday to include support for Apple Pay on compatible devices. Prior to the update, users could still purchase gasoline via the Speedpass+ app by entering their Credit/Debit card information and saving it to the application for that purpose. However, now gasoline purchases can be authorized at the pump, thanks to the new Apple Pay partnership, with just the swipe of a finger. 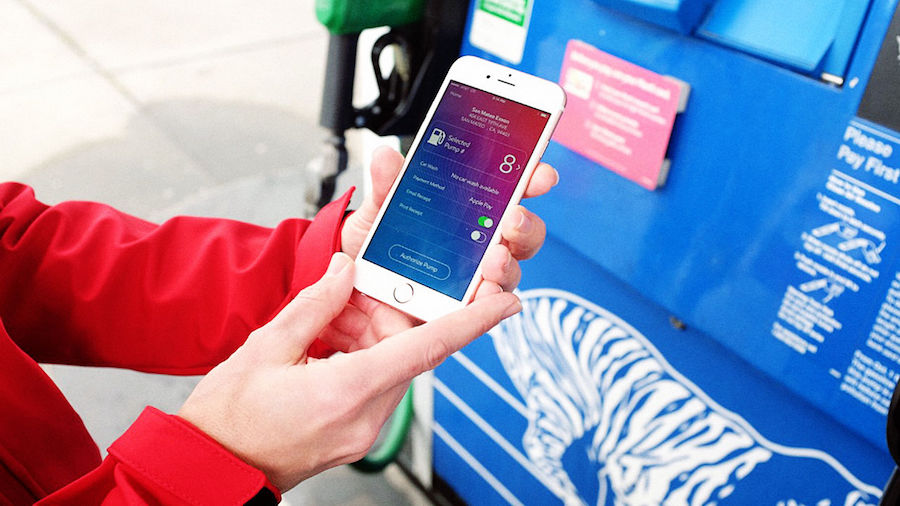 Apple Chief Executive, Tim Cook, originally revealed the forthcoming ExxonMobile/Apple Pay compatibility back in January — indicating that the feature would soon be coming to approximately 6,000 Exxon and Mobil stations nationwide.

How it works is, after the user identifies the station they’re at via the Speedpass+ app’s GPS location service, the app allows the user to manually enter their pump number or scan a QR code to activate the specific terminal. 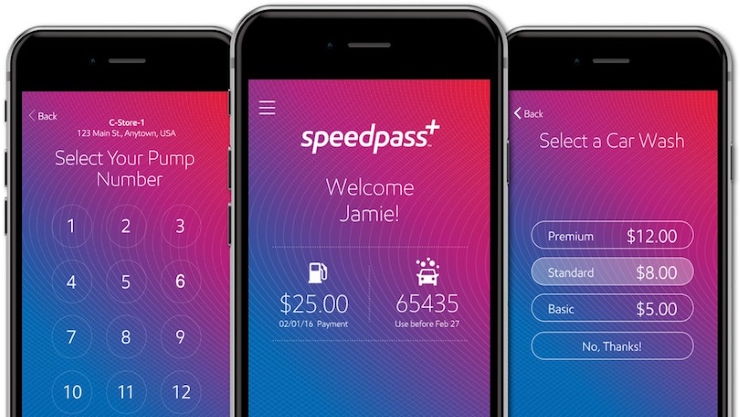 In addition to gasoline, Apple Pay can be used to pay for car washes at ExxonMobil stations, where available.

What makes ExxonMobil’s new mobile payment option unique is that, as opposed to the seamless tap-to-pay functionality that most Apple Pay customers have grown accustomed to, the Speedpass+ app relies on an in-app purchasing mechanism — allowing customers to conduct transactions at the pump without the need of an NFC reading contactless payment terminal at each individual pump.

According to CNet, Apple Pay support will expand to an additional 2,000 service stations by the Summer of this year — this after the initial launch at 6,000 stations in 46 of the 48 contiguous United States. CNet also reports that ExxonMobil plans to roll out Apple Pay support to the company’s entire portfolio of 10,000 stores by the end of 2016.

Have you tried purchasing gasoline at your local ExxonMobil station using Apple Pay? If not, you can locate compatible stations by downloading the company’s official Fuel Finder app — available via the Apple App Store here.

Learn More: How to Set Up and Use Apple Pay on iPhone and Apple Watch

Read Next: Why Your Smartphone Battery Will Likely Never Last More than a Single Day
Sponsored