While we’ve seen some pretty remarkable creations arise from the use of an Apple Pencil on the company’s iPad Pro tablet computer, what we’re feasting our eyes on today is perhaps the most noteworthy — err, newsworthy, of them all. The New Yorker magazine has for long provided its reader base with a taste for the finer things in life, and the 100% digitally hand-drawn image that proudly ornaments the front cover of the publication’s forthcoming, January 9th issue is indeed no exception to the status quo!

That’s because, believe it to not, the entire image — which depicts a well-lit vessel floating peacefully over calm and reflective waters — was drawn using only an Apple Pencil, in conjunction with Procreate, on Cupertino’s 12.9-inch iPad Pro. 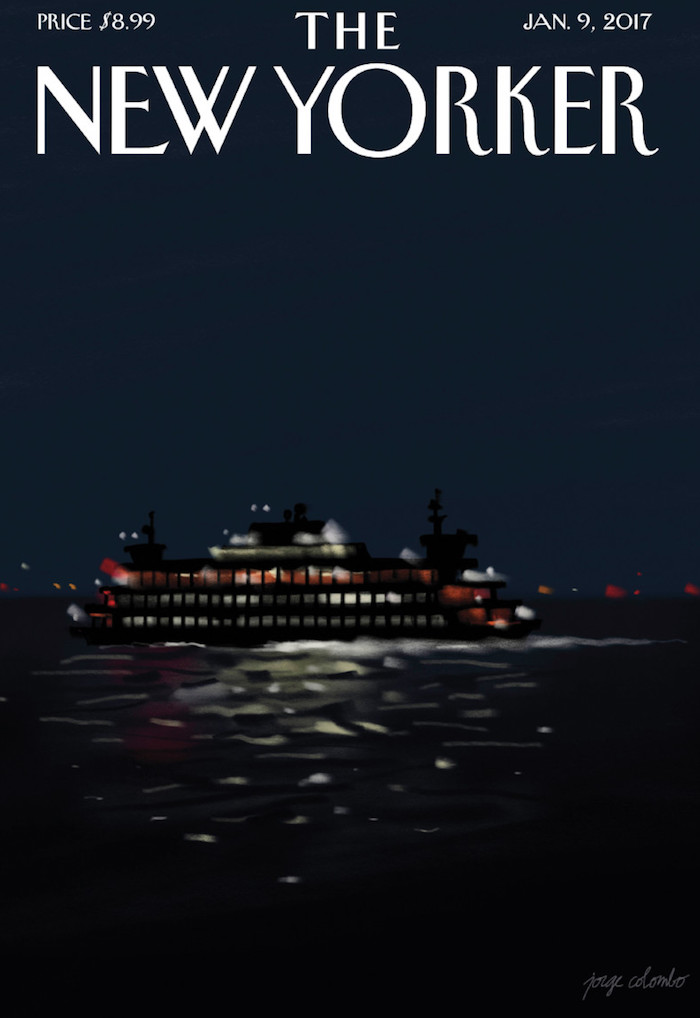 This remarkable drawing was created entirely using the aforementioned devices and software programs by The New Yorker’s own Jorge Columbo — and the publication even created a video, in all its fast-paced, time-lapse glory, showing the complex process that Columbo went through to create the image on his iPad Pro. Check the process out for yourself in the video below!

The New Yorker’s exclusive ‘Waterways’ issue is poised to hit newsstands across the country on January 9th of this year, with a digital format of the issue being offered by the publication’s official iOS app.

Have you ever tried your hand at creating art with the Apple Pencil on iPad Pro? Let us know in the comments!