The release of the iPhone 8 will mark the 10th anniversary of the original release of the iPhone, and there’s plenty of speculation that the 2017 iPhone release will be one of the biggest yet. The drastically-redesigned iPhone 8 is expected to feature a glass enclosure with a steel frame, an improved camera, and wireless charging. The iPhone 8 is also expected to feature, for the first time, edge-to-edge, possibly curved OLED displays, eliminating the Home button that has been featured on every iteration of the iPhone. By eliminating the Home button, however, Apple would either need to find a different placement for the Touch ID sensor, or find a way to embed it under the display – the rumored solution that Apple will pursue.

While Apple has published several patents describing different methods as to how they would accomplish embedding the Touch ID sensor under the display, a freshly granted patent describes yet another method that Apple could possibly use for the iPhone 8. The patent, which was filed in 2014, is titled “Interactive display panel with IR diodes”. It describes a method of fingerprint detection that uses infrared emitters and sensors that sit alongside RGB light emitting diodes (LEDs) within the display. 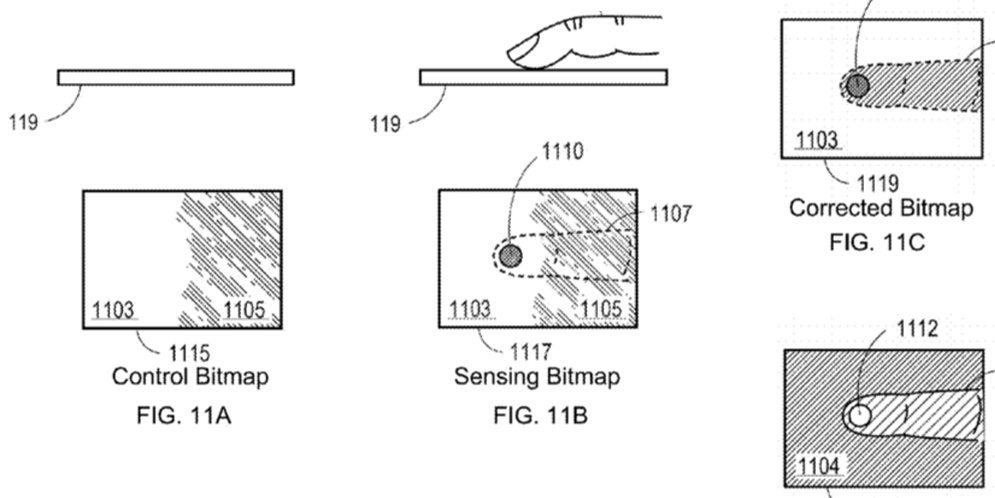 Interestingly enough, this method of embedding a Touch ID sensor under the display could only be utilized with an OLED display – once again, a rumored feature of the iPhone 8. The technology behind this patent wasn’t designed by Apple – rather, it was designed by LuxVue, a company that developed low-power, micro-LED displays that Apple acquired in 2014.

As is true with any of Apple’s other patents, it’s unclear whether or not this technology will be utilized in their products – and if it is, it’s unclear when it would be implemented. However, the rumor mill seems convinced that Apple will be making the switch to OLED displays for the next iteration of the iPhone, and seeing as how this patent was filed in 2014, Apple has had a fair amount of time to realize the technology in real world usage. It’s probable that we’ll see this technology introduced in the iPhone 8.