Once considered the underdog in America’s carrier wars, T-Mobile has been enjoying a smooth ride to ascension as its nationwide 4G LTE network continues to increase in capacity, quality and speed.

According to data collected at this time last year by mobile network surveyor, OpenSignal, T-Mobile was a true outperformer — taking the “honors” title in multiple categories of the firm’s annual State of Mobile Networks report, 2017.

Now, the firm is back with its most recent State of Mobile Networks report , which reveals yet another near-perfect showing by T-Mobile and its 4G LTE network.

In fact, the Uncarrier came out on top — besting Verizon, AT&T and Sprint in every defined category save for one.

What Did The Data Find?

OpenSignal compiled the inherent report using key data, including an estimated “6 billion data points” collected from 237,213 T-Mobile subscribers during the three-month period beginning October 1, 2017 and ending December 31, 2017, as noted in the complete report. 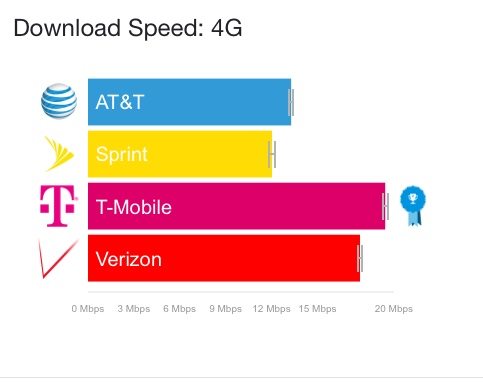 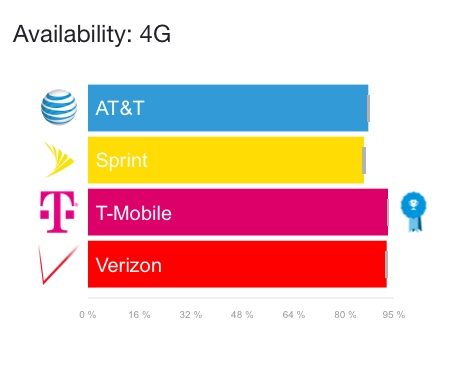 T-Mobile on the Rise

Worth noting about today’s report in relation to last year’s, is that the inherent data reflects a sizable improvement in T-Mobile’s standing.

Just a year ago, the Magenta-clad and Big Red carriers were evenly split — with Verizon and T-Mobile taking two awards, apiece and tying to the decimal point in remaining categories.

Both Verizon and AT&T then rushed their all-new unlimited data plans to market last year — a move which ultimately resulted in the carrier’s 4G network speeds taking a performance hit, as BGR points out.

At the time of last year’s report, T-Mobile had nearly caught up with Verizon on the metric of 4G download speeds — with the former garnering 16.65 Mbps in relation to the latter’s 16.89 Mbps.

However in the wake of Verizon introducing its new unlimited plan last summer, T-Mobile took a commanding lead — and maintained it through the end of 2017, the data suggests.

In just the last year, Sprint saw its network availability score jump an impressive 9 percent, as the carrier’s average download speeds improved by a whopping 33 percent in some markets.

While it’s still struggling in last place last place, if Sprint were to maintain its current pace of growth, it could potentially surpass AT&T on multiple metrics in the coming years, BGR projected.

Considering all the recent, positive news about T-Mobile — its plans to deploy 5G, its screaming deals, promotions and exclusive offers — it’s not a total shock to learn of the carrier’s impressive gains. And while OpenSignal’s method of acquiring its data is but one of multiple, reliable measurements of network performance, these findings are nevertheless consistent with trends we’ve been witnessing in the mobile market lately — especially with regards to Sprint’s standing and T-Mobile’s blazing network speeds.