The move makes sense, as the non-LTE Apple Watch S3 is pretty similar in form and function to the previous S2 model. With that in mind, here’s how the current Apple Watch models stack up. 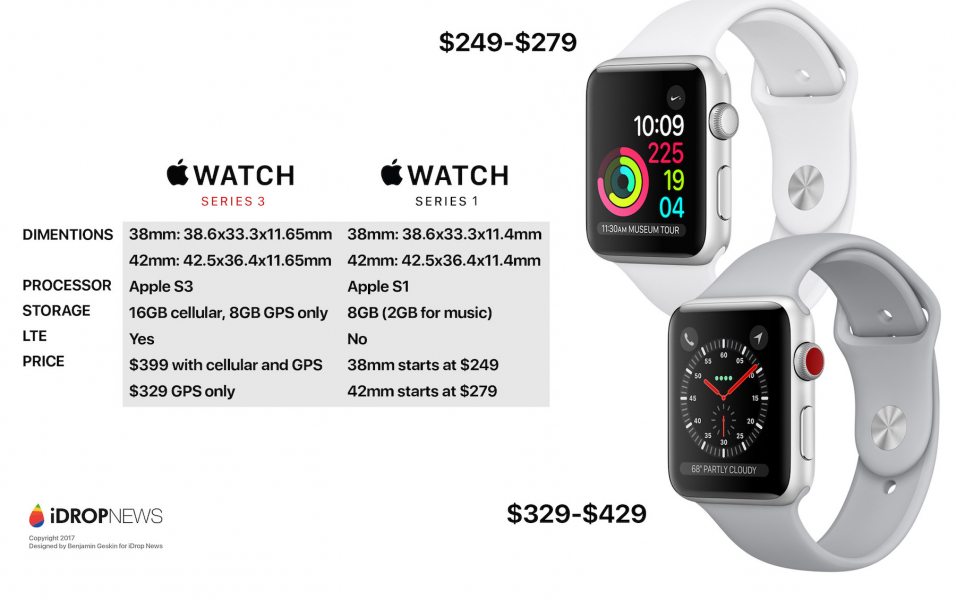 On a side note, Apple Watch S3 models with LTE and ceramic case will be slightly larger and heavier than other cases, with the following specs: