Late last week, the internet was flooded with reports of users encountering a mysterious “Error 53” message on their iPhones, essentially rendering the devices useless.

The error message has generally appeared on devices that have had the Touch ID home button repaired or replaced by a non-Apple technician, and only after the phone is upgraded to iOS 9. The error message renders phones unusable, or “bricks” them – a term used to infer that the phone has essentially become as useless as a brick. 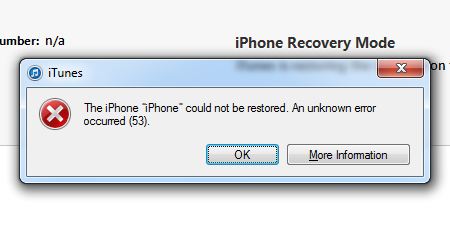 At the moment, users who are encountering the error are being told by Apple technicians that their devices are un-repairable, and a new phone must be purchased. According to Apple, the error isn’t a flaw – it’s a security measure, implemented so that the home button can’t be replaced by someone looking to access your phone and/or Apple Pay without your fingerprint. Apple recently issued a statement addressing the issue:

“We take customer security very seriously and Error 53 is the result of security checks designed to protect our customers. iOS checks that the Touch ID sensor in your iPhone or iPad correctly matches your device’s other components. If iOS finds a mismatch, the check fails and Touch ID, including for Apple Pay use, is disabled. This security measure is necessary to protect your device and prevent a fraudulent Touch ID sensor from being used. If a customer encounters Error 53, we encourage them to contact Apple Support.”

However, lawyers in the US and the UK are taking issue with the “feature”. According to The Guardian, a barrister in the UK has called the policy “reckless, and “could potentially be viewed as an offence under the Criminal Damage Act 1971,” which “makes it an offence to intentionally destroy the property of another.” A law firm in the US, Seattle-based PCVA, takes another stance – they are alleging that Apple is using the error to discourage users from getting their devices repaired by non-Apple technicians. In a statement on their website, PCVA states: 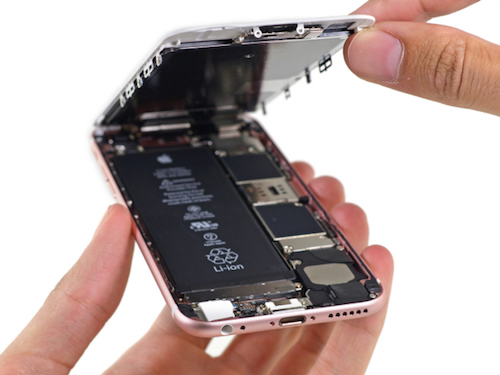 “We believe Apple may be intentionally forcing users to use their repair services, which cost much more than most third-party repair shops. There is incentive for Apple to keep end users from finding alternative methods to fix their products.

Think of it this way: let’s say you bought a car, and had your alternator replaced by a local mechanic. Under Apple’s strategy, your car would no longer start because you didn’t bring it to an official dealership. They intentionally disable your car because you tried to fix it yourself.

That is wrong, and we hope to prove that it violates various consumer protections laws in the United States.”

The law firm is encouraging users who have encountered the error to contact them via their website. Apple has not yet issued any comments on the error past the statement issued several days ago. However, if a solution isn’t issued soon, Apple could find themselves facing several more lawsuits.