Our iPhones have evolved over the years to embody much more than mere communication tools. Thanks to routine hardware updates and the myriad of useful apps available on the iOS App Store, iPhones can effectively be transformed into just about anything from a compass to help you find your way, a flashlight to illuminate the road ahead, or even an intuitive digital scale.

Did you know you can even use your iPhone as a metal detector? Thanks to Apple’s inclusion of a hardware magnetometer on iPad and iPhone 3GS or newer, these devices are even capable of detecting and measuring the strength of magnetic fields, allowing them to scan and detect the presence of light and heavy metals.

And while a number of these metal detecting apps exist on the App Store, either of the following have been highly regarded for their ability to transform your iPhone into a powerful, capable metal detector, allowing you to survey the Earth, uncover the elements and potentially strike it rich.

Featured by FOX News Tech, Metal Detector for iOS is a full-fledged and fully-operational metal detection app which intuitively relies on your device’s magnetometer to get a better idea of what’s lurking right beneath your feet. While the app functions like a real metal detector, unfortunately the developer notes it will only be able to detect “magnetic metals” — for example, nickel, iron, steel, cobalt, etc. 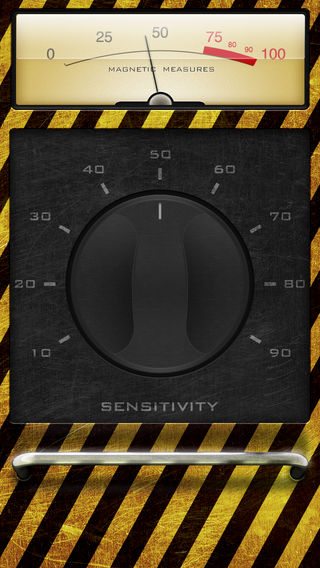 The app itself boasts a somewhat retro, knob-themed interface that does look admittedly cool. And according to the majority of reviewers who actually used the app as instructed, overall positive results were achieved.

“I’m actually shocked. This app works,” one user wrote, giving Metal Detector a 5-star review. “I rarely write reviews but I noticed the 3 star average and felt compelled to recognize the quality of this app.”

For those who’re more determined in their quest to find hidden treasure, iSmartDetect is a more advanced, feature-packed alternative to the bare-bones metal detectors on the app store. For just $9.99, iSmartDetect offers a robust interface designed to serve the needs of amateur “metal detectorists” and aspiring archaeologists, alike. 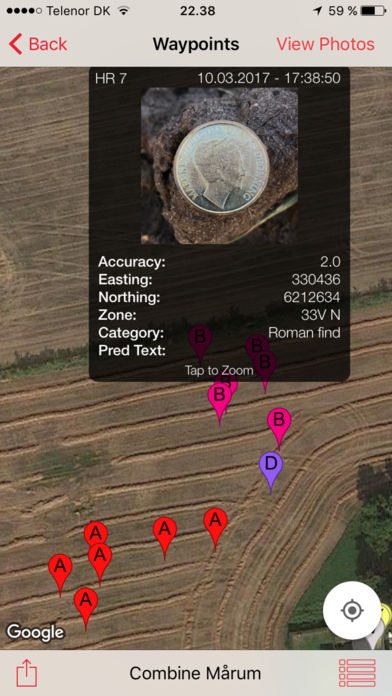 iSmartDetect is built around a suite of powerful detection tools, including overhead and double sided object tracking to help you identify what you’ve found before you start digging it up.

Found something that would make a great addition to your collection? Easily save your location and track your progress getting to it; then, just as easily save and sync your progress via NG Marketing’s fully encrypted servers.