Last week, the Economic Daily News reported that Apple was considering at least one iPhone with a triple-lens camera setup for next year’s lineup.

The move makes sense, especially as Chinese manufacturer Huawei recently made waves with the launch of its P20 Pro flagship — a device that sports 40 combined megapixels and a three-lens design. Huawei boasted that its latest and greatest has a more superior camera system than the Galaxy S9 and the iPhone X.

Benefits of a triple-lens camera system include:

According to the Economic Daily News, citing sources in the supply chain, the 2019 iPhone could sport up to 12 million pixels, 6P anti-shock specifications, and up to a 5x optical zoom.

An iPhone with a triple-lens system would obviously have a seriously upgraded camera platform that would be significantly better than any Apple flagship before it.

But despite that, we’re not actually sure what the triple-lens camera system will look like on an iPhone. Because of that, iDrop News and Martin Hajek have put together a series of renders that explore the various design possibilities that Apple could take. 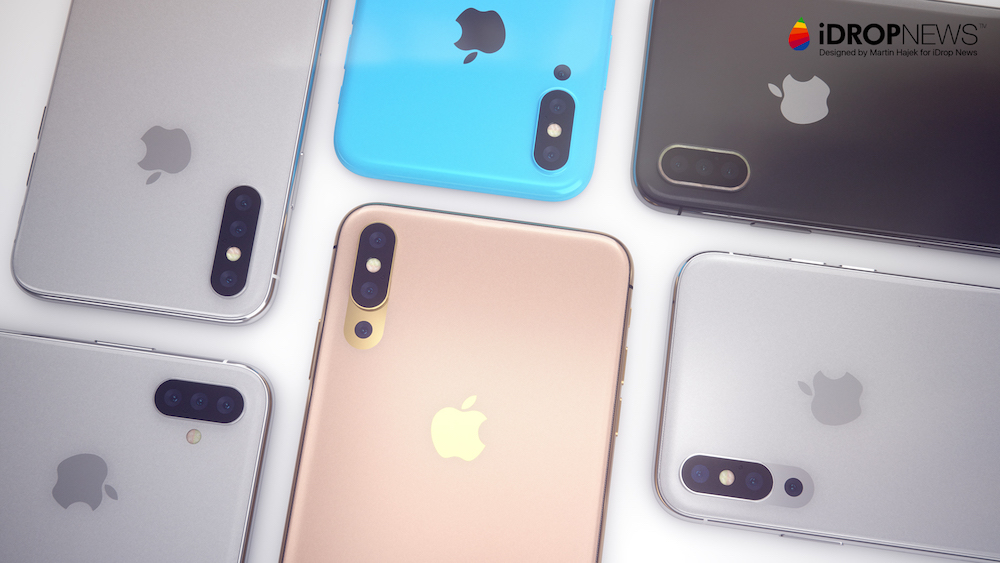 Adding another lens to a smartphone isn’t the simplest thing to do. In addition to making internal space for the components, Apple will need to find a way to cleanly implement the lens on the iPhone’s exterior. Here are some different options Apple could ultimately use.

One option Apple could take with its triple-lens iPhone is simply to make the actual camera housing larger and simply install the third lens at the bottom. 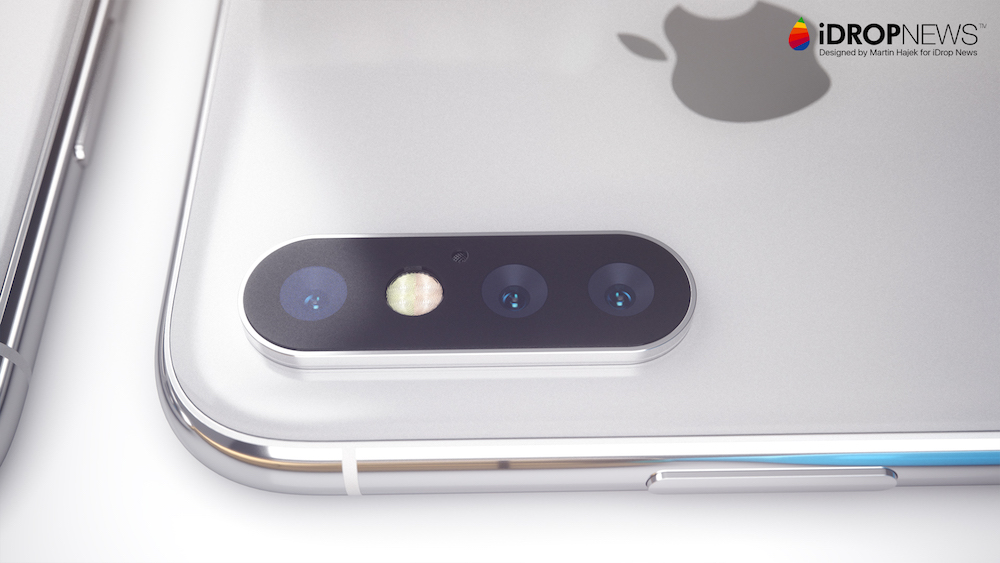 That might be an easier option technically, but of course, it would result in a slightly more obtrusive camera bump — which some users already complain about on existing iPhones.

Aesthetically, it might be a bit of an awkward look for the iPhone. And, per Apple’s design philosophy, might not fly.

Another route Apple could take is to simply implement the third lens separately, just below the main camera area. Apple could surround the actual lens in the same metal as the edges of the camera area. 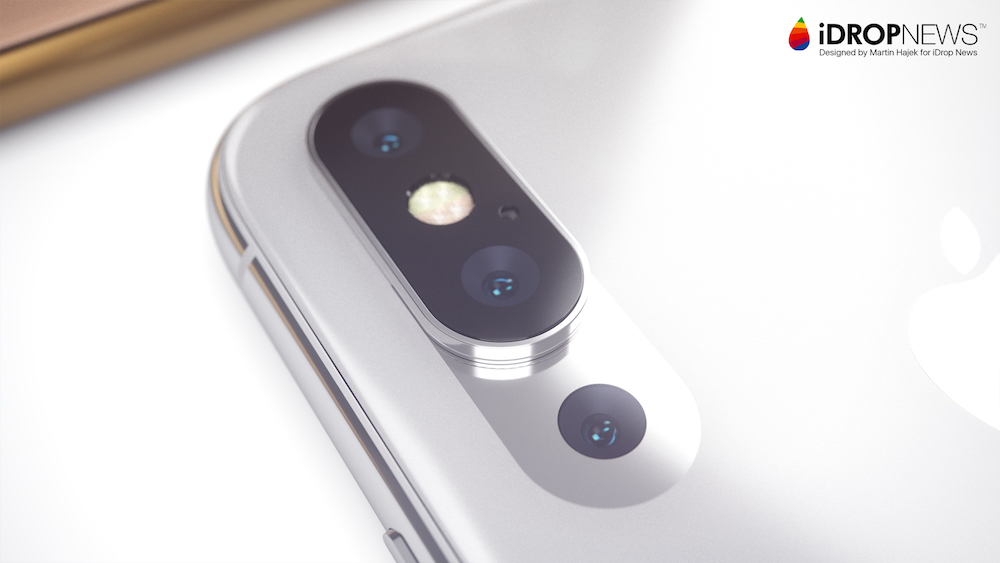 This would allow the existing camera “bump” to remain the same. And it would mean a relatively unchanged overall aesthetic for next year’s flagship.

It’s worth noting that this is similar to how Huawei installed the third lens on its P20 Pro. Whether that means Apple will go ahead with the design or not remains to be seen.

Similarly to the above option, one way for Apple to install a third lens without drastically changing anything could be to simply move the flash. 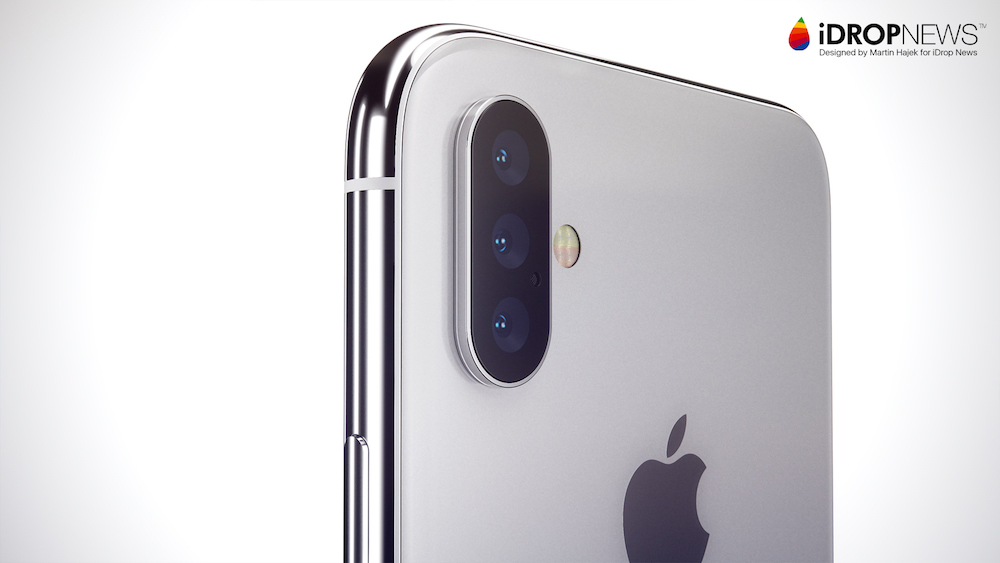 In this design, Apple could simply place the third lens where the flash already is on premium iPhone models: in between the lenses.

The flashbulb could then be placed adjacent to but separate from the camera module. Overall, it could be a pretty Apple-esque look.

Moving onto more unique options, Apple could opt to integrate the flash into the exterior of the actual camera module. 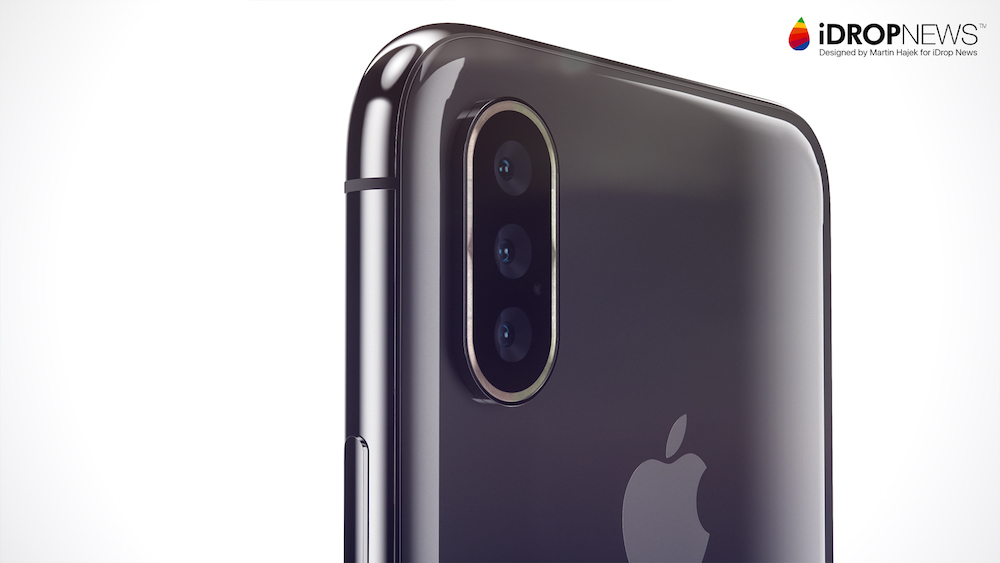 In other words, the flash LEDs could surround the camera “bump.” It would, basically, look and function like a built-in ring flash system (which are already available for DSLR cameras).

Overall, this may be the cleanest way to integrate the third lens without really adding any additional design elements. But the engineering of it could prove to be a challenge.

However Apple decides to implement the third lens, there’s no doubt that it would launch the flagship lineup into the future of smartphone camera systems.

In addition to enhanced zoom and image quality, a triple-lens rear-camera system would offer enhanced performance in low-light environment — something that smartphones are notoriously poor at.

Combined with the fact that the iPhone X’s selfie camera is already the most advanced on the market, the rumored Apple flagship might very well represent the best of the best if or when it launches. 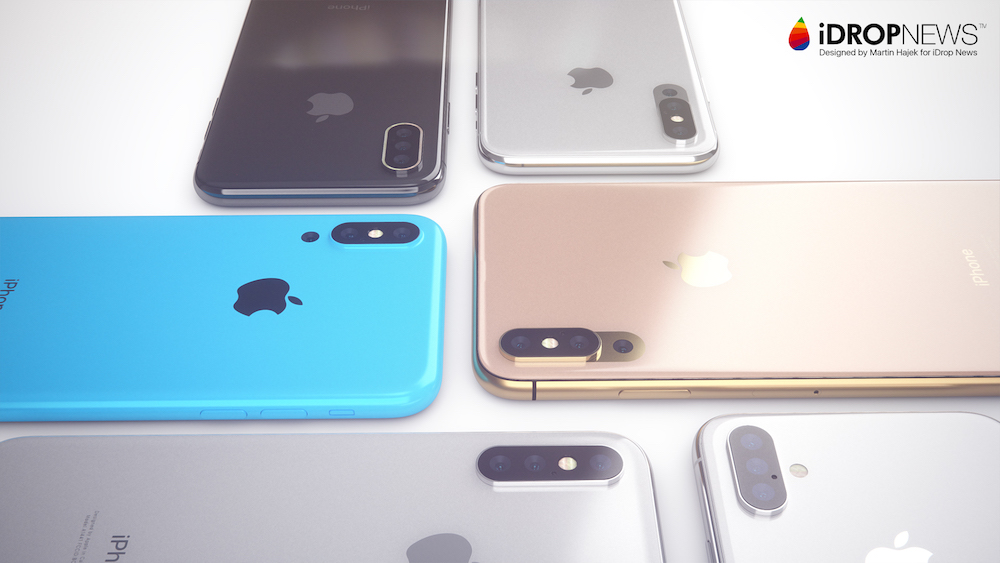 Because of that, we assume that the device would be a top-tier iPhone. Apple could use a three-lens system on a so-called iPhone X Plus device in 2019, or it could launch a completely separate iPhone that would occupy the tier that the iPhone X does currently.

Unfortunately, it’s not clear how much a triple-lens smartphone could retail for. Presumably, it might be more expensive thanks to the bump in camera components. And while EDN claims that Apple is developing the phone for a possible 2019 launch, we recommend taking that timeline with a grain of salt until it’s corroborated by other reports.

In any case, with the launch of the Huawei P20 and rumors of a triple-lens iPhone, it’s safe to say that we might be soon entering the era of the three-lens smartphone camera. 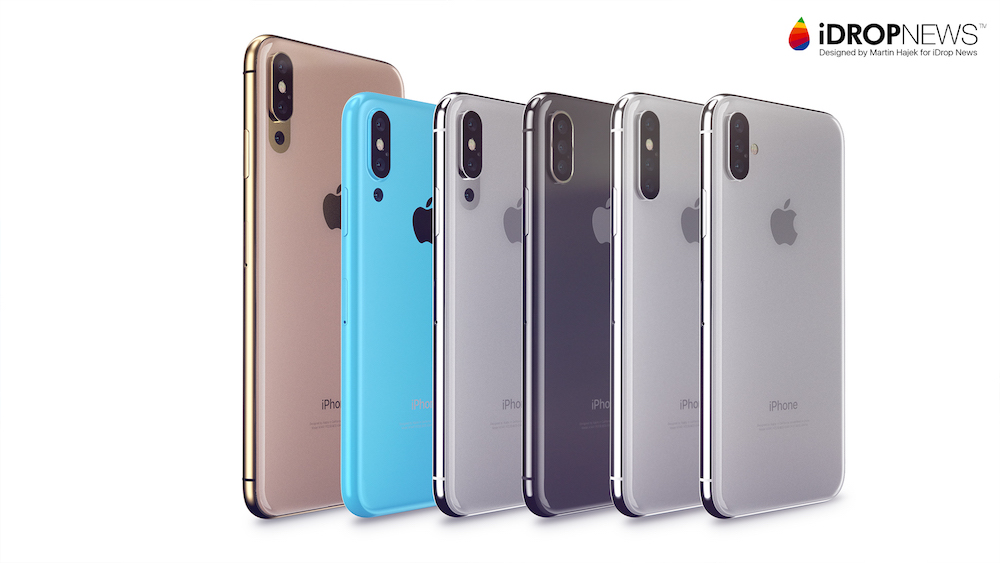 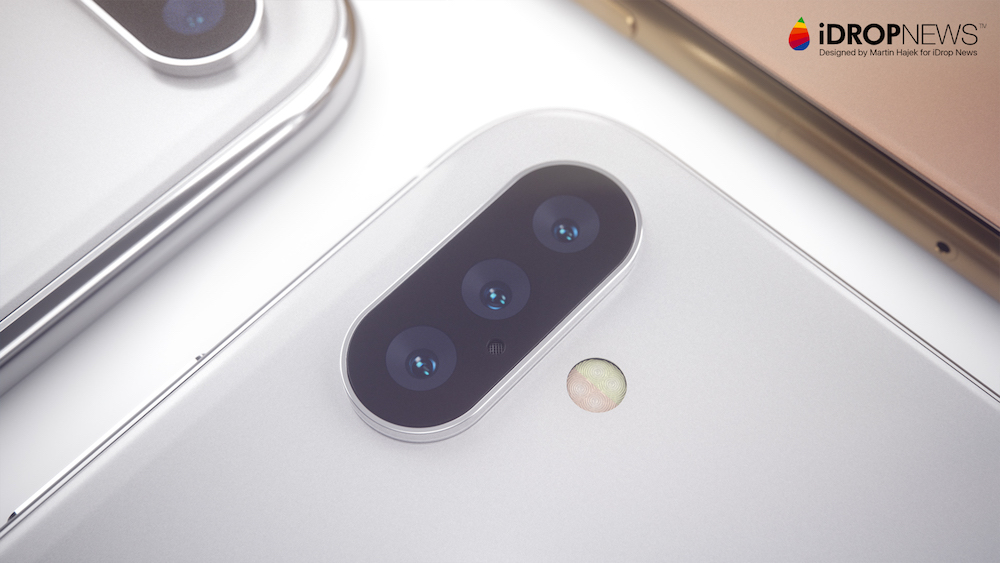 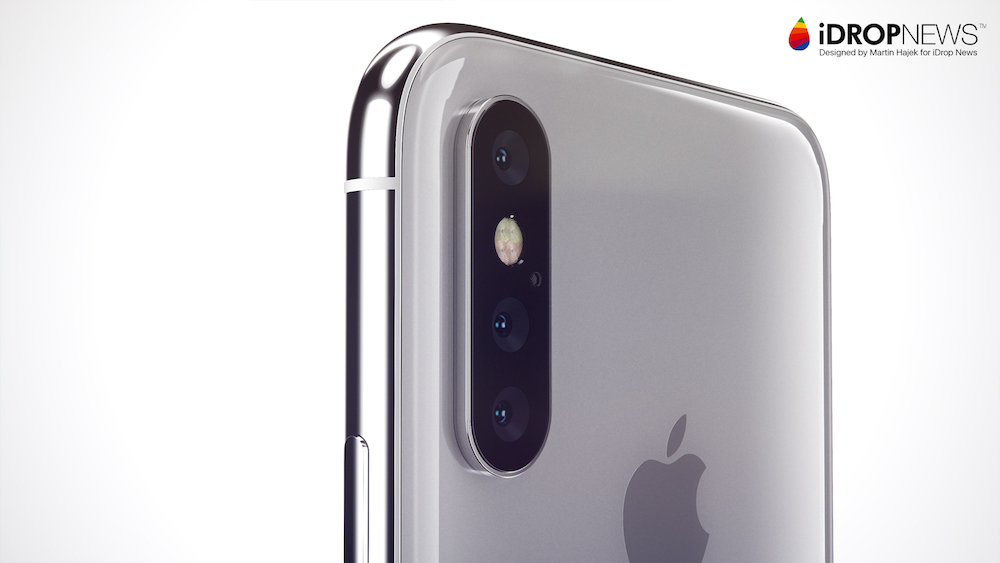 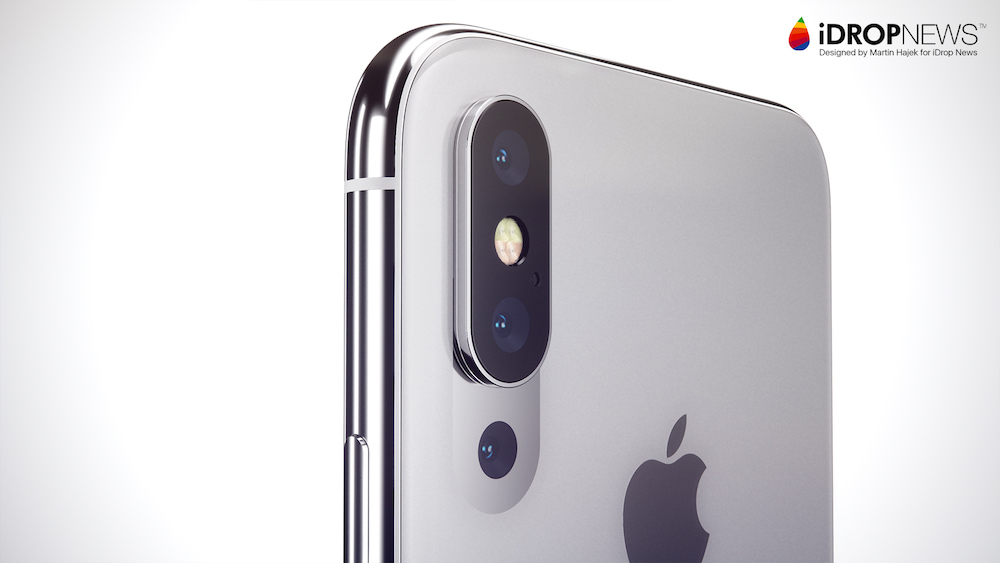 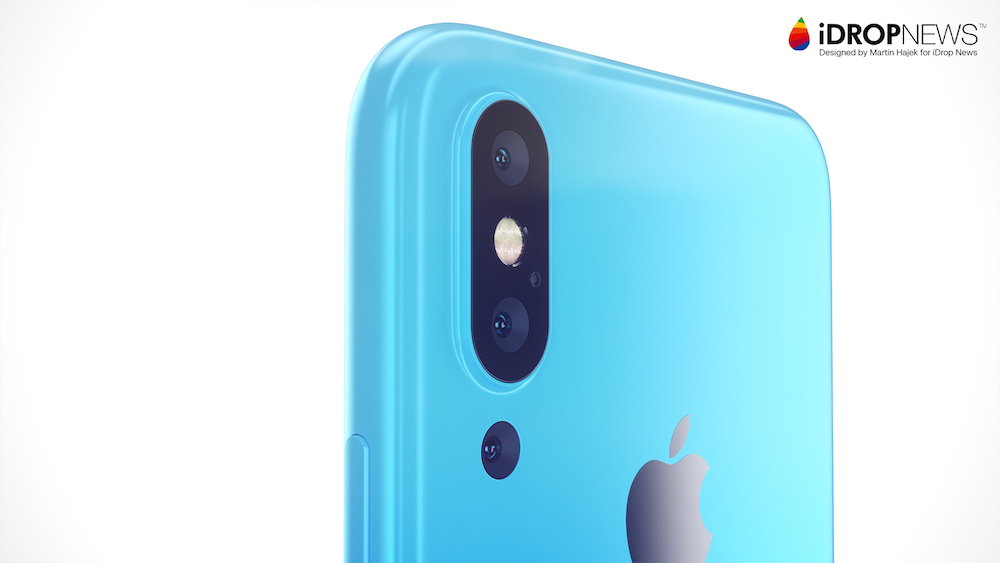 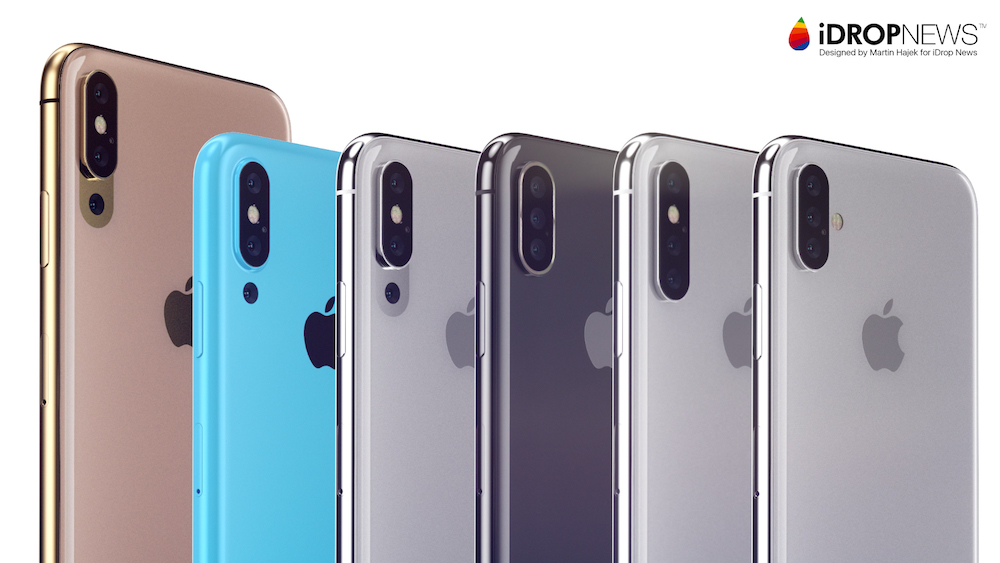