Samsung is, without question, Apple’s biggest rival when it comes to smartphones. The iPhone and Galaxy series of phones are often neck-and-neck in sales, with Apple often just edging out Samsung. However, many say that Samsung’s (now dwindling) success is due to blatant copying of Apple’s ideas.

As a matter of fact, the two companies have been involved in several legal wars over the years, “costing more than a billion dollars and spanning four continents,” according to Vanity Fair. Samsung has lost a number of patent infringement cases to Apple, and it wouldn’t be surprising if there were more to come – especially considering recent news that has been circulating throughout the internet mobile phone rumor mill. Samsung may be looking to incorporate a 3D Touch-like display into their next phone in the Galaxy series. 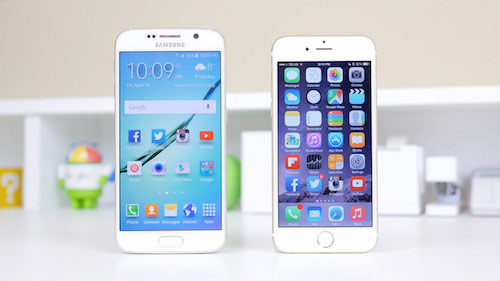 The iPhone 6 and Galaxy S6 Side by Side

3D Touch is one of the biggest innovations Apple unveiled with the iPhone 6S and iPhone 6S Plus. The phones feature a display that senses the amount of force the user presses the screen with, which brings up various context-related menus. For example, when browsing through emails, users can use the 3D Touch to activate a “Peek and Pop” preview – a light press will display a small preview of the email, and a deeper press will open the entire email.

The same features works for websites, photos, map locations, and more. A light press on the Phone icon in the main menu will bring up options to call several of your frequently used contacts, and a light press on the Camera icon brings up options to take a selfie, record video, record slo-mo, or take a photo. The technology already has a number of useful applications, with a host of possibilities open for the future. 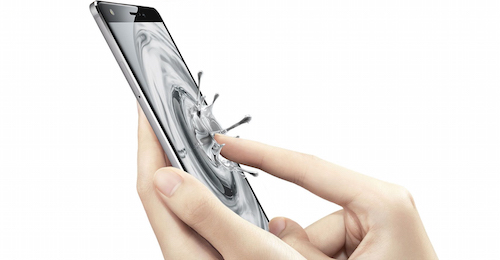 According to notorious leaker I ICE Universe, a member of Chinese social network Weibo, Samsung will be looking to introduce similar technology in their Galaxy S7 phone. Samsung is reportedly looking to use technology from a company called Synaptics, who debuted force-sensing touchscreen technology called “Clearforce” last week.

The Galaxy S7 won’t be the first Android phone to implement 3D Touch-like displays. Chinese phone manufacturer Huawei actually introduced similar technology into their Mate S series of phones, with a “Smart-pressure Sensitive Screen” before the iPhone 6S came out.

However, the manufacturer’s phones aren’t readily available in the US. Samsung will likely be the first Android phone manufacturer in the US making an attempt to use the technology to capture a portion of the market.

Samsung hasn’t officially announced the S7 yet, and certainly hasn’t released any word on the 3D Touch rumors. However, the phone will likely be released in the first quarter of 2016, as is tradition with Samsung phones. And with companies like Synaptics looking to sell their technology to different manufacturers, pressure-sensing displays may just become the norm for smartphones in the near future.