We recently learned that Apple may be shifting focus in its pursuit to develop an autonomous, self-driving car — and that, in the grand scheme of things, the Silicon Valley tech-giant might not even be working on a car any longer. However, while the previous report was inherently short on specifics about the transition, an even more recent research note from a prominent, seasoned Apple analyst may shed some more light on the future of Apple and its self-driving car ambitions.

That’s according to Ming-Chi Kuo, the famed KGI Securities analyst, whose research note submitted earlier this week is loosely based on the same Bloomberg report that came to us earlier this month. Within that report, it was revealed that Apple has shifted its focus from the development of a physical, self-driving car, to the development of what Bloomberg’s Mark Gurman referred to as an “autonomous, self-driving system” — in other words, the software and interface components required to power such vehicles when they’re out on the road. 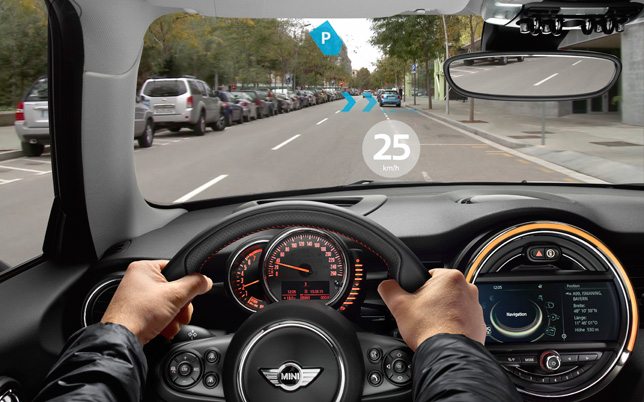 Kuo noted, in particular, how Apple has so far succeeded profoundly in developing and implementing immersive, human-machine interfaces, citing the Cupertino-company’s Multi-touch technology on the iPhone and iPad, and the pointer mechanism of Apple’s Magic Mouse, as prime examples. Therefore, Kuo added, if Apple is able to successfully develop some sort of augmented reality (AR) interface, as stated in the Bloomberg report, the company will in effect be one step ahead of the curve — since Apple, having developed its own, proprietary AR interface, will be able to implement it across a number of platforms, including macOS, iOS, and its supposed self-driving carOS.

“Assuming Apple successfully develops AR, we predict the firm will enjoy the following competitive advantages: (1) redefining existing key products and leading competitors by three to five years. For instance, this could happen for iPhone, iPad and Mac; (2) eliminating obstacles of Apple Watch and Apple TV by offering an innovative user experience; and (3) entering new business fields, such as autonomous driving system,” Kuo said. “We expect Apple to generate preliminary results for AR in the next 1-2 years at the earliest and working with iPhone may be the first step.”

In regards to the long-term evolution of AR, as a profitable endeavor for Apple, Kuo stated how he not only believes that Apple’s proprietary AR interface will be developed within the next few years, but that the AR and virtual reality (VR) markets, on the whole, will balloon into a whopping $150 billion business by as early as 2020.

AR and VR are extremely exciting, emerging fields. Players of Nintendo and Niantic Lab’s Pokemon GO title for iOS have already seen a faint glimpse of the potential for what AR can bring to the iOS platform; so if Apple can develop on that, creating its own, propriety AR interface that’s employable not only within Car OS, but across the company’s other platforms, as well, then I think it’s safe to say that Apple fans, and foes, are in for some pretty sweet surprises coming down the pike.

What do you think about the new direction of Apple’s self-driving car ambitions?
Let us know in the comments!