We’ve been hearing a number of rumors recently — including those suggesting a wireless charging capability might be making its way into future iterations of Apple’s iPhone. And while, at this stage in the game, we’re still taking those rumors with an extra large grain of salt, there is a bit of new and rather exciting news coming from Cupertino — all but confirming the feature might be looming just over the imminent horizon.

A small start-up company known as Energous, according to a recently published report, has shaken hands with Apple to bring its patented WattUp technology to future iPhones. This sweet new tech, which allows for wireless charging of handheld devices at distances of up to 15 feet, will not only be exclusive to Apple, but relies on an implantable chip that’s so discreet, it won’t add any bulk to the iPhone whatsoever.

The chip, which would be built into Apple’s iPhone, works in conjunction with a transmitter that can essentially be placed anywhere there’s a power source. What’s so cool about this technology is that it will continuously charge an iPhone even at distances, as we mentioned, up to 15 feet. That means it will charge the device all night, and even in the morning while you get ready for the day — just so long as the handset is within a 15-foot proximity of the transmitter.

Energous has already gone on record quoting a 2016 or 2017 commercial availability of its WattUp technology; so if for whatever reason the tech doesn’t see its way into Apple’s forthcoming iPhone 7, it will almost certainly see its debut in 2017’s iPhone 7s — just as long as everything goes according to plan, of course. 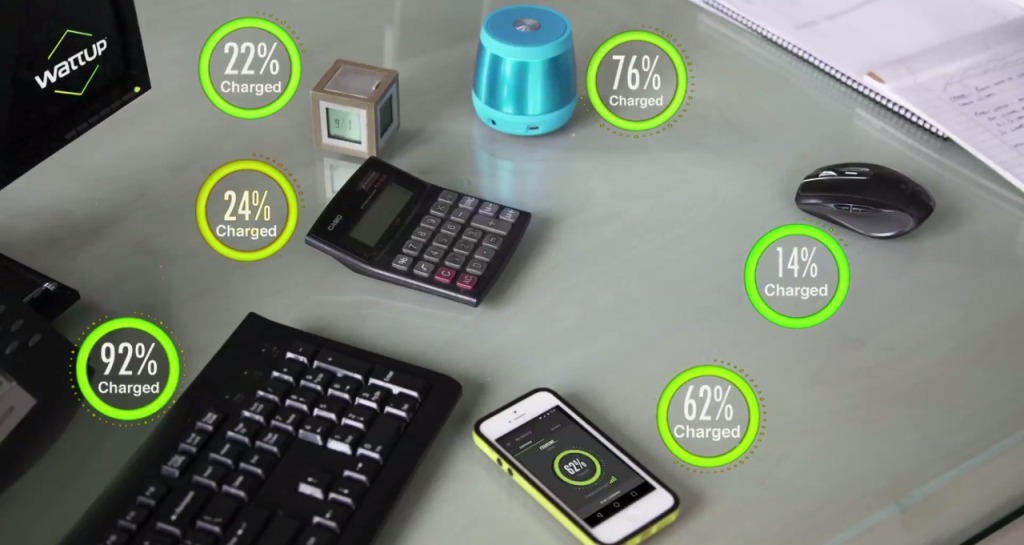 Louis Basenese of Disruptive Tech Research is credited with initially uncovering evidence that Apple might be working with Energous. According to Basenese, the WattUp developer signed an agreement with an “unnamed company,” early last year, which was described only as one of the “top five consumer electronics firms in the world.”

And while there is no guarantee that Apple will be the beneficiary of this new tech, Basenese used a process of elimination theory to determine that Apple is more than likely the firm in question. After all, there are only 5 potential candidates that fall into the “top 5” — Apple, Samsung, HP, Microsoft, and Hitachi.

As Basenese noted in his report, “From that list, we can easily eliminate HP and Hitachi, as well, consider how they don’t even make phones. Since Samsung makes its own chips and WATT is working with TSM, we can cross it off the list, too, which leaves only Apple and Microsoft.

In reality, though, Microsoft is an also-ran in the mobile phone market and rumored to soon be exiting it. So we’re left with one company. Of course, the identity will remain a mystery, as Apple’s notorious about insisting on secrecy with partners and employees.”

He does make a very good point — however, until further notice, this is all still a rumor and it should be considered as such. One thing’s for certain, though: whatever company ultimately emerges as the exclusive beneficiary of Energous’ WattUp technology will almost certainly change the game when it comes to the future of smartphone sales.