Sure, macOS is clean, easy to use, and offers unparalleled reliability; however, the tech industry grows rapidly and consumers have grown used to changes, overhauls, and other innovations that usually make what’s great, even better. While we are currently enamored with Apple’s latest operating system, macOS Sierra, there will always be bits and pieces of the OS that can be expanded and improved upon.

The poll below provides insight into what features iDrop News readers are hoping to see in the next iteration of macOS.

What Apple feature do you desire the most? #applenews

We’ve listened to our readers’ opinions, as well as elaborated on our own, to develop a visualization of what we would like Apple’s next version of macOS to look and feel like. We call it, macOS Mammoth (macOS 11), and you can learn more about it below.

FaceTime is one of the easiest ways to video chat with your friends and family, but isn’t it boring chatting with just one other person? Apple’s latest Macs and MacBooks are powered by top-tier technology, and are certainly capable of handling multiple video frames at once, so why doesn’t the software currently allow it? The future of FaceTime is group video, and with macOS Mammoth, you’ll be able to interact “face-to-face” with up to three other people simultaneously.

Design trends are constantly changing and Apple is known to implement them within their software ecosystem quickly and intelligently. Translucence can be found in many instances of iOS 10, and macOS Mammoth is taking the concept a step further. Enjoy the minimalist spectacle of transparency as it has been implemented across all Apple applications as well as the dock, which now spreads the width of the display.

One of the greatest uses for the OLED Touch Bar found on the newest MacBook Pro, is the simple addition of emojis and the ease of navigating through them. With macOS Mammoth you’ll enjoy all of the newest emojis approved by the Unicode Consortium and Apple.

Apple News is one of the most beloved additions to iOS, as it allows readers to sort and consume news from their favorite sources without much effort. While this application works great on the small screen, reading news from your favorite sources on a Mac is an even better experience. The best part: everything is integrated. Read half of a news story on your Mac and need to run? That’s fine, Apple News for macOS Mammoth will save your progress and allow you to return right where you left off on iPhone or iPad using the Handoff feature.

Activity and Health Applications for macOS 11

Keeping track of your activities and well-being is an essential part of living a healthy life in 2017. Many times it’s easier to input and track progress on a Mac than it would be on a small-screen device like an iPhone. At the end of the day users should have the option, and in macOS Mammoth, iOS and macOS Health and Activity apps work together seamlessly allowing you input and review your health statistics using whichever device works best for you.

Sometimes it’s necessary to keep an eye on your iPhone at all times, however as the old saying goes, “out of sight out of mind.” Whether you’re waiting on an important notification from an iOS app, or would like to enlarge the picture from your iPhone on the big screen, the resizable iPhone Mirroring application for macOS Mammoth will allow you to view and interact directly with your iPhone while you’re working on your Mac, even when your iPhone’s screen is powered off and the device itself is tucked away.

Finder’s look has remained relatively unchanged for years and we believe it’s time for a refresh. In macOS Mammoth you’ll find Finder has been completely renovated – and it’s now integrated with the dock, capable of expanding to include even more of your most frequently used apps.

Support for a Touch Display

We’ve included touchscreen capabilities within macOS Mammoth, even though Apple is unlikely to implement touchscreen technology within a Mac display any time soon. Even so, 31% of our poll respondents voiced their opinion that a touchscreen is their most desired feature for Mac. While Apple has stated publicly that it doesn’t have plans to release a MacBook with a touch-display, it might be in the company’s best interest to follow along with the demands of the public.

See High Resolution Images in Our Gallery Below. © Copyright 2016, iDrop News. Attribution required. Do not modify.

Read Next: Apple to Produce an Abundance of Original TV Content Exclusively for Apple TV, Expected to Debut This Year 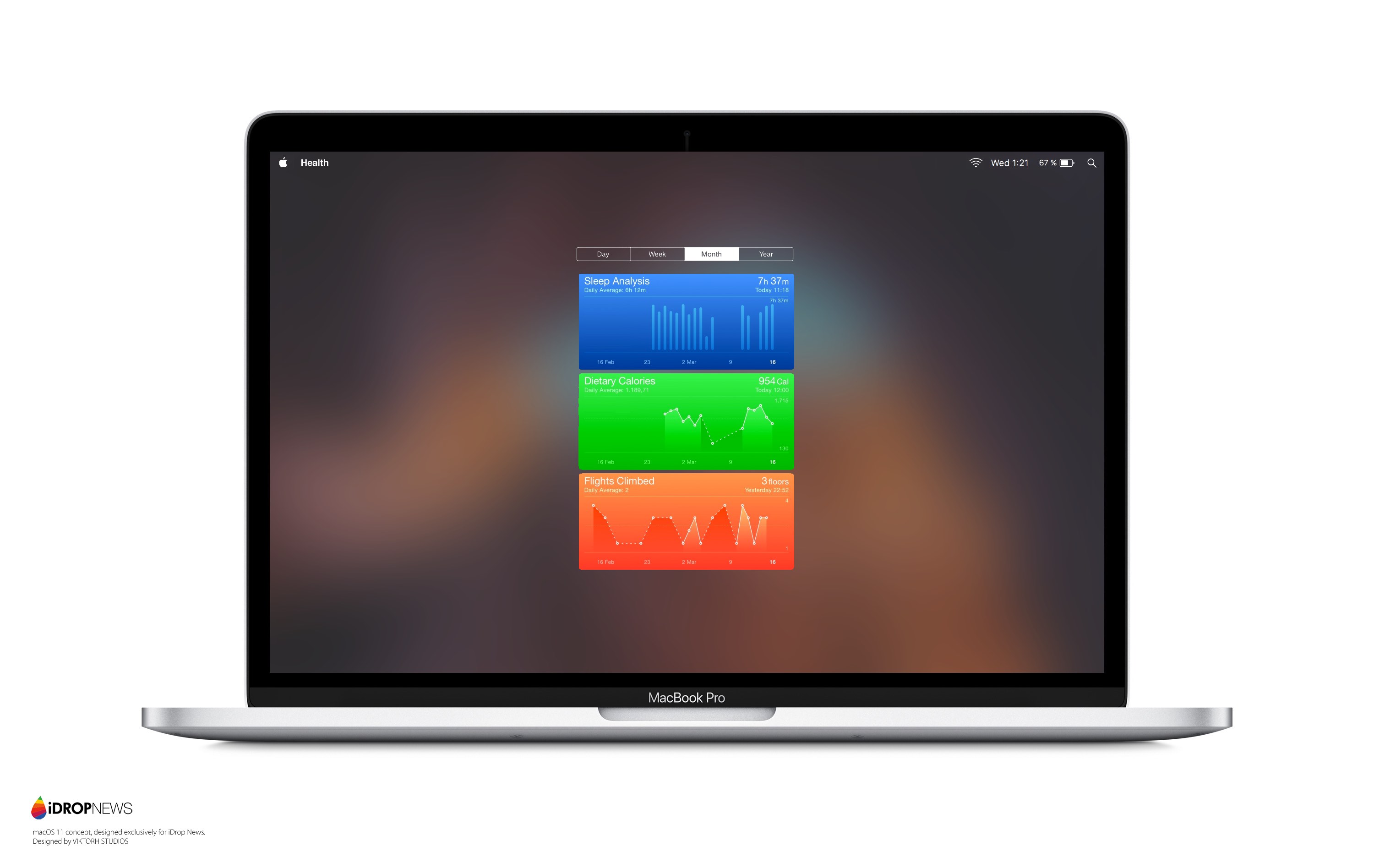 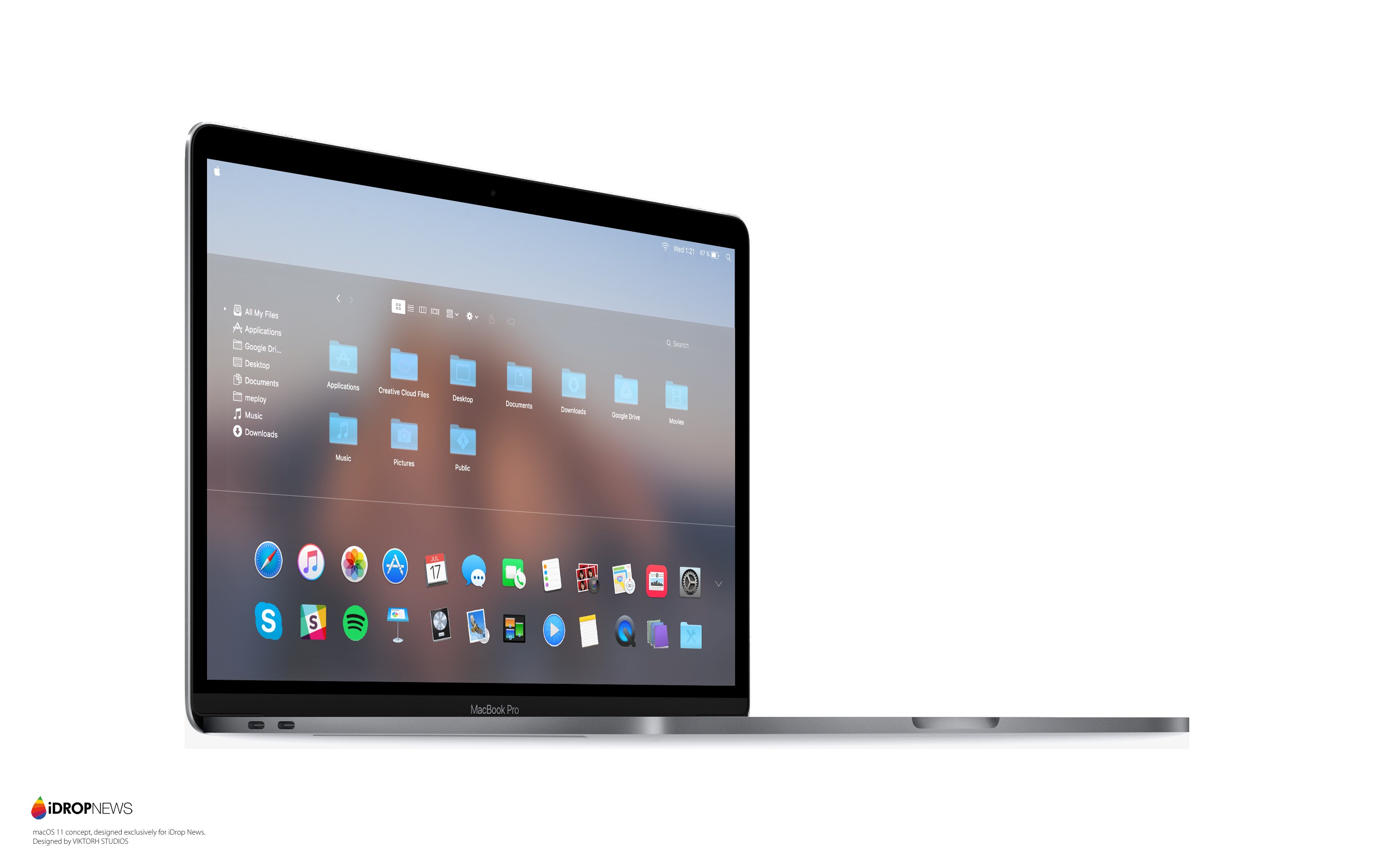 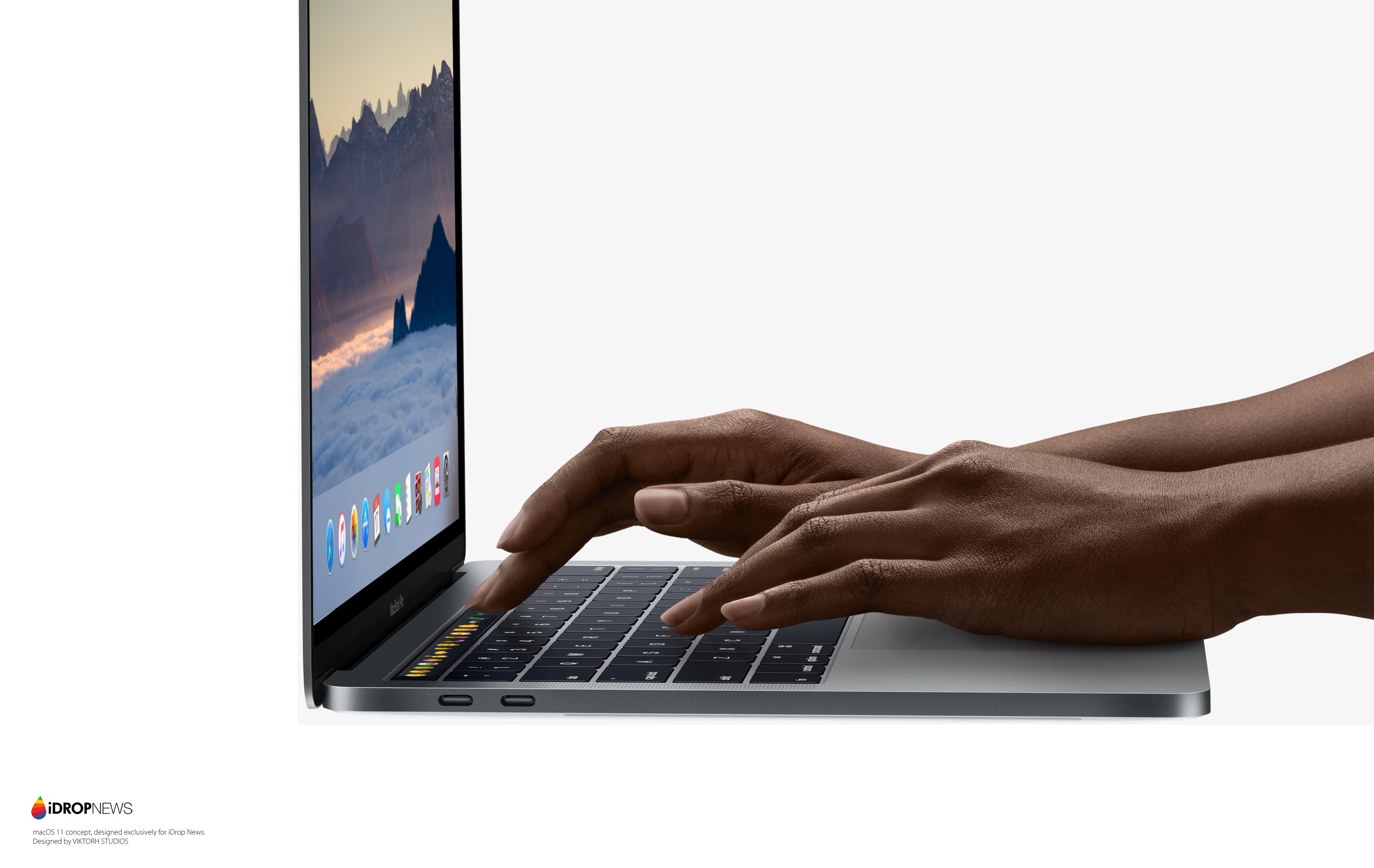 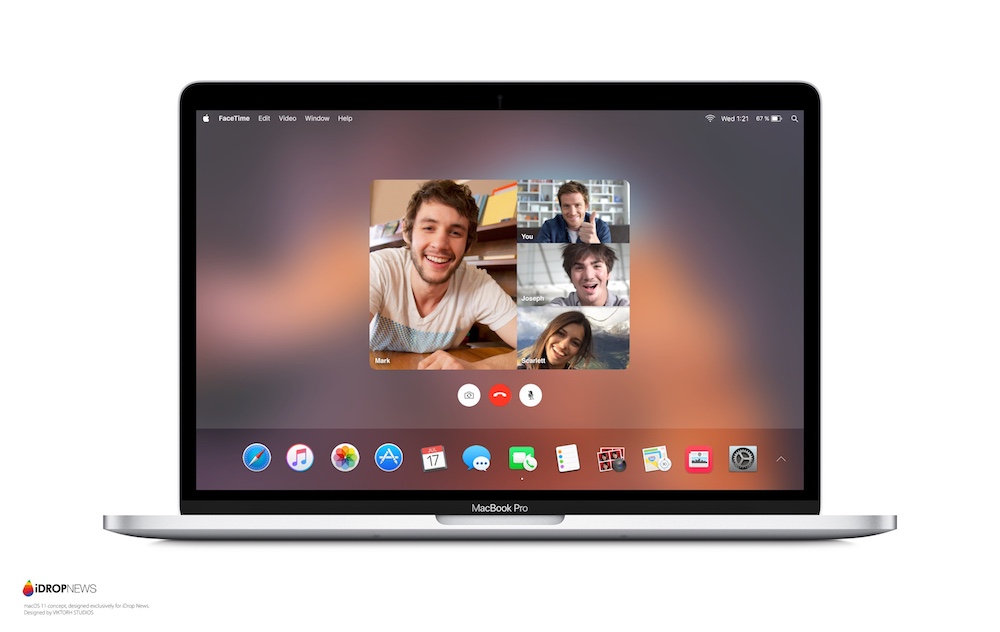 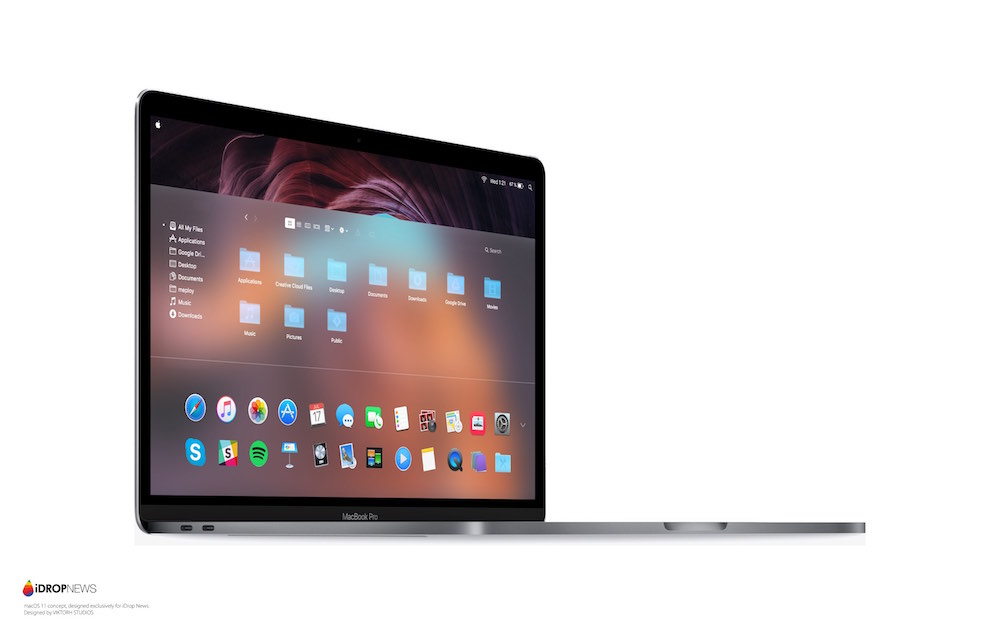 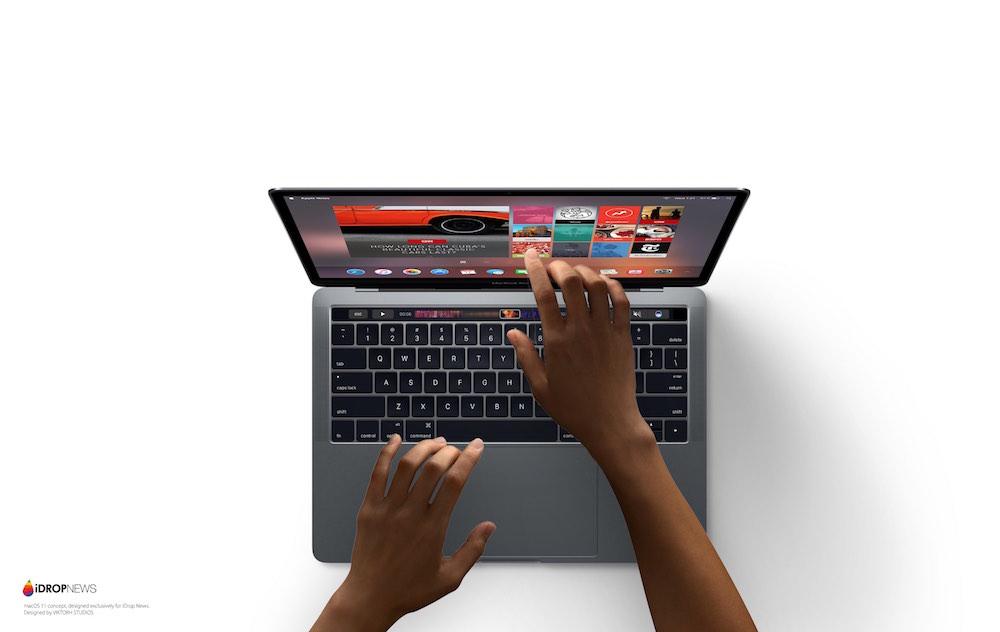 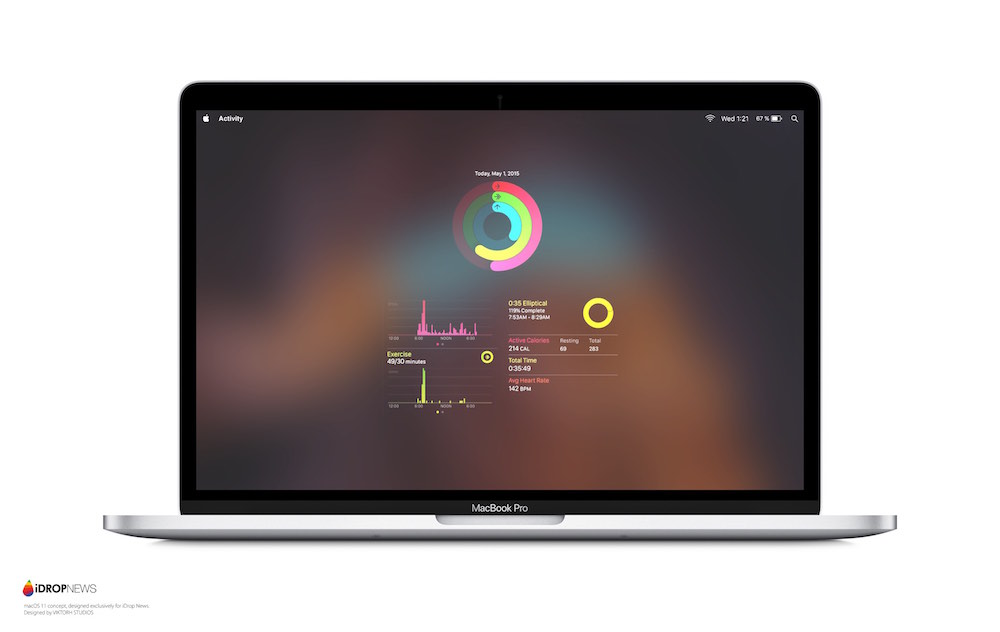 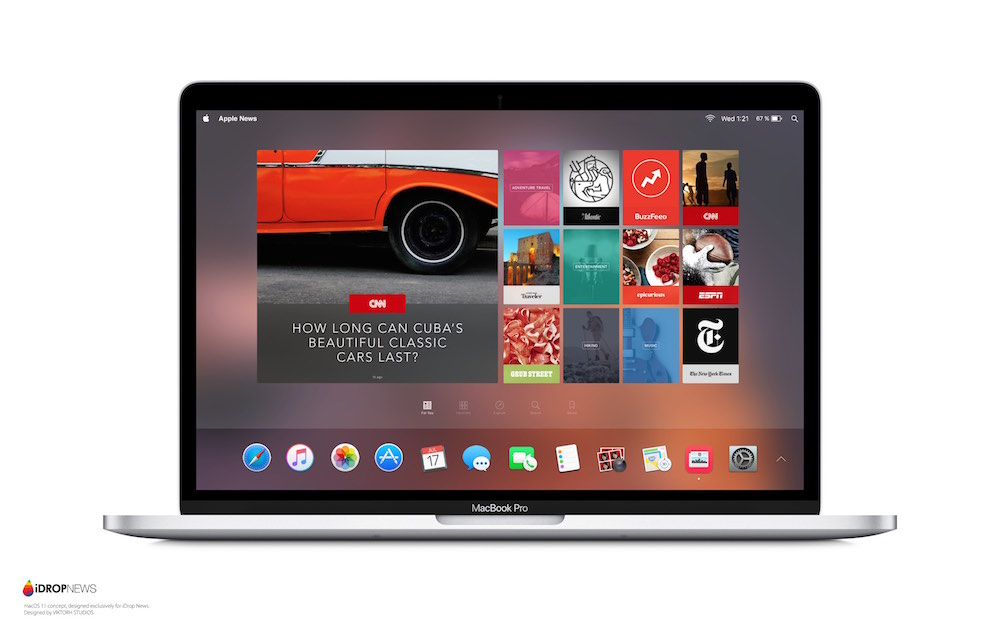 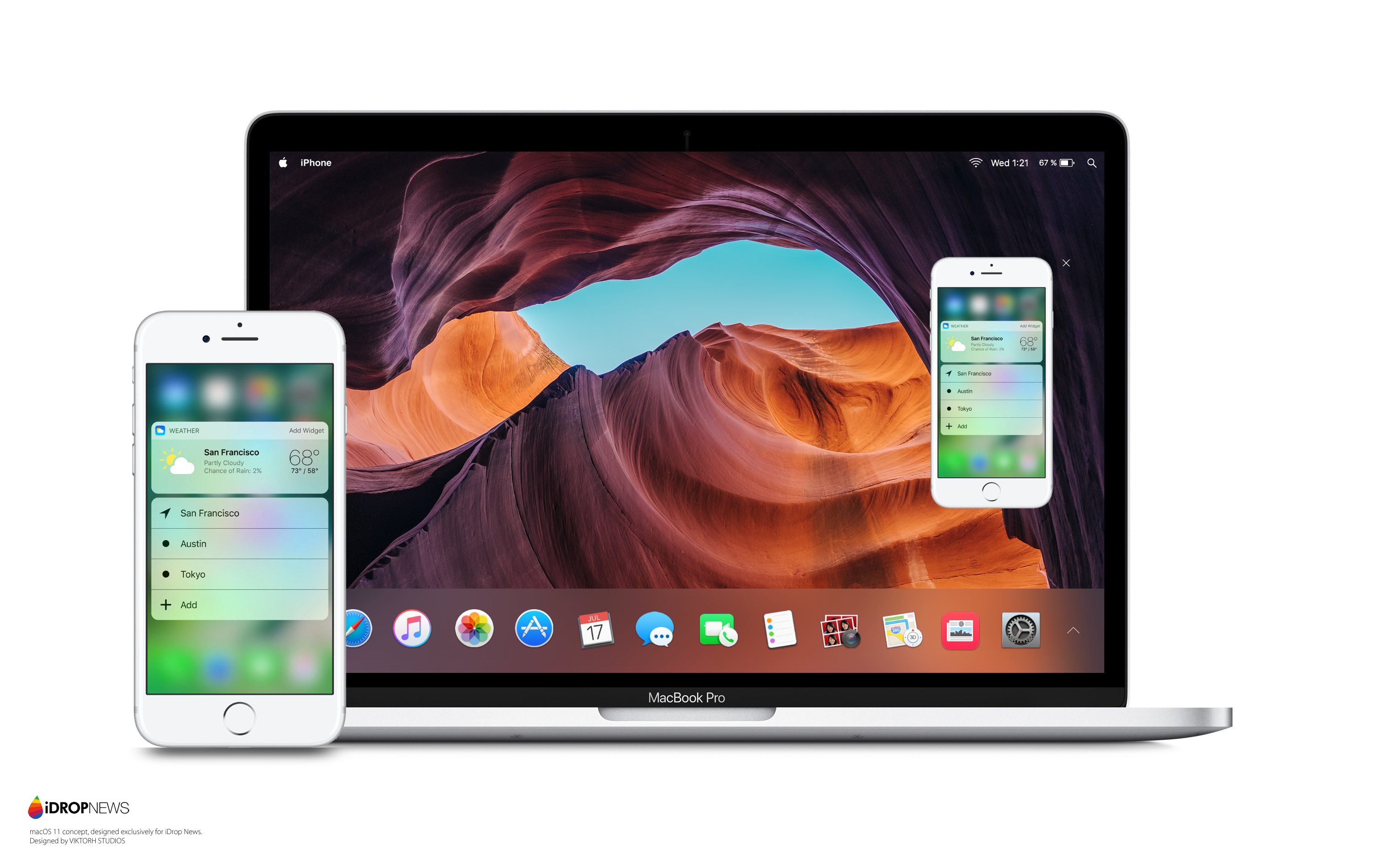 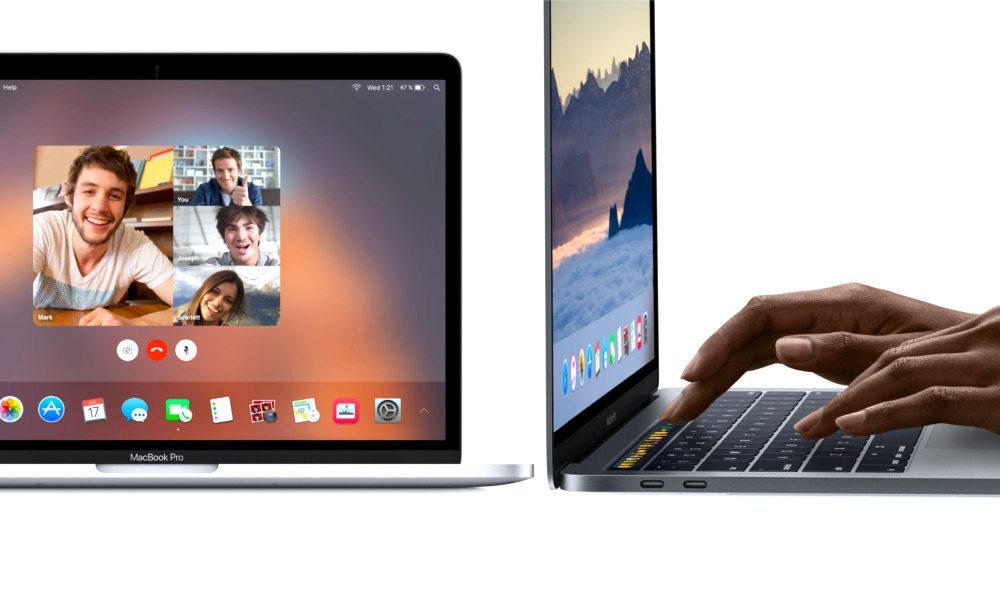 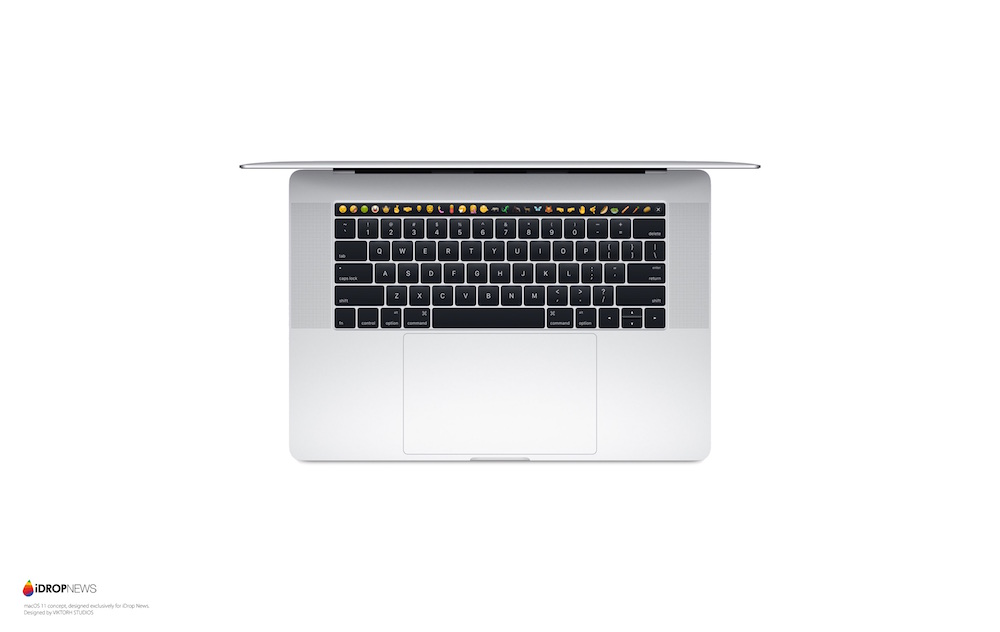 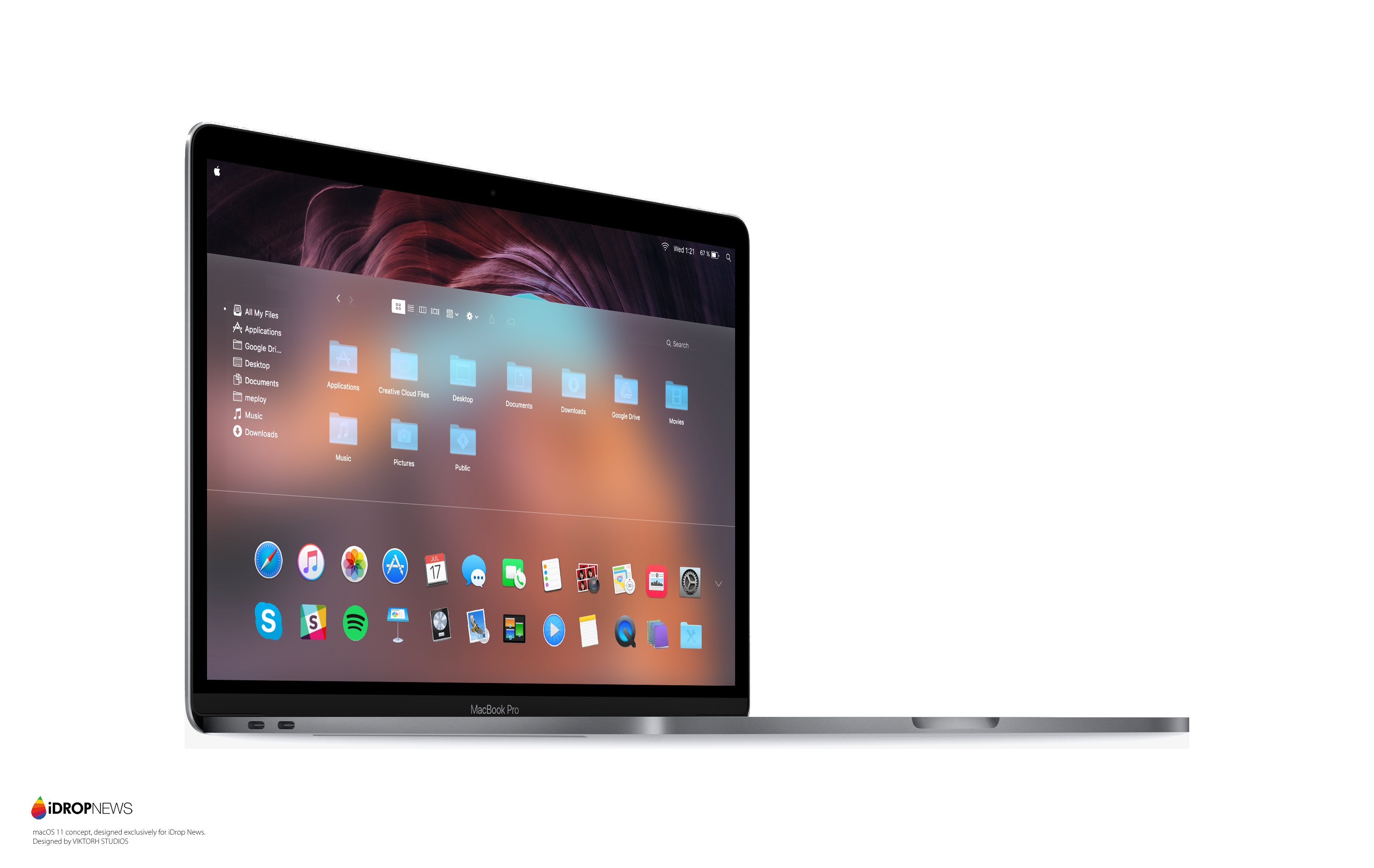 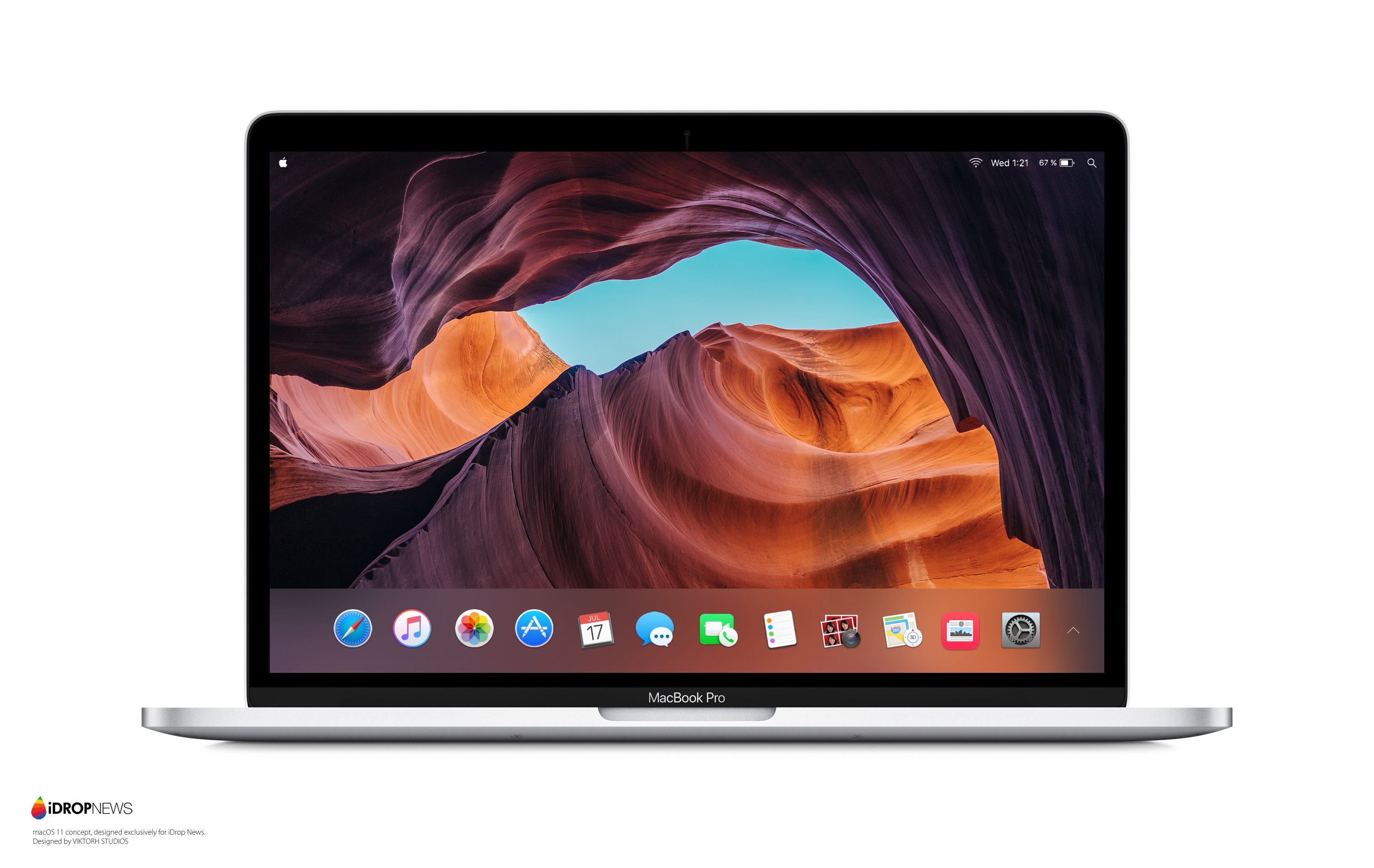