Ever since Apple unveiled its radically redesigned, edge-to-edge display-equipped iPhone X last October, Android OEMs have been scrambling left and right to build flagship smartphones mimic Apple’s crown jewel from an aesthetic standpoint and try (unsuccessfully) to incorporate some of Cupertino’s most advanced new technologies.

We’ve witnessed an overwhelming number of Android flagships from the likes of Huawei, Xiaomi and more surface featuring iPhone X-style designs — complete with the signature notch — in the last several months. And we have no reason to believe that a slowdown in “Android innovation” is imminent.

We can expect to see yet another iPhone X clone to hit store shelves, courtesy of Apple’s contracted LCD display supplier, LG Electronics.

The South Korean smartphone OEM showcased its upcoming G7 flagship to an exclusive audience behind closed doors this year at Mobile World Congress, according to BGR.

While the handset hasn’t officially been announced yet, this morning we caught wind of another leak allegedly showcasing the device in a video of CAD renders, courtesy of TheMrPhone blog in coordination with famed serial leaker, @OnLeaks.

The brief clip showcases the device, which LG may or may not call the G7, highlighting its purely iPhone X-inspired design characteristics.

Notably, the flagship appears to feature an all-screen form-factor with the notch located at the top, front and center of the device. Though it also appears to feature a small chin at the bottom which is unlike iPhone X (but very much like a wide range of similar Android phones). 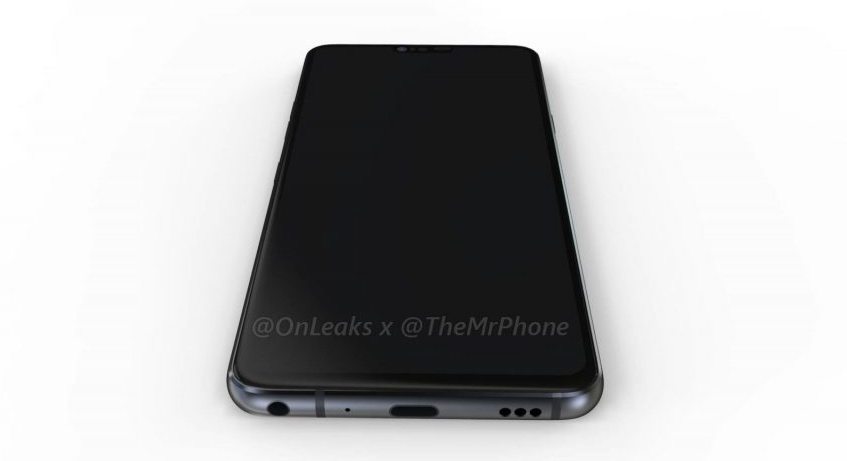 Design-wise, LG decided to stick with the industry standard 3.5mm headphone jack, while incorporating subtler, rounder edges on all sides.

On the back is a dual-lens camera system featuring two 16 MP lenses and a hardware fingerprint sensor directly beneath them.

As far as specifications go, we can expect the G7 to boast a 6-inch LCD display featuring a wacky 19:9 aspect ratio, equipped with Qualcomm’s latest Snapdragon 845 SoC powering everything under the hood, alongside either 4GB or 6GB of RAM and either 64GB or 128GB of storage.

No word on when the G7, err, whatever they call it, will be released, but with most of Android’s 2018 flagships already hitting store shelves around the globe, it shouldn’t be much longer.