Official iPhone 6S photos have been leaked…maybe. iDrop is committed to bringing you the latest and most credible articles in Apple news. We have been covering the iPhone 6S rumors and news since the iPhone 6 was released. Most recently we dropped some new information that was leaked via the extremely accurate Apple insider, Ming-Chi Cuo.

We remind you that Cuo reported the iPhone 6S would be available in a highly anticipated rose gold option. Also reported, The new iPhone camera is expected to feature a 12-megapixel sensor, or sensors for that matter. This would be an improvement on the current iPhone 6 and 6 Plus, which snap pictures at 8-megapixels. In an earlier iDrop article, we have covered the details of Apple’s acquisition of Linx, a company that specializes in DSLR camera functions.

LinX creates high-tech miniature cameras with multi-aperture capabilities. These camera modules host a variety of high-end effects, such as depth perception, and offer DSLR quality in a unit that is much smaller than any DSLR camera. LinX states on their website that their cameras also “allow Apps to freely use the 3D information captured by our camera to achieve amazing new features such as the ability to refocus an image after it has been captured, measurement of the true dimensions of objects, 3D object modeling and real time background replacement for video calls.”

These new camera modules are likely to make an appearance on the iPhone 6S. An Apple commentator, by the name of John Gruber, mentioned that the next iPhone model would feature a “two-lens system where the back camera uses two lenses and somehow takes it up into DSLR quality imagery.”

The “leaked” image features two of the most anticipated rumors including the rose gold color and the dual lens system. We write the word “leaked” in quotation marks due to the highly suspicious nature of this image. This image appears to be manipulated and merely a piece of digital art. Even if it is fake, it’s fun to imagine what the 6S in rose gold could possibly look like. 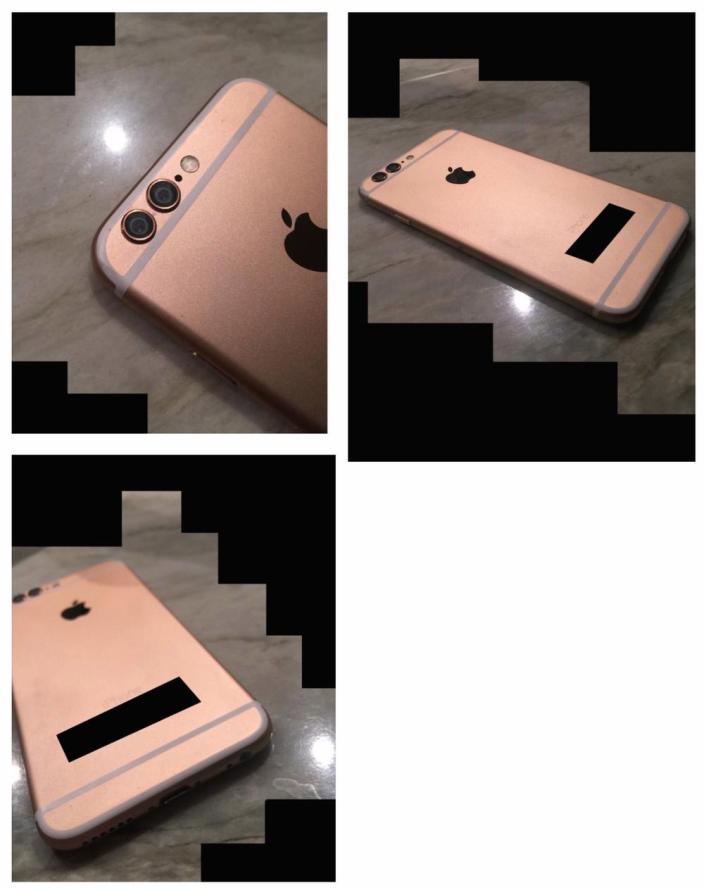 There are reports that LinX camera modules are much smaller than the ones currently available on the iPhone 6 and 6 Plus. A smaller camera module could possibly allow Apple to integrate the dual lens system into one camera module. If not, Apple might develop an appealing pill shaped module that would house the two camera lenses together.

Also reported for the iPhone 6S is an enhanced microphone for more accurate Siri use, improved Touch ID technology for more precise fingerprint readings, the new faster A9 chipset, 2 Gb of RAM, and Force Touch capability.

Some reports have stated that Apple has already gathered the necessary materials to produce the iPhone 6S. Being ahead of schedule means that Apple could possibly announce the iPhone 6S before their typical September timeframe.

This information should be taken with a grain of salt, however. If Apple did have ample supplies to make the iPhone 6S ahead of schedule, they would most likely wait to make sure all production was going according to plan. We know that rushed products usually equal fiasco. Remember the backed up production of Apple Watch, which was due to faulty parts from one of their suppliers. Apple is still continuing to try to catch up to demand, a problem Apple will most likely try to prevent in the future.

With all of the compiled information we have regarding the iPhone 6S, it seems like it will be a worthy upgrade over the current model. We don’t know for sure when Apple release the iPhone 6S, but chances are we will find out much more information this September. In the mean time continue reading iDrop News for all your iPhone 6S and 6S Plus updates.