Back in March, we reported on a newly published Apple patent the company had initially filed with the U.S. Patent & Trademark Office (USPTO) years prior outlining an “Electronic Accessory Device.” In essence, the device embodied in the patent was a hollowed-out, MacBook-style keyboard accessory complete with a built-in touchscreen display and aluminum, unibody enclosure that would be powered by an iPhone when the handset is docked into a built-in terminal on the unit.

Shown in the USPTO concept renderings below, the iPhone, while also serving as the accessory’s primary CPU, RAM, operating system and component array, would also act as an interactive, touch-based control unit, which would be used to navigate the device’s built-in touchscreen display just like traditional trackpads on a laptop. 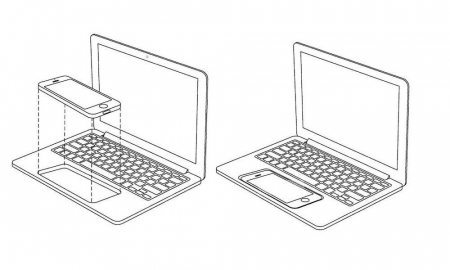 It was and still is a fascinating concept: one that’s actually been tested numerous times over the years, most notably in Motorola’s failed Atrix 4G lap dock device. However, tech enthusiast and entrepreneur, Avi Barel, in a recent post published to Medium, shared an equally fascinating concept video examining the hardware/software challenges currently standing in Apple’s way of achieving this so-called “modular MacBook vision.” 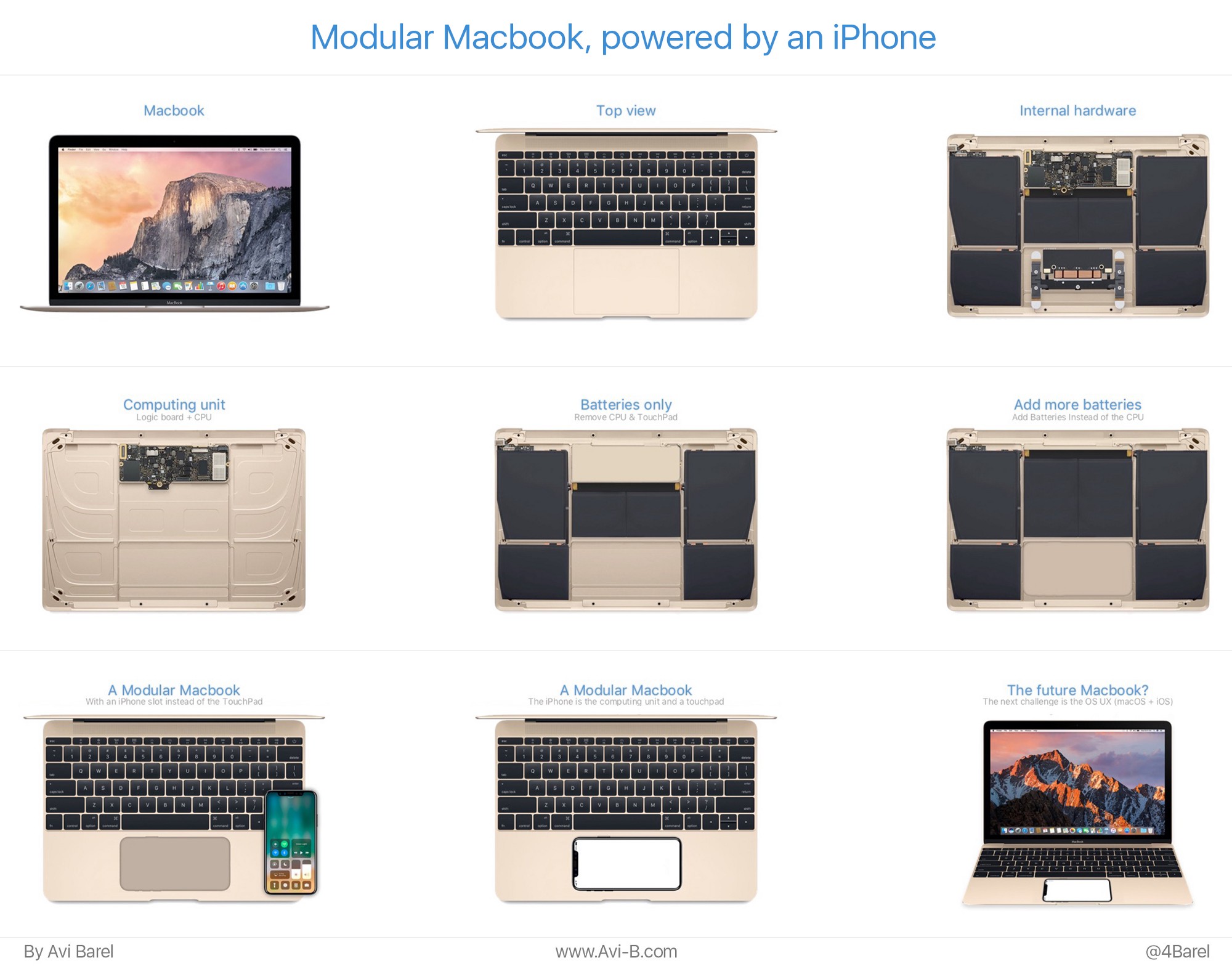 As Barel notes, Apple’s main challenge is leveraging integration between operating systems with variable factors such as chip architecture, touch-based peripherals, and user interface. In other words, the key issue is creating a framework that would allow certain iOS and macOS apps to operate dichotomously — similar, in a sense, to how Windows did with the introduction of Windows 10 for Mobile and Windows 10 for PC.

As it pertains to Apple’s “Electronic Accessory Device” patent, Barel is adamant that Cupertino is uniquely well positioned to create a successful rendition of the “modular MacBook” — and particularly one that would shine where others, such as the ASUS PadFone, Google Project ARA, and various devices from Modu, have previously failed.

Another issue standing in Apple’s way, however, would be the company’s ability to create an enhanced UI for the iOS platform, which would exclusively kick in when the iPhone is docked into the accessory’s terminal. Creating a seamless experience for users would be key, but also worth noting is that while the device would physically look and function like a MacBook — complete with a full keyboard and aluminum, unibody design — it likely wouldn’t be considered a Pro-grade device like the MacBook Pro. Rather, it would be geared towards the “average user” — someone who utilizes iOS apps and wouldn’t mind taking advantage of their optimization and enhanced features built exclusively with the larger touchscreen display in mind.

It’s up in the air as to whether Apple will ultimately create a device like this, especially since the company has been adamant about not ‘blending products’ like the Mac and iOS devices. Nevertheless, it’s still an interesting concept that the company has at least been flirting with. See the video below.