There have been plenty of rumors surrounding the next iteration of Apple’s iPhone, already being called the iPhone 6S. From a dual-lens camera to a bezel-free design, many of these rumors come from speculation. However, KGI Securities analyst Ming-Chi Kuo, who has a long track record of accurate predictions regarding upcoming iPhone models, recently published a research note regarding the new 6S with several new rumors about the phone.

According to Kuo, the iPhone 6S will be taking a few cues from the release of the Apple Watch, most notably adding Force Touch technology to the screen, and designing the casing with the Series 7000 aluminum featured in the Watch. Force Touch technology, introduced in the Apple Watch and in the latest Retina MacBook and Retina MacBook Pro, uses sensors to detect how much pressure the user is applying on the screen. Pressing harder on the screen can trigger a different action in apps than a light touch, for example a soft touch could select a photo, while a hard press could bring up the photo’s options menu.

Kuo has said that Force Touch on the iPhone could bring about “the most significant change to date for the iOS user interface.” The casing will likely be made of a Series 7000 aluminum alloy, modified to increase its strength while keeping the weight at a minimum. According the Apple, the aluminum alloy, which they introduced with the Apple Watch Sport model, is “60 percent stronger than most aluminum, and one-third the density of stainless steel”. 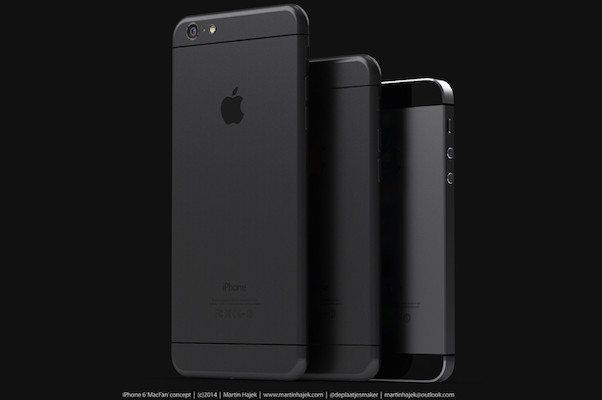 The addition of Force Touch technology and the more durable casing adds just a bit of size to the phone – a miniscule 0.15mm in width and height, and 0.2mm of thickness (which is rumored to eliminate the “camera bump” many users have complained about in the iPhone 6 and 6 Plus models). Perhaps Apple can avoid another “bendgate” scandal for this next release.

Kuo mentioned a slight modification of the casing colors in the iPhone 6S, as well. Once again inspired by the Apple Watch, a rose gold model will likely be added, and the gold and gray models will see a bit of a color change – the gold will look a bit more like the 18-karat yellow-gold featured in the Apple Watch Edition, and the gray color will be a bit darker, perhaps in line with the Space Black Apple Watch.

While Kuo didn’t confirm any of the other rumors surrounding the phone, he did mention a slight upgrade in the camera. The existing 8MP camera will be upgraded to a 12MP camera. He did not comment specifically on the rumors of an upgraded front-facing camera, or dual-lens technology for the rear camera.

The iPhone 6S will reportedly be announced on September 8th of this year. Pre-order is expected to become available on September 18th, and the phone will ship to customers on September 25th.