An Arizona man was allegedly hospitalized days before Christmas after his brand new Apple AirPods earphones exploded in his ears.

According to an article that is circulating the web, Josiah Johnson received 2nd-degree burns on his face and 1st degree burns in the lower extremities while watching pornography with his earphones on.

Johnson was admitted to the hospital and is expected to make a full recovery but experts warned AirPod owners about the dangers of using Apple’s popular earphones. “Just throw them out,” said tech expert Lee Xiu.

If that story sounds absurd, it’s because it is.

The story originated from satire entertainment website Huzlers, who is well known for publishing stories featuring ridiculous crimes and strange sex acts among others.

However, the story picked up a bit of traction on social media with many people reacting to the fake story with confusion, shock and gullibility.

While nothing about the news story was real, neither was the photograph of the supposed injury that was included in the article. See the graphic headline image here.

According to fact-checking website Snopes, “The included image of the supposed AirPods ‘victim’ can be traced to an article about managing external burns of the ear which was published in the Indian Journal of Burns in May 2013, three years before Apple released the first generation of their AirPods.”

However, this is not the first time that a story about Apple’s AirPods exploding has made the news.

Earlier this year, a man from Tampa, Florida claimed that his AirPods exploded while he was exercising at the gym. According to WFLA, white smoke from Jason Colon’s AirPods started billowing out during his workout at LA Fitness.  He left the earphones on a piece of workout equipment and went to get help. When he returned, the earphones were fried.

While the alleged incident did prompt an investigation from Apple, no real evidence was found to support the claim.

Apple’s AirPods were one of the hottest items this holiday season, and so it makes sense that the earphones would be the focus of many satire websites.

According to a report by CNBC, the AirPods appeared to have sold out at all Apple U.S. stores ahead of Christmas and with Amazon, Best Buy and Fry’s Electronics also out of stock.

AirPods for Christmas also became one of Twitter’s most popular trending topics. This turned into an abundance of memes and online jokes about the AirPods. Many of them poking fun at the supposed elevated social class the earphones represent and some hilariously referring to the earphones as the elite fashion must-have item of the season. 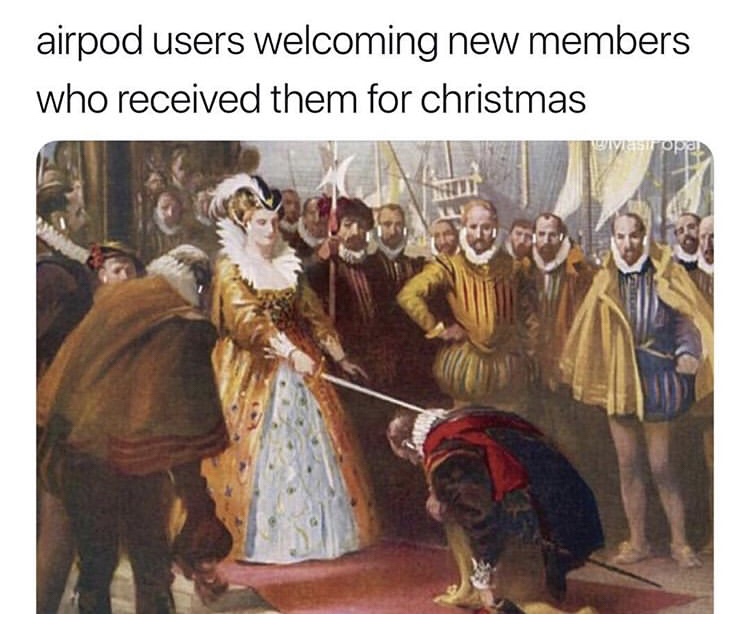 While the AirPods have been in the market for only two years, the impact on popular culture at the moment is undeniable.