Cupertino’s recently refreshed, 2nd generation wearable might have touched down just a little less than a month ago, but it appears that Apple Watch’s chief creators are already inventing, investing, and patenting away a slew of exciting new technologies; several of which could potentially see their way into future Apple Watches.

We’ve heard plenty of more ‘far-out’ rumors, of course, like the one about Cupertino’s vision for a future Apple Watch featuring quote, unquote ‘active fluid’ OLED displays; and we’ve even heard several other, perhaps more realistic rumors, such as the one about future Apple Watches being charged directly via the Digital Crown, for instance.

An entirely new Apple Watch patent that we’re catching wind of just this morning, however, may give us a slight glimpse into Apple’s potential plans for bringing kinesthetic, movement-based gesture controls to future versions of the Watch.

First revealed by PatentlyApple, the Cupertino-company’s new patent outlines a series of sensors that Apple is calling an “advanced wrist gesture processing system,” which, as a cluster of thin and discreet hardware sensors, can be implemented into the chassis of the wearable. As you might imagine, such a set up would then render those Apple Watches capable of detecting, and then responding, to various movements of the wrist. 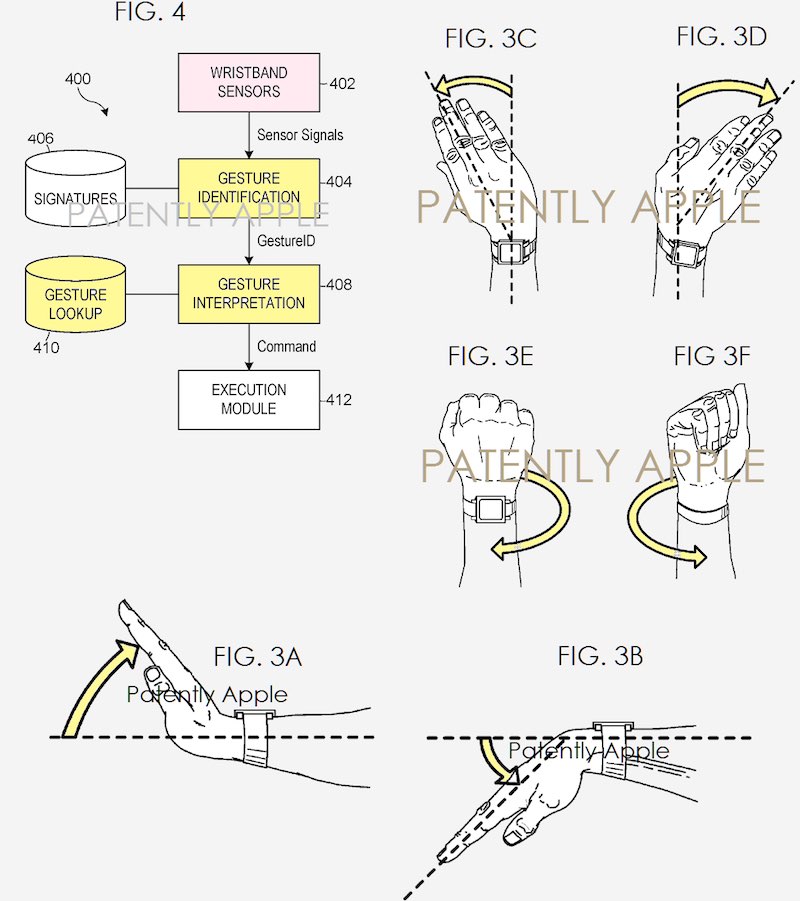 For instance, as you can see from the figures below, Apple appears to have created a faux draft of various wrist movement commands for controlling certain elements of the company’s Watch. Though Apple does not go into explicit detail about what each gesture would control, there appears to exist a multitude of different command types. Various articulations, for instance (such as palmar flexion, abduction, and ulnar deviation of the wrist) would then trigger each respective command.

It’s a pretty neat little feature, I think, being able to just whip or flick your wrist to activate or initiate certain Apple Watch functions all casually like that, wouldn’t you agree? There’s certainly no guarantee that we’ll ever see this feature in a commercialized version of Apple Watch, of course, but it still seems to fit the bill irrespective of what Apple’s ultimate plans are. 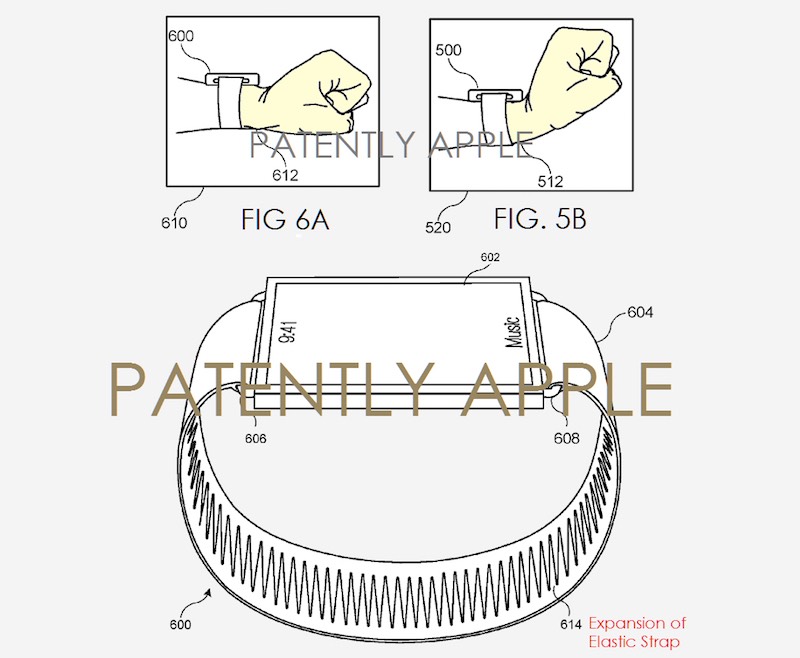 Additionally, the chart from the following image appears to once again reveal an Apple Watch feature that I personally think a lot of us were hoping for this year — and that would be the inclusion of a FaceTime/Selfie camera sensor, which is mysteriously missing from the Watch on each of the filing’s diagrams.

Given that many of the rumors we heard leading up to Apple’s iPhone 7/Watch Series 2 unveiling, suggested that we could expect a camera this year — well, we obviously didn’t get that.. And so it’s only reasonable to assume that Apple Watch Series 3 will be epic.

What do you think about these Apple Watch patents? Let us know in the comments!