Apple may be working on two new unreleased devices with an innovative, new feature, according to a new report. The rumors come from a Reddit user named Foxconninsider, who claims to work at Tsinghua University. He reportedly supplied credentials to Reddit moderators, who seem to have vetted him and confirmed his identity, according to BGR.

The Redditor explained that Foxconn, one of Apple’s primary manufacturing partners, had held an event at Tsinghua University where representatives showed off prototypes of two upcoming Apple products, according to the Reddit post.

The first device is a secondary, touchscreen OLED display that is rumored to be featured on the upcoming MacBook Pro refresh. The display, which would be installed above a MacBook Pro’s standard keyboard, would allow for certain tasks to be done more quickly, and would change modes depending on the application open at the time, according to Bloomberg. But rumors of this feature have been floating around for a while, so Foxconninsider’s tip only helped to add more credibility to its alleged existence.

The second device that the Reddit user leaked is something that no one apparently knew was even in development: a next-generation prototype of Apple’s Magic Keyboard with a special trick.

Similar to the OLED MacBook Pro display reportedly in development, the new version of the Magic Keyboard will change depending on the user’s needs. It’ll allegedly feature an E Ink display on each individual key. In short, this would allow the keys to change depending on what application or software is currently being used, BGR reported. 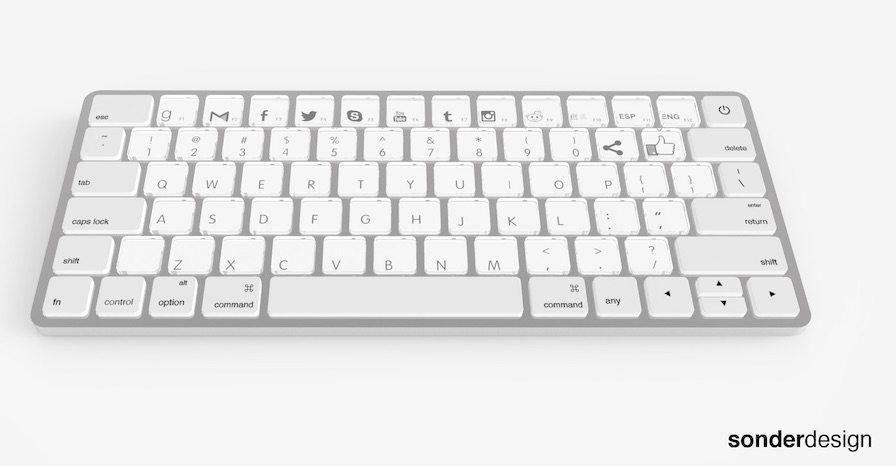 According to Foxconninsider, Apple is currently working with a startup called Sonder — which is allegedly in the process of being acquired by Apple — on the E Ink-outfitted Magic Keyboard. Indeed, the Australian keyboard company’s primary product is a keyboard with shapeshifting, E Ink keys. In the video below, posted by Sonder, you can get a small glimpse at what a next-gen Magic Keyboard could look like — although Foxconninsider has stated that Apple’s version will use color E ink instead of the grayscale ink in the video.

Of course, these rumors are just that: rumors. But if they turn out to be true, we could see a versatile, key-changing Magic Keyboard as soon as 2018, Foxconninsider wrote in a later Reddit post.