Rumors of an Apple Car have been circulating the internet since February, when the Wall Street Journal reported that Apple CEO Tim Cook gave the go-ahead to assemble a team to develop, design, and build an Apple-branded electric car.

The Internet is Flooded With ‘Apple Car’ Concept Art

Rumors surrounding the project have heated up and cooled down repeatedly over the last several months, and now, the project, code-named ‘Titan’, employs several hundred employees – many of them former Tesla, Ford, and Mercedes Benz employees.

Well, the rumors are heating up again, this time due to another Wall Street Journal report that claims the car will be ready by 2019.

The report, citing “people familiar with the matter” claim that Apple is fully committed to the project, and has set a “target ship date” for 2019. The report also states that Apple is looking to triple the amount of employees working on the team – from roughly 600 to nearly 1,800 – in an effort to speed up the process.

Not much else is known about the project, but many speculate that the company is looking to produce an autonomous or ‘self-driving’ car. The rumors first surfaced when Apple-owned minivans equipped with LIDAR equipment and cameras were spotted cruising the streets of San Francisco.

These rumors again gained momentum when a Business Insider report from August stated that Apple engineers scheduled test times with officials from GoMentum station, a “high-security facility that’s been used by Honda and Mercedes Benz for testing autonomous vehicles.” 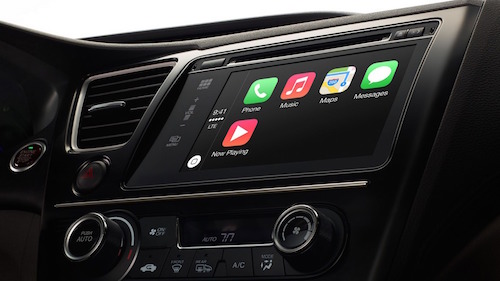 Apple has recently begun to take a foothold in the car business with CarPlay, a system that integrates iOS device functionality into the display units of automobile dashboards – essentially iPhone controls from your car stereo.

CarPlay is available on many new model automobiles, including recent models by Hyundai, Honda, Volvo, and Mazda. However, with no experience in automobile manufacturing, it is unclear whether or not Apple will build the car in-house, or hire out the manufacturing to a third-party.