There’s still a few weeks to go until Google’s annual I/O developers conference, where it’s anticipated we’ll get our first official glimpses into this year’s upcoming Android P software update. Thanks to the company’s own inadvertent slip-of-the-tongue, however, we may have a slightly better idea of what’s coming down the pike.

The evidence comes in the form of the following screenshots, which were published to Google’s website late last month for a short time, prior to being pulled — but not before the quick-thinking bloggers over at 9to5Google were able to swoop in and save a copy of them for further examination.

The images show what appears to be a redesigned Android user interface which may or may not represent the final build of Android P we’ll be seeing next month. Notably, while the screenshots showcase a refined and modestly redesigned interface, it’s also worth noting that Google appears to have “borrowed” some of Apple’s  UI elements from the iPhone X, implementing them in its own software.

One of the biggest potential changes coming to Android P is a redesigned app-switcher interface, which surely enough resembles something ripped straight out of Apple’s playbook.

Whereas past and current Android interfaces allow users to tap a recent apps icon, opening a vertically-oriented app-switcher which appears like a stack of cards that can be scrolled through vertically, Android P, as we can see in the images below, will apparently feature a horizontally-scrollable menu displaying open apps side-by-side — which is very similar to what’s been available on iOS for as long as we can remember. 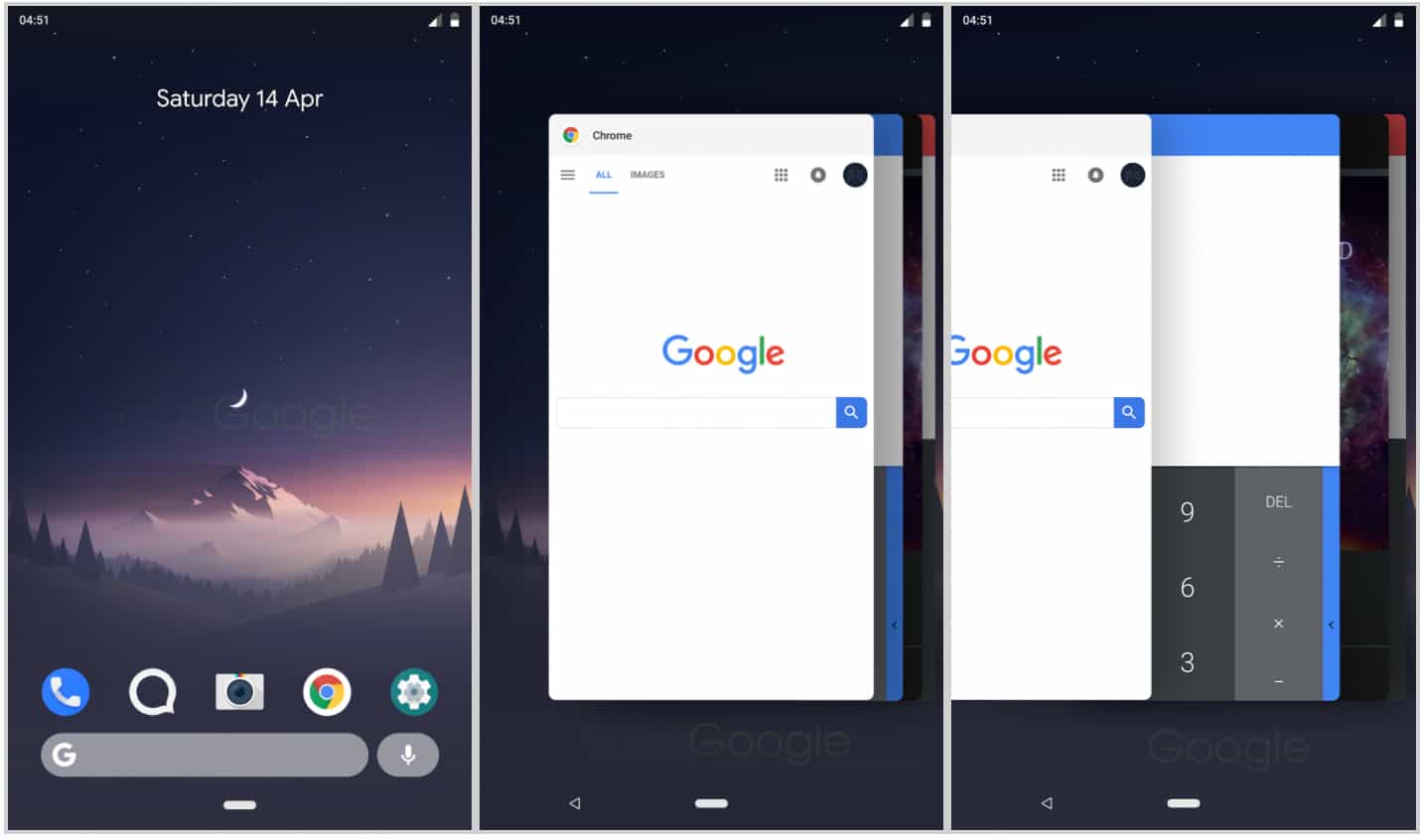 In a further nod to its blatant iPhone X styling, Google also appears to have redesigned the Android P navigation bar — doing away with the current recent apps icon, altogether, while reconfiguring the Home button to embody a pill-shaped icon that’s eerily similar (albeit much smaller) to the one on iPhone X.

Also, as it’s done on iPhone X, Android P will users reportedly access the new app-switcher menu by swiping up from the bottom of the screen, CultofMac notes.

Despite these iPhone-inspired changes, 9to5Google noted that certain aspects of the Android app-switching interface appear to be unchanged — at least in the preliminary software build showcased in today’s images. For example, “rather than swiping up from the bottom pill to go home like the iPhone X’s navigation system, you still do a simple tap on the pill to go back home or to exit the multitasking screen,” the publication noted, adding that Google’s voice-driven personal assistant is still accessible via a long-press on the new pill icon, as is the current Android “flowery animation” resulting from that long-press.

Other details revealed include the presence of a new “contextual back button,” which the publication explained will hide and reveal itself in certain situations based on whether it’s needed.

Of course, remember to keep in mind that while these screenshots are coming straight from the horse’s mouth, and are therefore credible as we’d expect them to be, nothing is set in stone yet and any of these design elements could be altered or scrapped ahead of Google’s I/O conference scheduled for Friday, May 4, 2018.