A slew of additional workout types and fitness activities are coming to the Apple Watch operating system this fall, according to new strings of code, icons and titles unveiled in the latest iOS 11 developer beta unearthed by iHelpBR. Presumably, the icons and titles will be used when reviewing Apple Watch-tracked activities and workouts on a connected iOS device. The new workouts include the following and more. 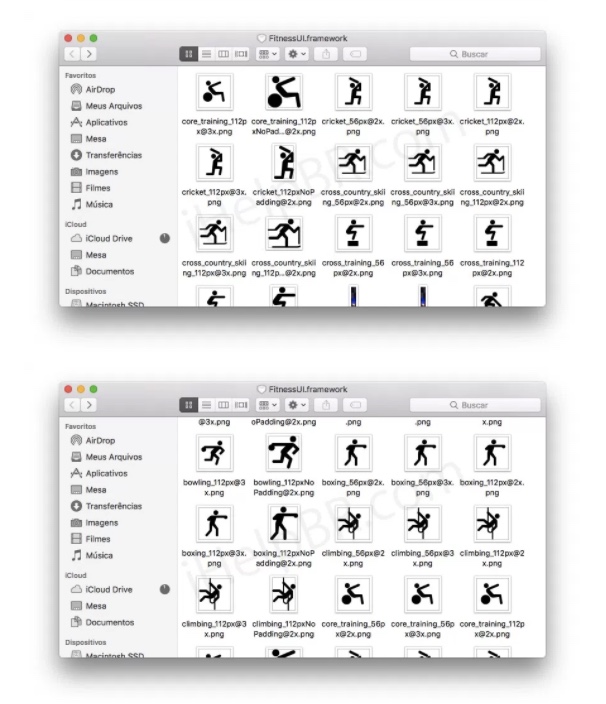 While the new workouts are not yet present in the most recent watchOS 4 beta, the latest Apple Watch software does include additional activity options such as outdoor swimming, elliptical workouts, high-intensity interval training (HIIT), and others. Notably, the addition of HIIT training was officially confirmed by Apple during WWDC ’17.

On the current-generation Apple Watches and corresponding operating systems, there are only 12 workout options to choose from. Those include workouts related to Walking, Running, Cycling, Swimming, Elliptical, Rower, Stair Stepper and “Other” — with the latter option having less specific data tracking and metrics.

Apple is widely expected to unveil an Apple Watch Series 3 at its September event (which is currently rumored to take place on Sept. 12). The upcoming Apple wearable is rumored to include a new LTE modem for cellular connectivity, but not much else. While LTE capabilities would allow the Series 3 to be less dependent on an iPhone, the upcoming device still won’t replace your main handset any time soon.